Two bullseyes in her final competition of the Tokyo Paralympics have earned Scunthorpe’s Victoria Rumary a bronze medal for her archery skills – a result which delighted Scunthorpe’s Freemasons, who contributed to the purchase of a specialist wheelchair in which she could compete. 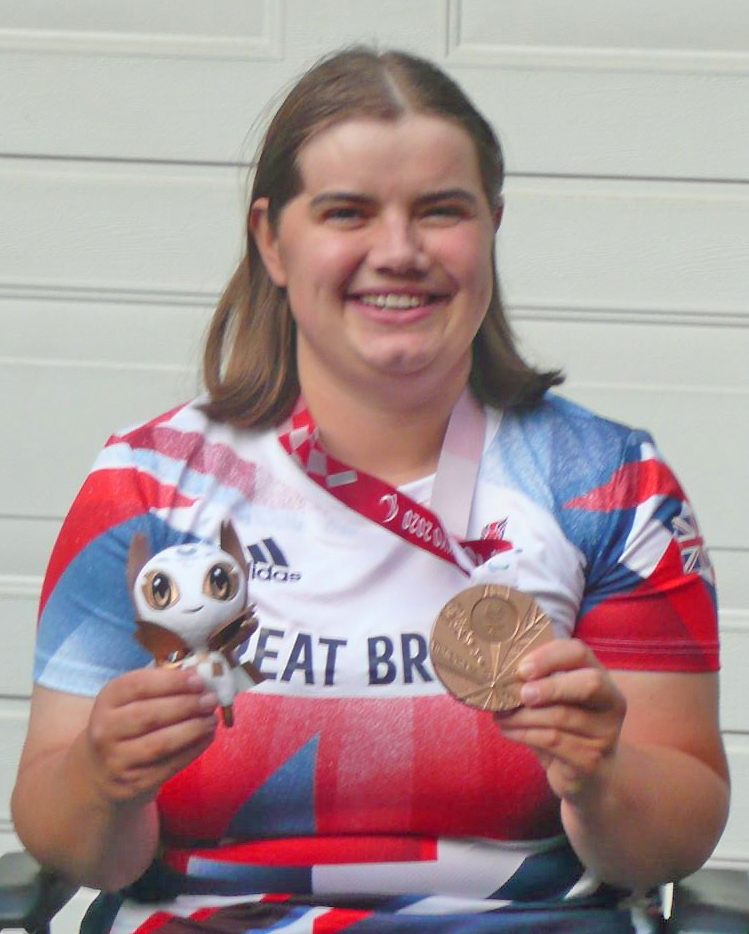 That financial support was given in the summer of 2018, and was necessary to keep her shooting within the rules of wheelchair archery, which forbid the bow from touching the chair. Without the specialist chair Victoria had been forced to sit on planks on a conventional chair to ‘stay legal’.

The road to Tokyo has been a long one for Victoria, who had been considered for the Rio Paralympics, but wasn’t named as one of the final four in spite of shooting a perfect score during the selection event. “Being new to the GB squad, one of my main aims then was to compete in the Tokyo 2020 Paralympics. We had no idea then that the pandemic would delay the games until 2021,” she said.

Scunthorpe Live reported that she said: “After the last 18 months it was great to be competing internationally again at the world ranking and Paralympic qualifying competition in the Czech Republic. I’m so happy with my performance there, and how I managed to win Gold individually and a bronze in the mixed team.”

Victoria first took up archery as a 14 year-old and is a regular at the Lincoln Archers – an archery group with close ties to Archery GB which is the governing body of archery in the UK. She has been confined to a wheelchair after surgery associated with epilepsy.