Bob’s skydive could turn him into a world record holder 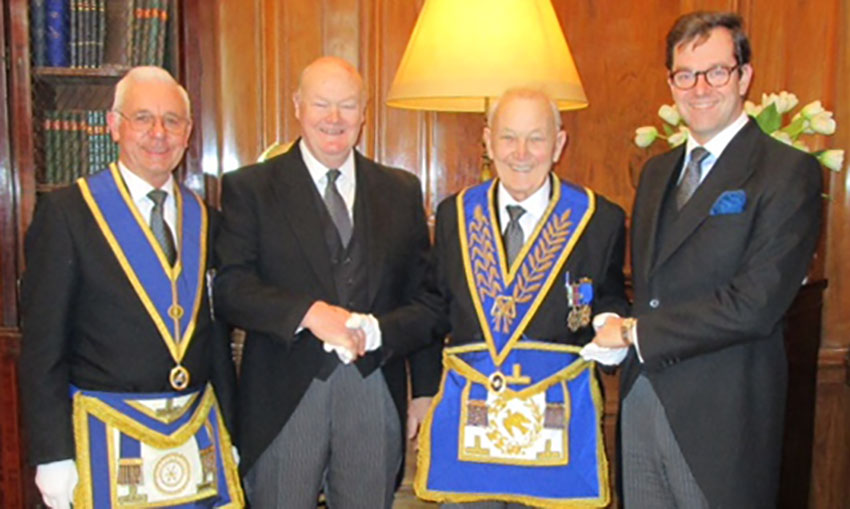 Will Bob Smith be the oldest Freemason ever to make a parachute jump for charity? To be honest, we don’t know, but since he’ll be making the jump about a week before his 85th birthday, we’re willing to make that claim on his behalf, and wait to be proved wrong.

Bob, a member of Sir Joseph Bank Daylight Lodge in Horncastle, shared news of his planned jump with Pro Grand Master Peter Lowndes and Grand Sectretary David Staples just before the March Quarterly Communication meeting at Great Queen Street. He was able to tell them that he has collected pledges for almost £3,000 of a £10,000 target, far exceeding the £500 he set out to raise.

Peter complimented Bob on his dedication to Freemasonry, and wished him well for the jump. Bob said: “We spend a very enjoyable 15 minutes in their company, and M W Bro Lowndes asked that we keep his PA infornmed so that he could mention it at the June meeting.”

Bob is jumping to raise money for #Lincs2025, and you can sponsor him in person or on line at this link.