Let us tell you a story…

UGLE looks for Communications Executive: Could it be you? 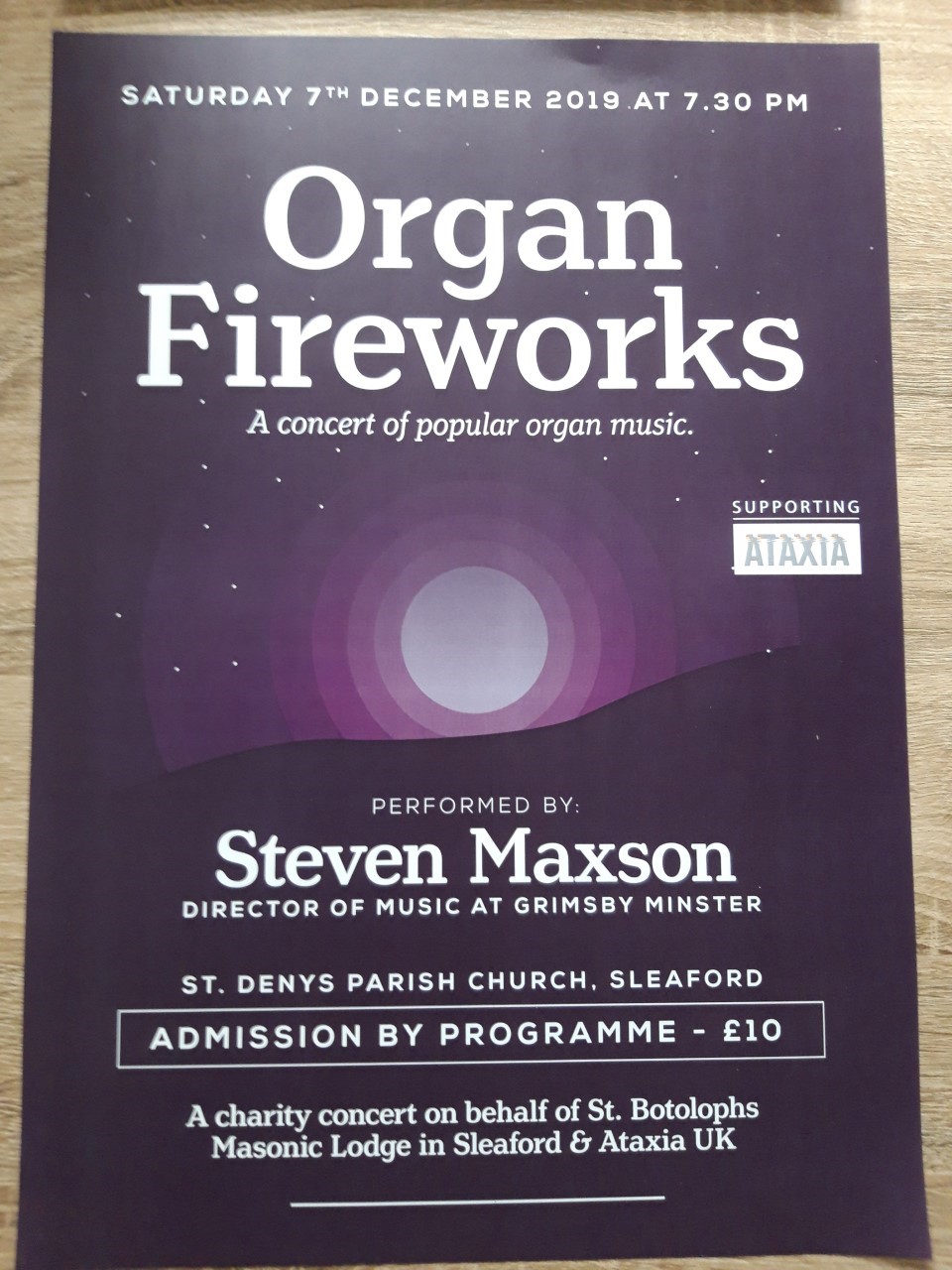 The evening is organised by Peter Allison, a member of St Botolph’s Lodge in Sleaford, in  memory of his late father, Derrick Allison (1931 – 2018),  and to raise money for the Masonic Charitable Foundation and a “specialist” little known health charity that goes by the name of Ataxia UK.

Peter and his father, shared a common interest in “pipe organs” for many years. Derrick had an idea back in 2008, to raise much needed funds for various Masonic Charities, as he was a beneficiary of the Masonic Charitable Foundation. To these ends, he personally hired the prestigious Durham Cathedral, 5 times, and 2 other, ( local to Durham), churches when the Cathedral became too expensive to hire. They were well supported events, and not just for lovers of “organ music”, but for those people who want to help out financially.

Peter lived until a few months ago, in the town of Knaresborough, North Yorkshire, and moved down to the Sleaford area of Lincolnshire with his partner, Jill, where he joined St Botolph’s Lodge and was thinking one day, “how can I do something” now I am retired on health grounds with the condition known as ATAXIA,

He had a “light bulb” moment, and decided to follow in his fathers footsteps and help through his own love of the genre and  from his Lodge in Sleaford.

The evenings music will be played by the Director of Music of Grimsby Minster, Mr. Steven Maxson  who has played all over the UK and overseas. The programme will be a “light and popular one”, so will suit those who have not heard much, if any, organ music before.