Masons Go To The Dogs 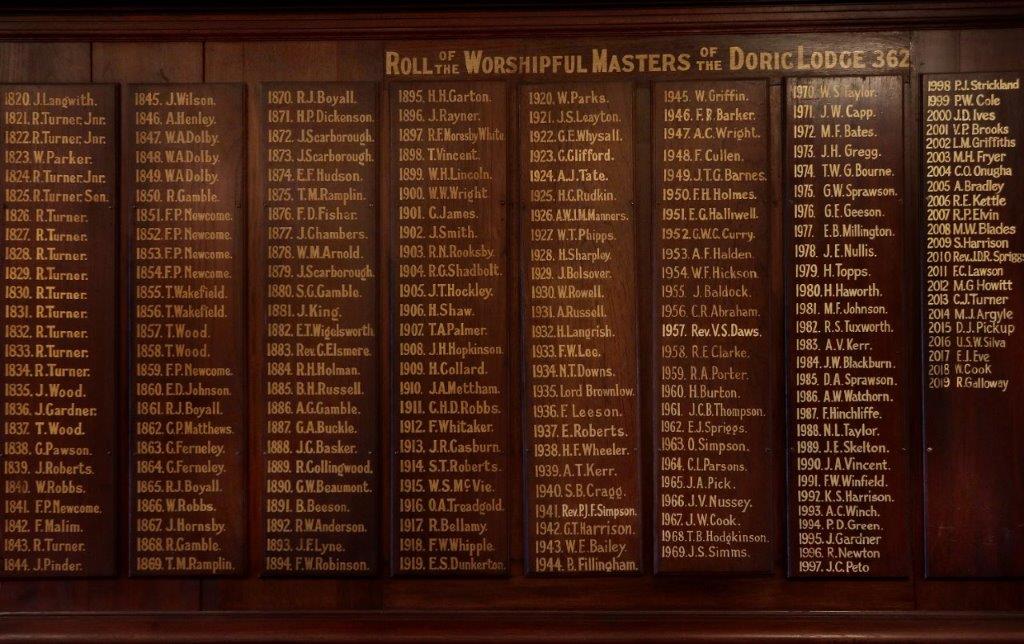 The record of Past Masters of Doric Lodge