Festival begins: More than 160 gather in Grimsby to launch #Lincs2025

Brian’s experiences as a National Serviceman will boost Festival funds 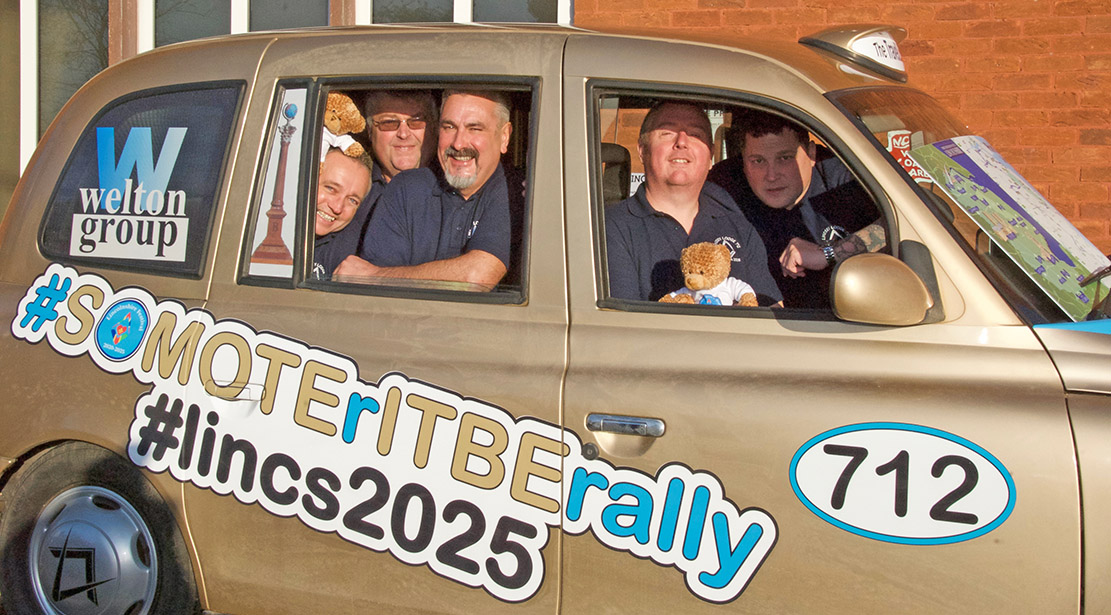 Tony O'Brien, in the driving seat, with mates from Lindsey Lodge in Louth. They'll be driving the golden taxi around all of the 21 Masonic centres in Lincolnshire over one weekend on the 'SOMOTerITBE rally'.

More than 160 Brethren from throughout the Province have gathered at Grimsby to launch our #Lincs2025 Festival – and the turnout has delighted Festival Chairman Jez Hyland.

“There was a tremendous buzz in the room with so many people not only attending, but being positive about what we aim to achieve in this Festival on behalf of the Freemasons’ charity the MCF,” he said. “It was especially useful to have representatives of some of the charities join us for lunch, so members could hear first hand the positive difference we have been able to make at the ‘sharp end’, where the important work really happens.”

The Festival aspires to raise £2.25m over the next five years – and will do so without having any targets. PGM Dave Wheeler said: “I really don’t want to hear the ‘T’ word, and there will be no league tables. We all joined Freemasonry to have an enjoyable time, and that’s what I would like us to do. Festival events will be designed for everyone to gather with friends and families, and the fundraising will happen as a result. If we all commit to having a good time, and contributing what we can, I have every confidence that our aspiration will be met.

“The Festival represents a fantastic opportunity to further bring us together, and involved wives, partners, family and friends. Let’s get involved and be happy and successful together. The end of the Festival is no time to look back and regret not having got involved in it. Don’t miss the opportunity.”

He also made some promises. “The Province will supply resources to help you wherever possible, and I’ll attend events. Get them into the diary well in advance of the event, and if we’re available my wife Liz and I will come.

James Newman, Chairman of the Trustees at the Freemasons’ charity the MCF, said the charity would award about 40,000 grants in our name during the course of the Festival. He said:”Everything we do is in your name.” He was also persuaded to invest in a pair of cufflinks, which he promised to wear whenever he was in Lincolnshire.

As well as the traditional standing order arrangements (details available on the ‘how to donate page here), lots of fundraising initiatives are already planned (with details for more information in brackets) including: 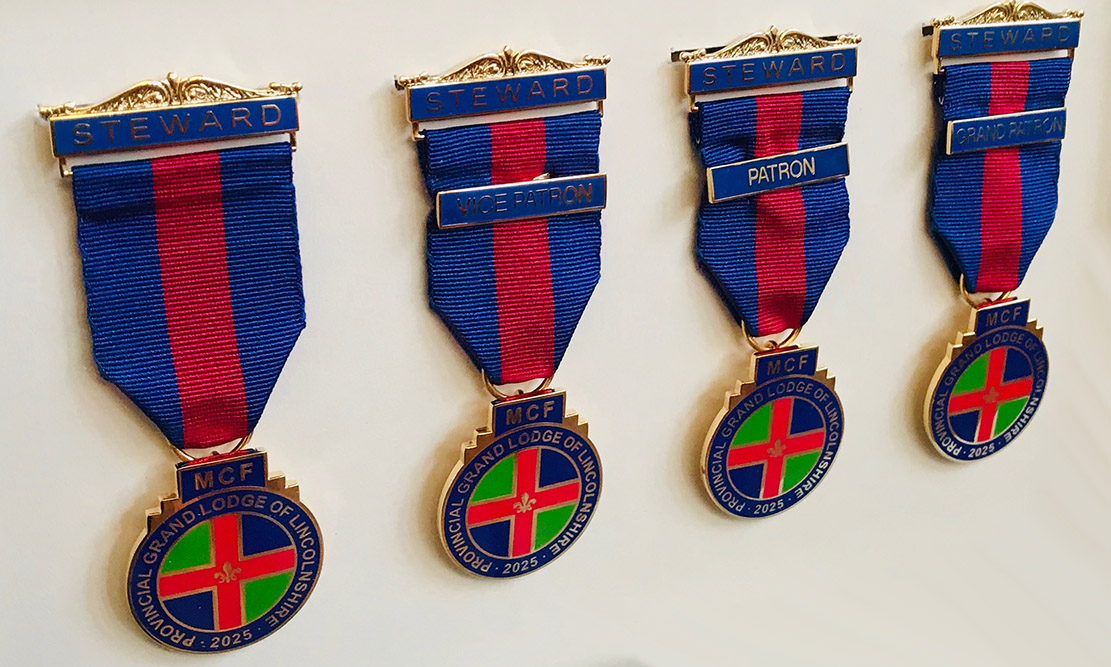 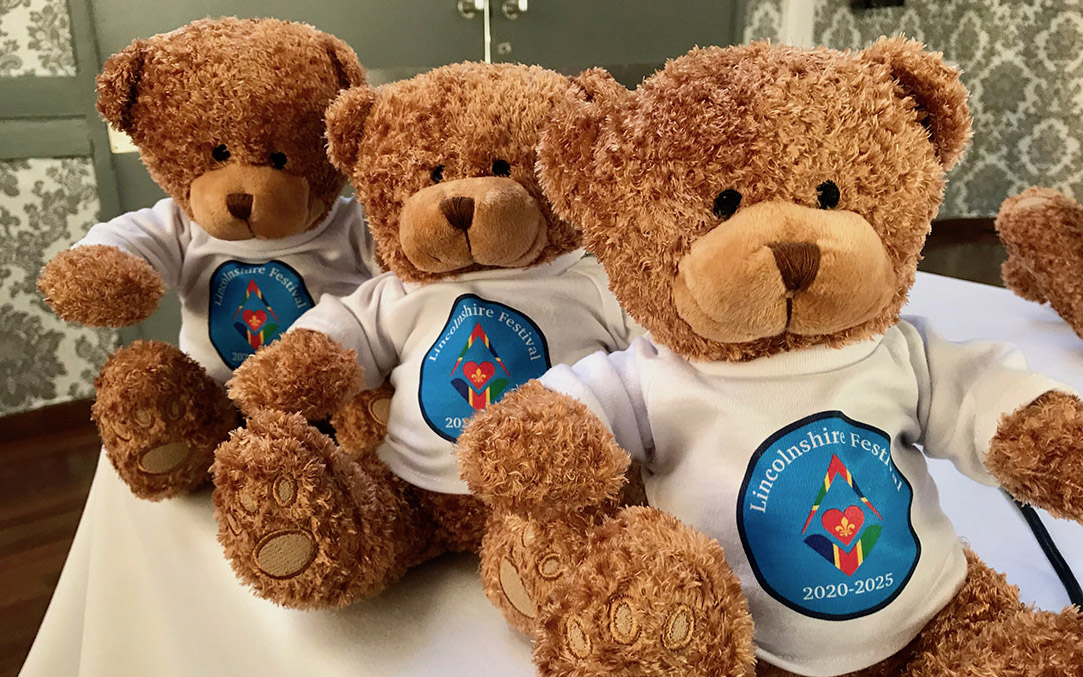 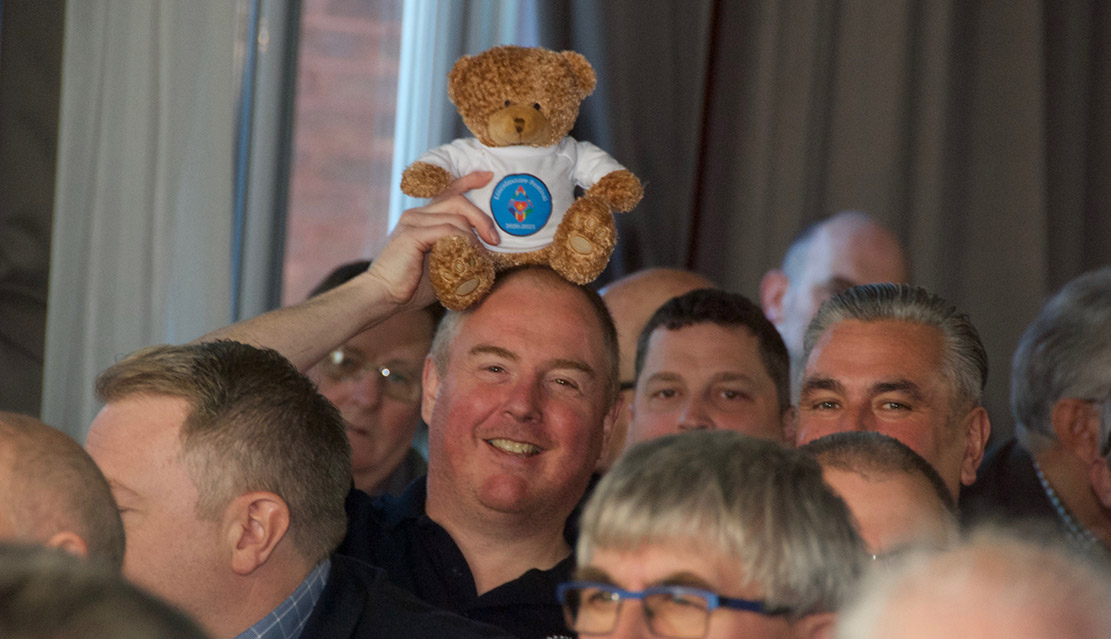 Tony O’Brien and a festival teddy 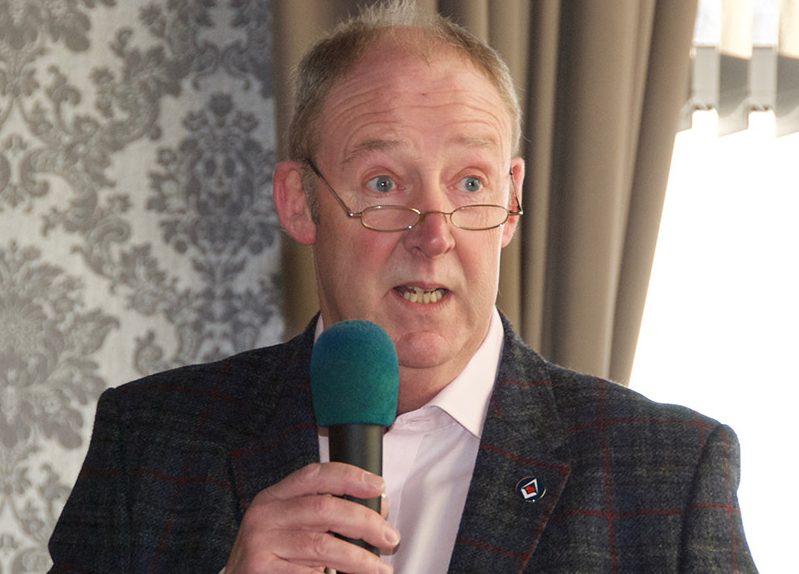 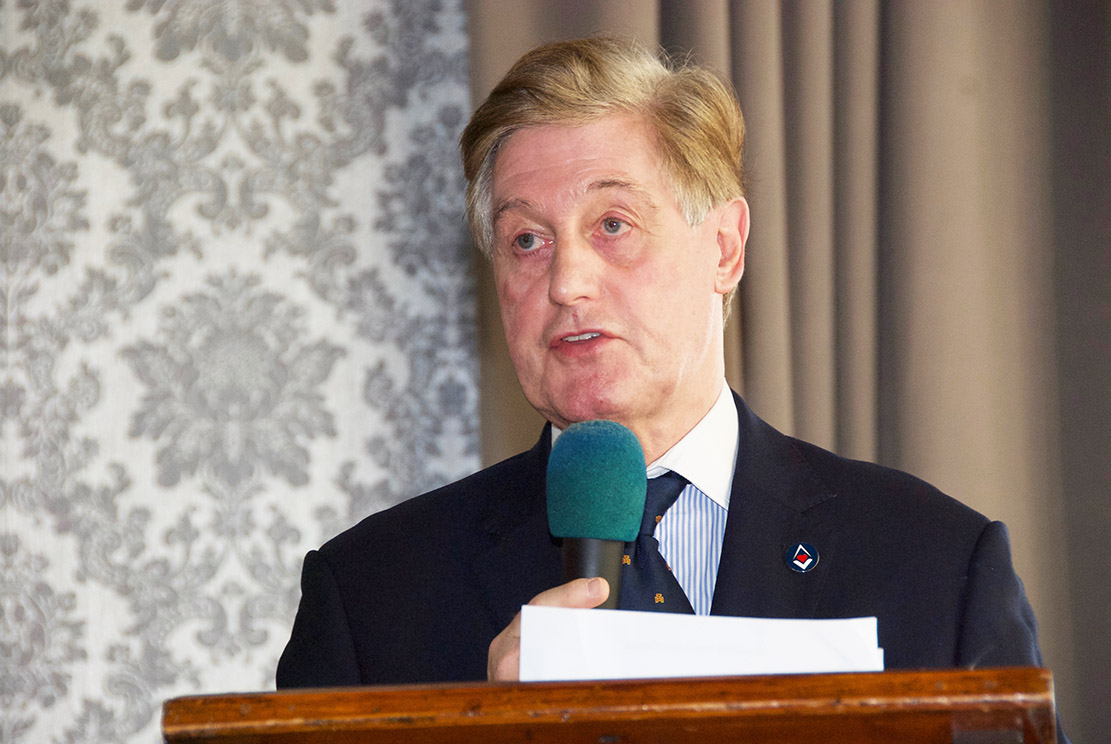 James Newman, Chairman of Trustees at the MCF. “Everything we do is in your name.” 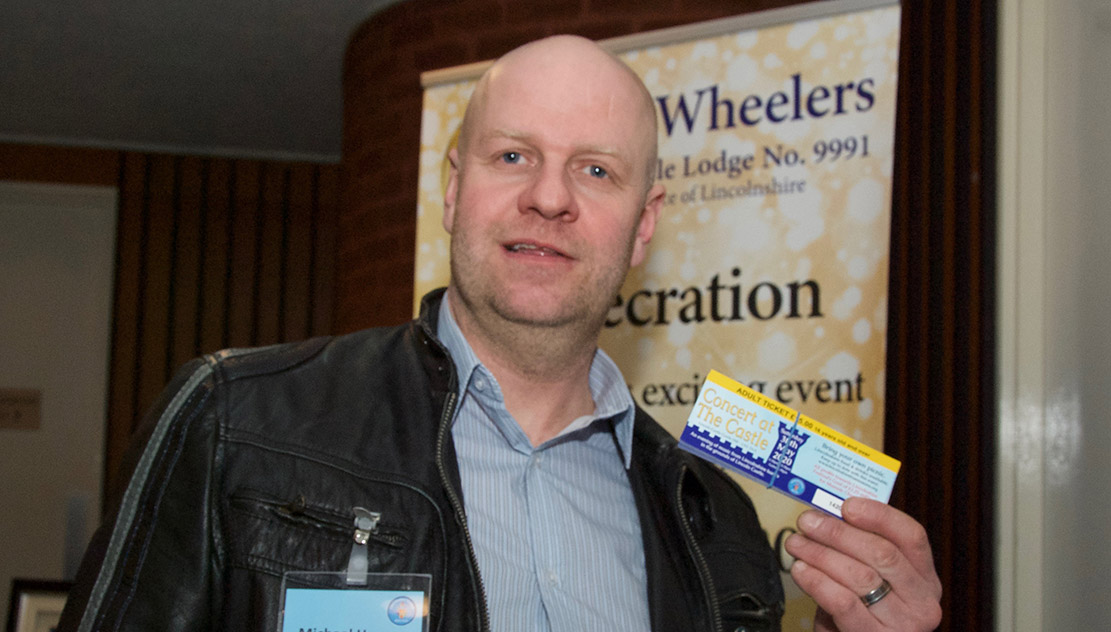 Events committee member Mike Haynes with tickets for the Concert at the Castle, on May 30th.

Part of the 160-strong audience

More members of the audience at the Grimsby Masonic Hall 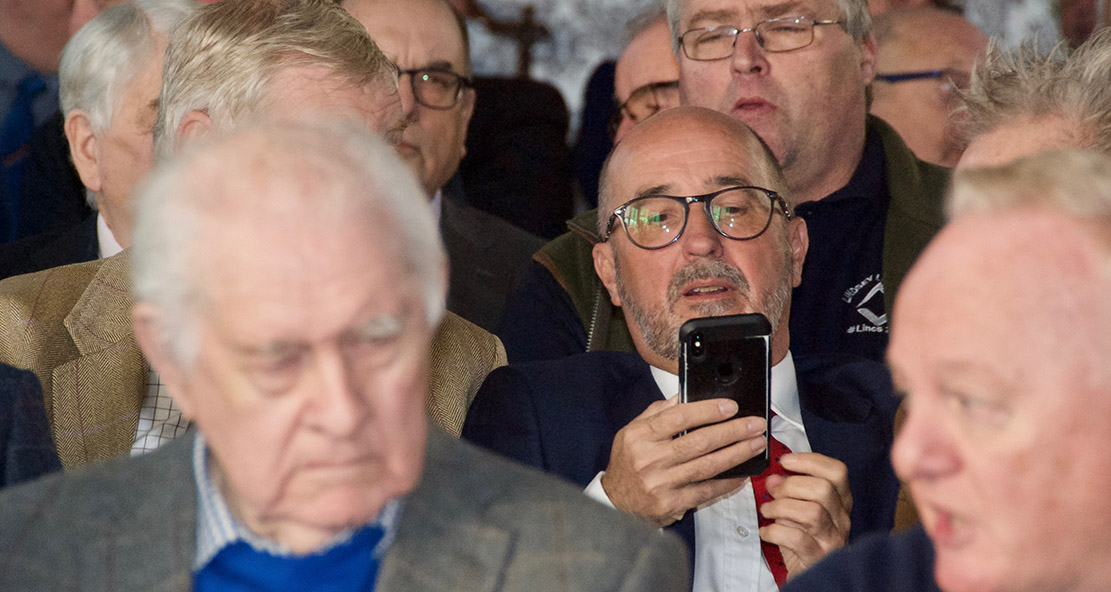