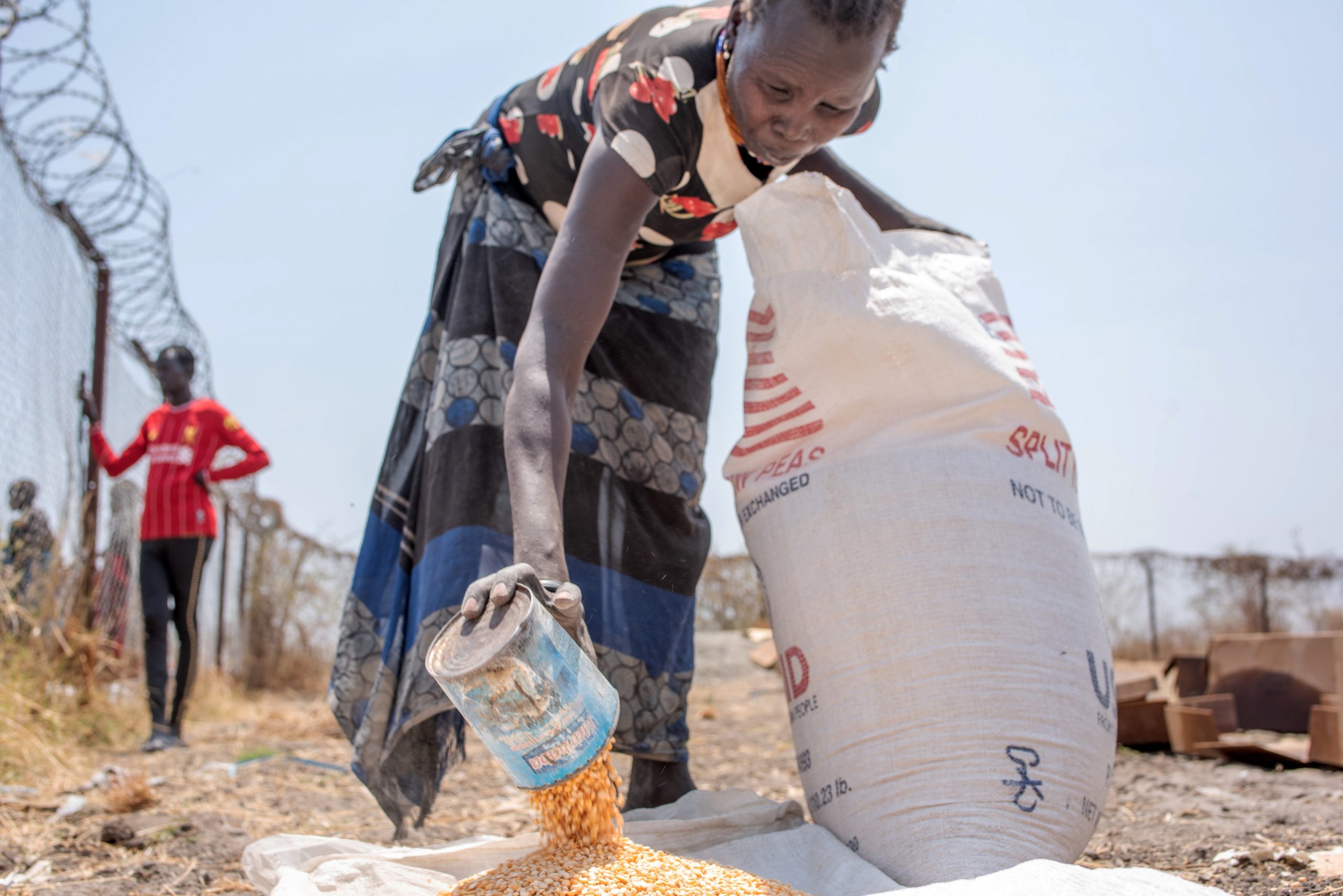 Around 60% of the population in South Sudan are predicted to face acute food shortages this year, including 1.4 million children under the age of five. Hunger is particularly acute in Pibor county, part of Jonglei state, following devastating floods last year, which destroyed people’s homes, crops and livelihoods.

Hundreds of families on the brink of famine in South Sudan will be receiving emergency support thanks to a grant of £35,000 from the Freemasons to Plan International UK.

The United Grand Lodge of England and the Freemasons’ charity the MCF are giving the funds via Plan International to provide cooking kits to 525 families. Plan International is on the ground in Pibor, one of the worst affected regions, delivering vital programmes for nutrition, education, livelihoods, and child protection.

The UN has described South Sudan’s food crisis as its “worst on record”, with children and communities facing multiple threats at once. Late last year, heavy flooding affected more than a million people in the country, destroying  homes, devastating livelihoods and displacing thousands of children and their families. On top of this communities are still reeling from the pandemic, as well as political upheavals, escalating conflict and a stagnating economy.

With the country in the middle of its ‘lean season’ – the time between harvests when households run out of stored food – there is now a critical window to prevent the onset of famine. Lasting from March until August, the lean season will see 7.2 million, or 60 per cent of the population, pushed into extreme hunger. 1.4 million children under the age of five and almost 500,000 pregnant and lactating women are expected to be left severely malnourished. It is crucial that aid reaches these communities before the floods come again, further hindering access to support for some of the world’s most vulnerable children.

Lincolnshire Freemasons contributed to the grant, from the Masonic Charitable Foundation, which is funded by Freemasons, their families and friends, from across England and Wales.

Provincial Communications Officer Stuart Pearcey said: “With our support, Plan International is distributing food to the most vulnerable families and children in South Sudan. This is a desperate situation and Plan International and the other organisations helping on the ground need all the help and support we can offer.”

Rose Caldwell, Chief Executive of Plan International UK, said: “We’re very grateful for this generous grant which will allow Plan International to reach families and young children in those parts of South Sudan most badly hit by the food crisis. It’s critical that we act now to distribute food and other vital support to those most at risk.”