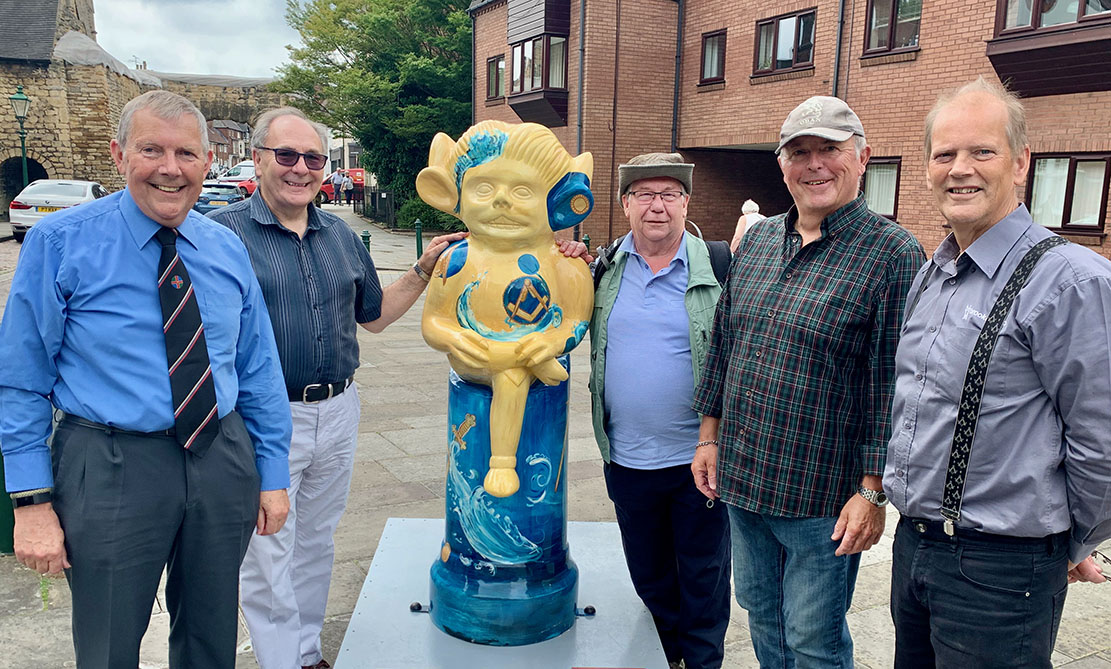 Sponsoring an Imp on Lincoln’s Imp Trail has given Lincolnshire’s Freemasons an opportunity to support St Barnabas Hospice in a brand new way.

The Imp we’ve put our money into as a new way of giving it to the Hospice stands at Lincoln’s Newport Arch, where it will be the first sight of the Imp Trail for tens of thousands of people coming into the city. 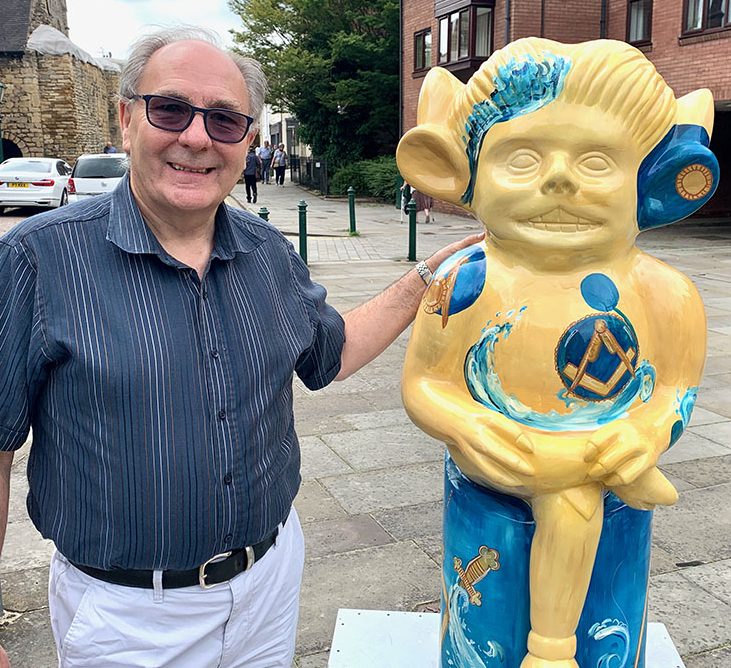 Imp sponsorship has the dual benefit of making sure that the Hospice movement, which has long been a recipient of money from Freemasons, get the funds we’d normally donate, but in a way which lets the public know of our community commitment. It’s expected that the Imp Trail will feature heavily on social media throughout the summer now that the trail has been launched – especially with the keenly-awaited lifting of restrictions.

First to have their pictures taken with ‘our’ Imp were members of Lincoln’s Ashlar Lodge, but we hope they won’t be the last. Mike Lock, right, is working on a competition which will raise money for our #Lincs2025 Festival, details of which will be revealed in due course. And that means more money will be available for the Hospice movement, since the Freemasons’ charity the MCF will benefit from the Festival, and also supports Hospices.

• For the record, three Ashlar members Dale, Jim, and Mike spend the first afternoon of the Imp Trail having been live walking around it. They claim they were the first Freemasons to get round the first 30 Imps – but were they the first of anyone…?