Holland family writes another chapter in the life of Skegness lifeboat

A Grantham Freemason has written another chapter in the history of his family’s connection with the Skegness lifeboat.

Robert Holland has given the RNLI an inshore rescue boat for the station, and it has been named The Holland Family in recognition of the long-standing family connection with the lifeboat and the town in which his father was born.

Robert said his original plan had been to name it the David and Sheila Holland in memory of his parents, who had been generous in their business and commitment to the community. He said: “My sister Susan and I will always be indebted to our parents, and it seemed that when looking for a memorial to them that the opportunity to give this boat to this station as a living memorial was too good to miss.”

But on further reflection, he recalled childhood trips to Skegness, which always included a trip to the lifeboat station where his father’s cousin Ken Holland served as coxswain of an earlier lifeboat. “He was the family hero, and we all had huge respect for him. That respect continues today.” The current crew includes Ken’s son Trevor, who is the head launcher of the present all-weather lifeboat and has 41 years’ RNLI service to his credit.

“Therefore, having discussed with my sister Susan we felt it entirely appropriate to call the boat The Holland Family. It encompasses all members of the Holland family, and we feel sure they will take pride in the boat that carries the family name.”

Before being taken out by the crew to be put through its paces, the boat was named by Robert’s son Lt Cmdr Edward Holland, like his father a member of Sir Isaac Newton Lodge in Grantham, where Robert’s brother-in-law Andy Hodgson is Worshipful Master. The connection with Freemasonry goes on with the Skegness Lifeboat Station Operations Manager Alan Fisher, who is a member of St Clement Lodge in Skegness.

The lifeboat will remain in service in Skegness for at least ten years.

Robert added: “It warms my heart to know that this boat will help crew to keep the waters around Skegness safe. We saw this D-class lifeboat being built. It is undoubtedly the best of its kind. This crew deserves nothing less. I wish them God speed in all their endeavours to the great cause of saving life.” 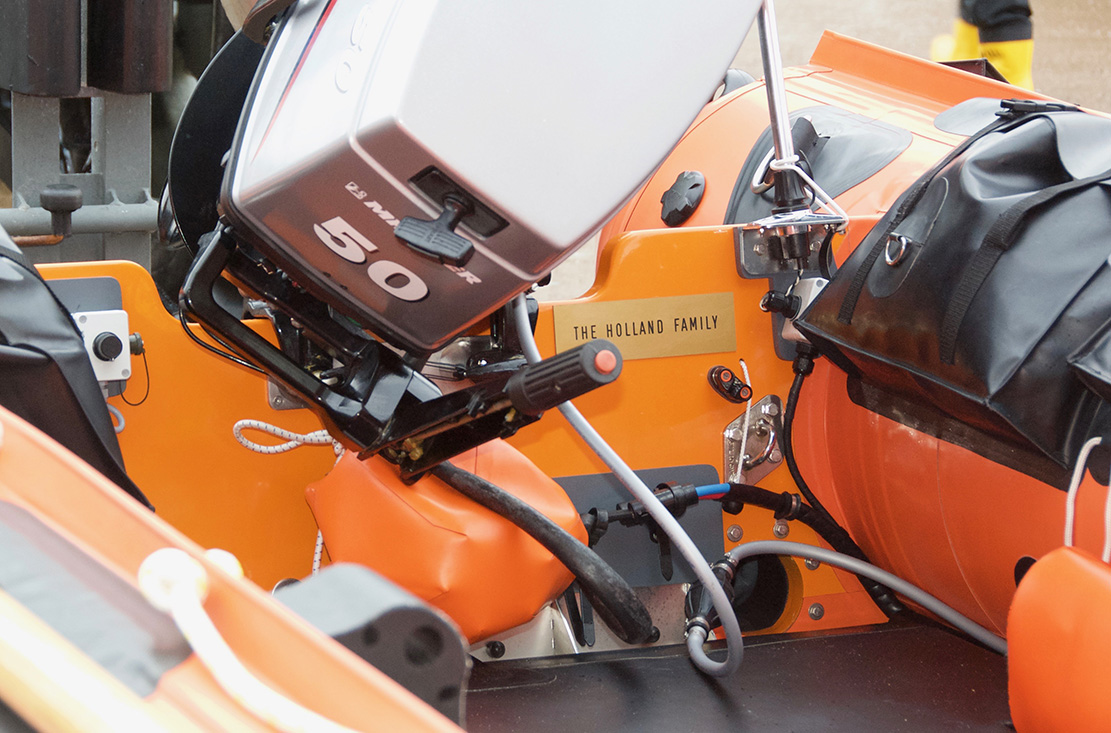