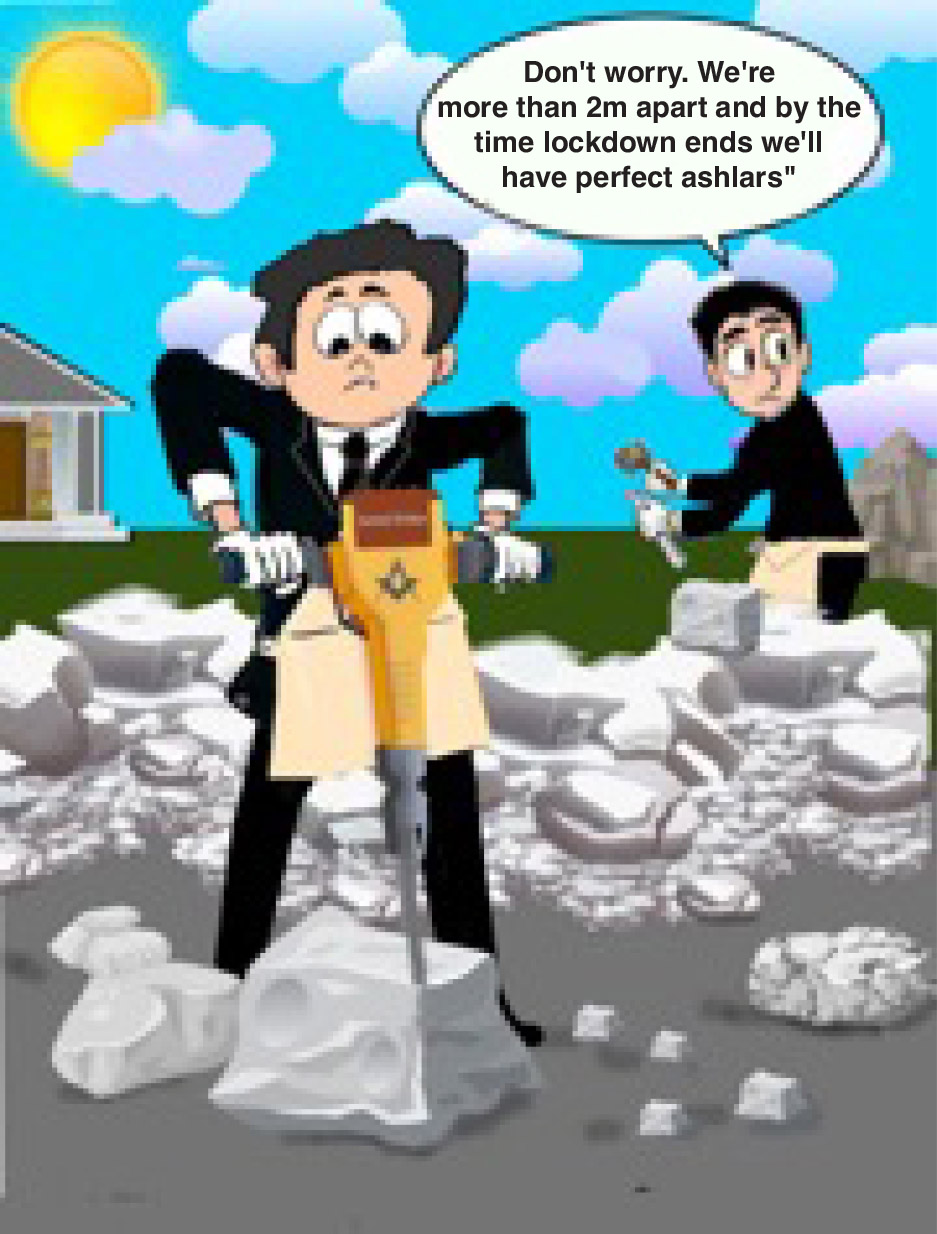 For the second successive week a member of Pharos Lodge in Scunthorpe has won the caption competition to win a signed copy of a Gerald Sclater cartoon.

This week it’s John Coates with his idea of: “Don’t worry. We’re more than 2m apart and by the time lockdown ends we’ll have perfect ashlars.”

Second was Tim Miller of the Round Table Lodge of Lincolnshire, who suggested: “Crikey, things must be going badly with the building of the new Louth Lodge,” and third was Chris Rimington, also of Pharos Lodge, who suggested: “OK, I agree. A life-sized bust of the PGM was a little ambitious.”

As usual the competition was judged blind by the PGM, and a further cartoon will be published at noon on Friday. Many thanks to everyone who entered.