The work of a trio of retiring preceptors at Sleaford’s Goodwill Lodge of Instruction has been recognised with specially-created certificates.

Derek Allenby, Keith Robinson, and David Collishaw are stepping down after 30 years of sharing with LOI members their commitment,  enthusiasm, knowledge and humour. Derek and Keith were presented with their certificates at them latest meeting; David couldn’t be there, and will get his certificate later.

The Goodwill Lodge of Instruction No 588 supports all four Sleaford Lodges – St Botolph’s, Daedalus, Shire and St Denys. The latest meeting saw the demonstration of a First Degree ceremony as part of its annual Festival, which was followed by a short talk given by Provincial L&D Officer Nick Brown about the purpose and benefits of Learning & Development.

At the moment John Peters and Derek North are the remaining official Preceptors. However, they are regularly supported by Colin Pinder and Mike Lock. 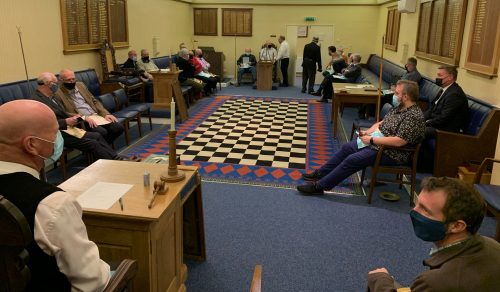 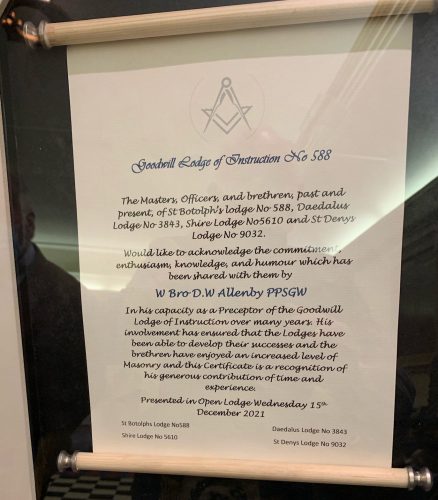