Phil’s cycling adventure raises £3,000 for the #Lincs2025 Festival in support of the MCF 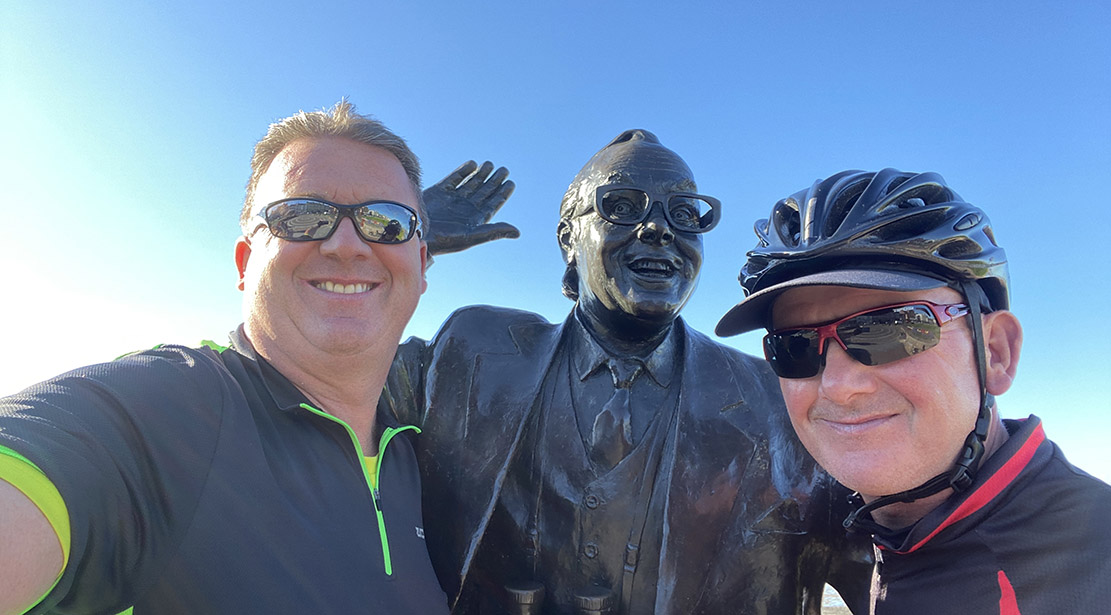 Phil, left, and Rob at the start of the ride with Morecambe's other star...

For my sixtieth birthday, I decided to do something memorable with my brother Rob, and cycling 275 miles from London to Paris seemed like a great choice, writes Phil Aitken of Industry Lodge in Scunthorpe.

And because Lincolnshire was going into its #Lincs2025 Festival and I had already decided to do fundraising each year, what better than to join the two? The ride was scheduled for September, until Covid spoiled our plans, and the London to Paris ride was cancelled.

Left with no real options, we decided to do a UK ride instead, and the Morecambe to Edinburgh to Berwick ride was planned. This was slightly longer and more difficult, but promised some exceptional scenery along the way. We rode for five days carrying our luggage, and covered 305 miles.

The longest day was 73 miles, with a total elevation of 14,700 ft – the equivalent of the Three Peaks – Ben Nevis, Snowdonia, and Scafell Pike, with Carrauntoohil, Ireland’s highest mountain, thrown in for good measure!

The longest single incline was 6.5 miles. We rode from the Irish Sea to the North Sea; we saw the source of the River Tweed (between Moffatt and Edinburgh), and watched it flow out into the sea at Berwick!; we rode in brilliant sunshine, mist, drizzle, torrential rain and hail, and some high winds; we rode some amazing routes, some of the roads we used we hardly saw any vehicles – and we even did some off-roading!

The views we saw were simply breathtaking, even in the rain, and especially in the sunshine, from mountains to glens, to beaches and coves, with fantastic architecture and history. It really was an achievement and I also raised more than £3,000 for the #Lincs2025 Festival in support of the MCF, and the London to Paris ride is now planned for 2021. 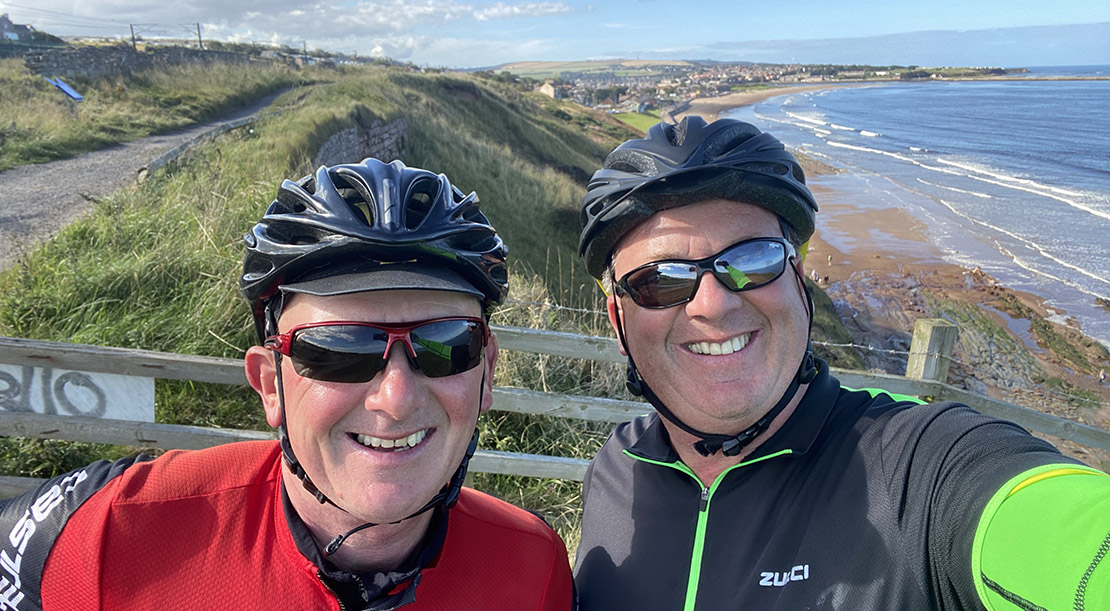