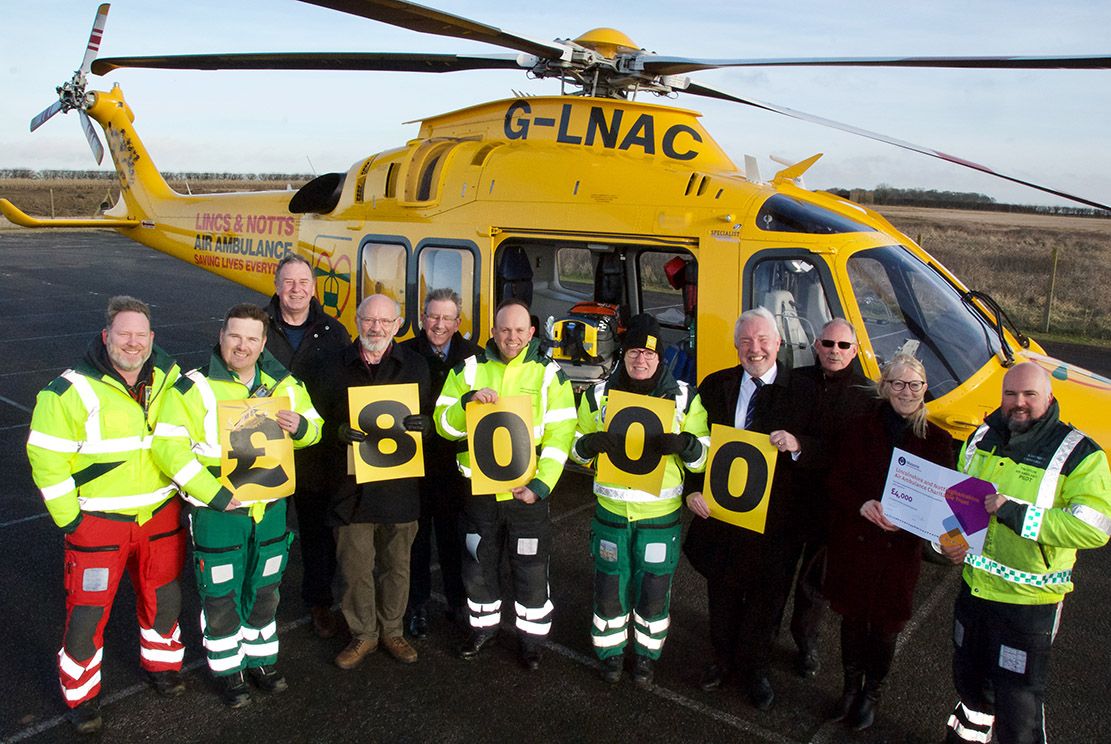 Provincial Grand Masters from Lincolnshire and Nottinghamshire have come together to give £8,000 to the Air Ambulance serving both Provinces.

That’s £4,000 from each Province, given via the Freemasons’ charity the Masonic Charitable Foundation by Dave Wheeler from Lincolnshire and Philip Marshall from Nottinghamshire, who visited the ambulance HQ at RAF Waddingham near Lincoln to make the donation.

This particular air ambulance service – which receives no government funding – is now in its 25th year, during which it has flown more than 20,500 missions. And the pressure from that complete reliance on public donations for its very existence has recently grown, with the adoption of a round-the-clock service that means keeping the helicopter and its crew in the air will cost £4m a year.

Dave said: “There can hardly be a more appropriate phrase than ‘life-saving’ to describe the work of the crew of the Lincs and Notts Air Ambulance – and that’s not just the pilots and paramedics who help severely-injured people throughout our two Provinces, but also those who help keep the service flying through all the backroom work necessary to sustain the levels of funding necessary.”

Philip said: “The backroom team includes the Freemasons of our two Provinces because of the donations we make. Whilst we don’t have the skills necessary to be part of the crew, being able to give much-needed funds through the Masonic Charitable Foundation is equally vital. We never know who is going to need these services next.”

Dave added: “Being able to make our donation alongside brethren from a neighbouring Province made this donation even more appropriate and enjoyable.”