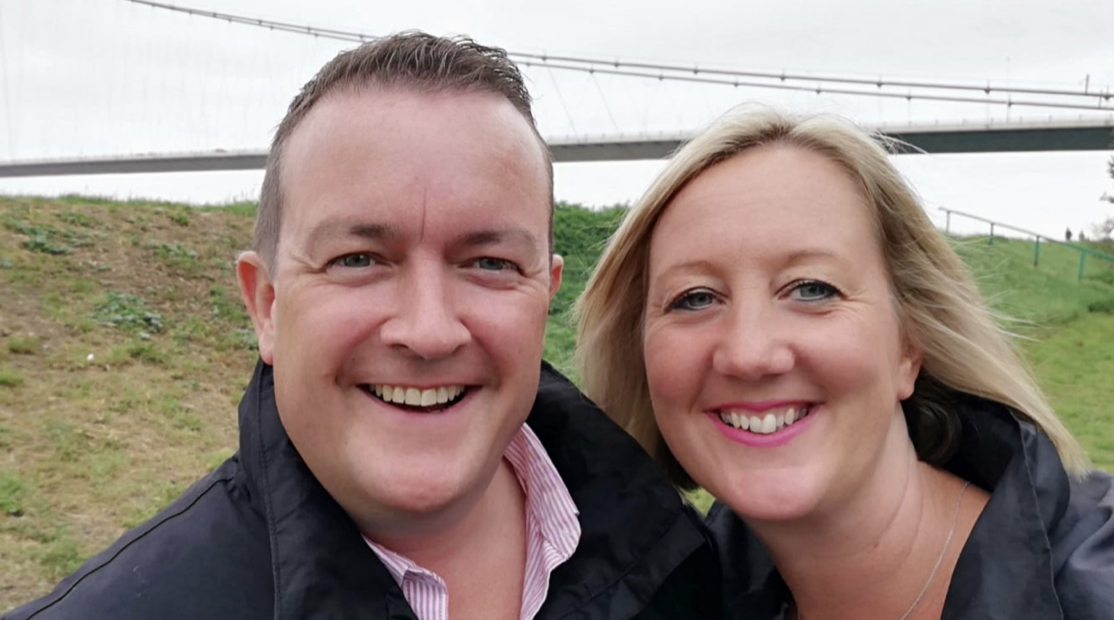 Richard Precious and his wife Jen

Lincolnshire Freemason Rich Precious has delivered a Christmas miracle for a Louth family by being on hand to perform CPR on a man who had collapsed in the street.

Rich, of Astral Lodge in Grimsby, believes that with the help of a passing doctor, ambulance crew, and Grimsby hospital cardiologists he played a part in saving the man’s life, but is modest about it, claiming it was just what anyone would have done in that situation.

“I was in the right place at the right time, and played a part of what was a real team effort,” he said. “After more than 20 years as a police officer instinct took over, and we were able to do as much as we could for him until help arrived. I’m humbled to think I’ve made a difference.”

But that’s not how it’s seen by the family of Jess Hill, who had collapsed in Louth’s Newmarket early one morning less than a fortnight before Christmas. His son Tom told the Louth Leader: “I am so very grateful to PC Precious and all of the people who helped to save his life, and those who continue to provide care in hospital. Our family life would be very different without Dad, and the selfless actions of everyone on Monday means he is still with us. I can’t say thank you enough.”

Jess’ wife Pauline told the Leader: “Thank you so much for your help this morning. You saved his life and I for one will be eternally grateful, there are no words. We owe you, thank you again so much.”

Mr Hill is now back at home continuing his recovery, and Community Beat Manager Rich has, at Mr and Mrs Hill’s request, been to wave to him through the window. “He’s very vulnerable, so that’s as close I could get.  However it was lovely to see him and looking very different to the first time I saw him!” he said.

Rich had been off duty that morning, and was on his way back from the school run when he saw Mr Hill on the pavement, with his distressed wife standing beside him. “He wasn’t there in the few minutes before whilst on my way to school, so he had obviously just collapsed. He was unconscious and wasn’t breathing, and his pulse was very weak,” said Richard, who began CPR and helped with mouth-to-mouth resuscitation. He and the doctor, who he still doesn’t know, continued their efforts until an ambulance arrived.

Later that afternoon Rich was able to meet Tom again, this time at the school gates – it turns out they have children at the same school where Tom was happy to update Rich with his Dad’s initial positive improvement.

PGM Dave Wheeler is a former colleague of Richard’s, and said: “Richard is a really nice guy, and I’ve no doubt that all of Lincolnshire’s Freemasons and his professional colleagues are proud of how quickly and effectively he acted to save a member of the community who is also a much-loved family man. I hope they all have a wonderful Christmas.”

But the last and most important word goes to Richard: “It’s a nice story, and I’m pleased and proud to have played a part in it alongside all the other professionals involved. Having spoken to the family the nicest thought is that Mr Hill will be able to celebrate Christmas at home. That’s not something I would have thought possible when I first met him on that Monday morning!”