Stillbirth charity gets £500 from Grimsby Freemasons 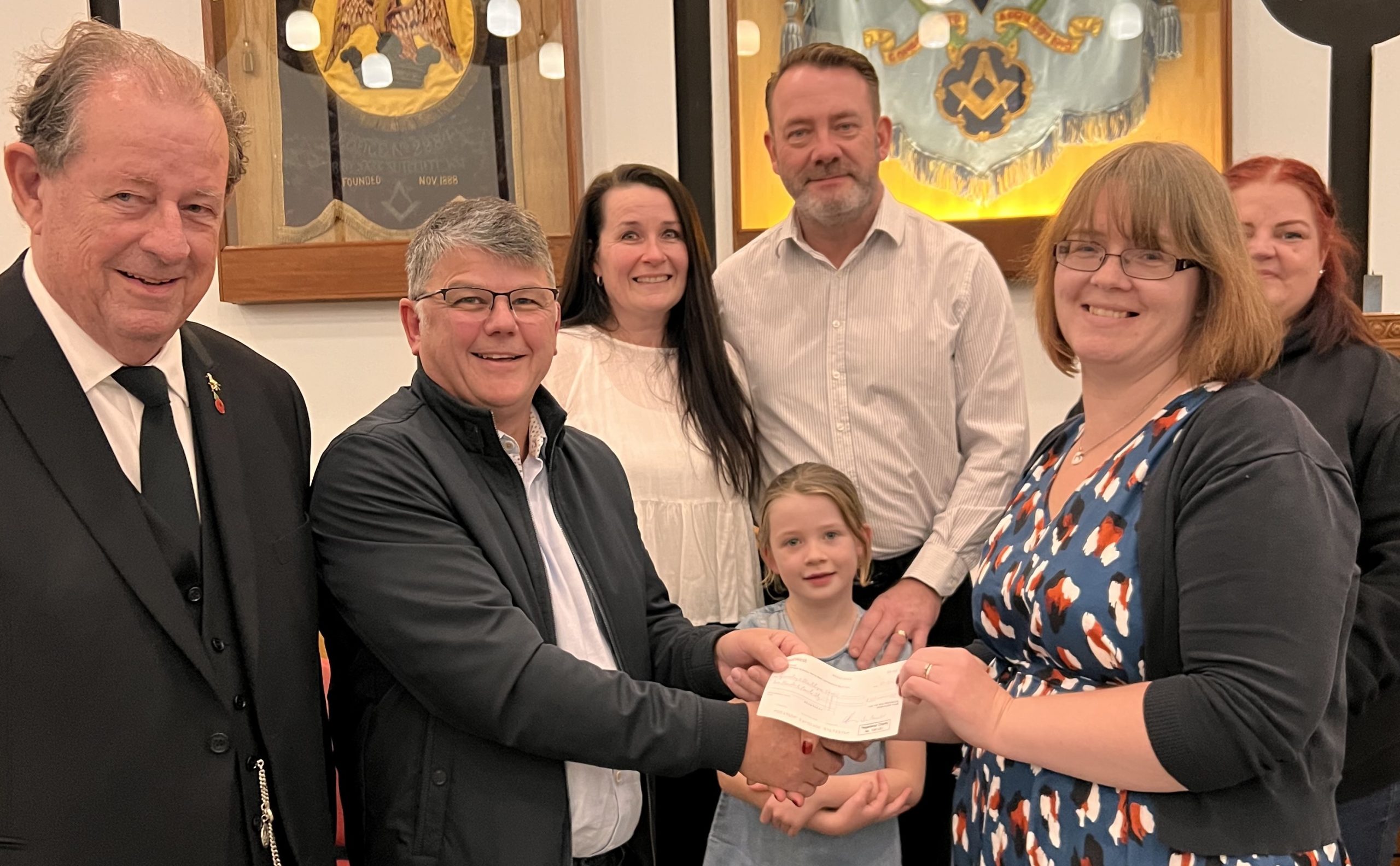 On behalf of members of Grimsby’ Freemasons Astral Lodge, its Worshipful Master Simon Dixon gave £500 to Katy Mundford, volunteer and Chair of Grimsby & Cleethorpes SANDS, the stillborn and neo-natal death charity.
Sands groups support parents whose baby has died before, during or shortly after birth. Katy set up the group because she knew how important support is to bereaved parents, and how much it’s needed.  Her little boy Isaac died at 20 days old in 2010, and she attended the Leeds Sands group. She had very dark days and Sands was there for her as she received much needed support from other bereaved parents.
Having moved to Cleethorpes a year ago, she was saddened there was no Sands group locally. She is passionate about the work Sands do, and believes strongly that a support group is needed in Grimsby and Cleethorpes. Sands’ groups are run on a voluntary basis by parents who have themselves experienced the death of a baby.