The Goodwill Lodge of Instruction Celebrates the 700th meeting 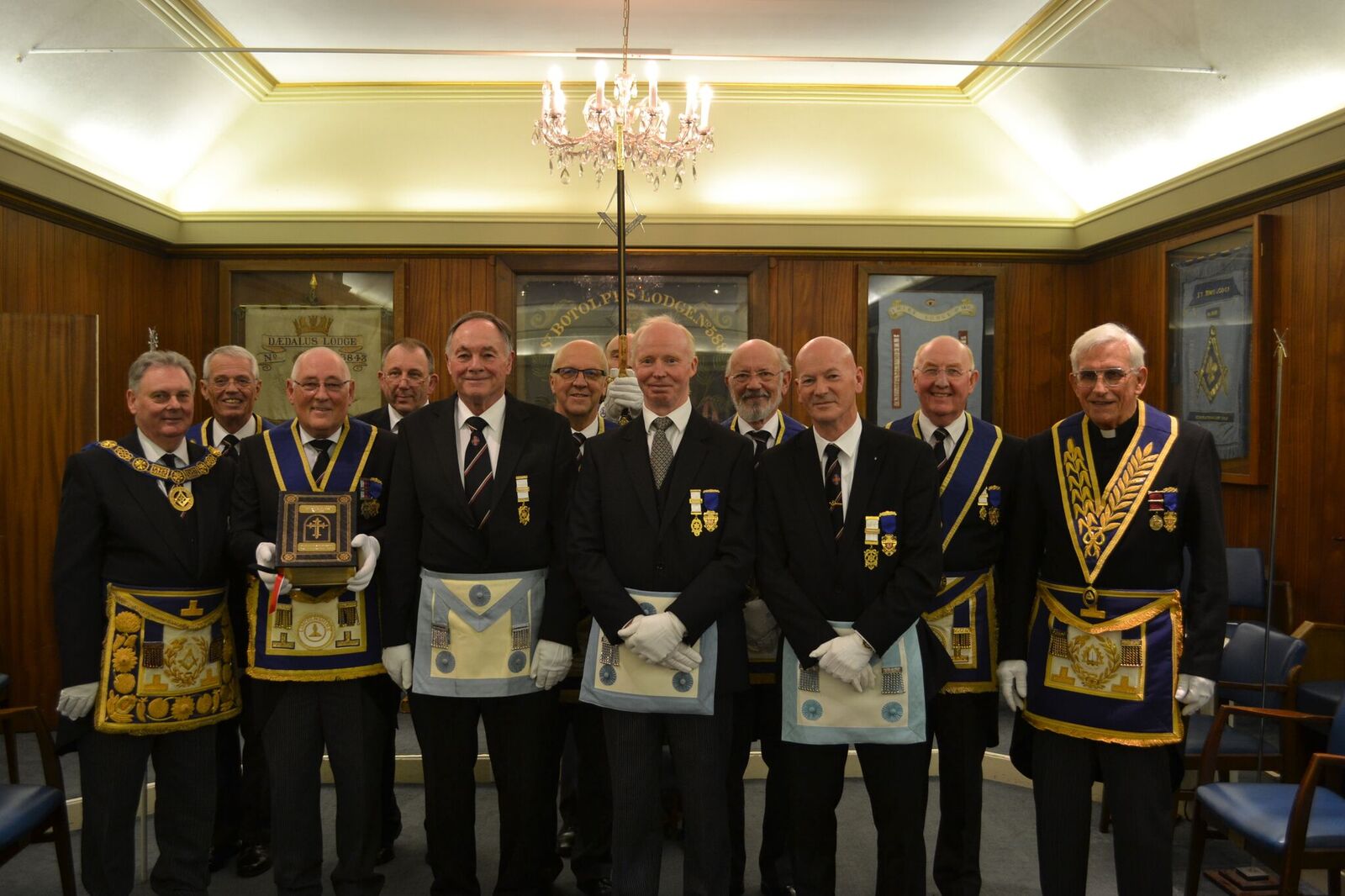 The Provincial Grand Master accepted the gavel from the Worshipful Master, Bro Bob Chalklin and appointed his Provincial Officers to their respective offices. He proceeded to dedicate a new Volume of the Sacred Law to the memory of W Bro Cyril Peters DFC, Past Junior Grand Deacon who passed to the Grand Lodge above at the end of October last year. W Bro Peters had been a Preceptor at the Lodge of Instruction for 42 years, and was recognised for having eased the passage of many Sleaford Brethren through the offices of their Lodge. The Volume of the Sacred Law which was obtained by Bro John Castle and his wife Lesley, was carried for the dedication by W Bro Peters’ son John who is one of the five Preceptors. The ProvGM returned the gavel to the WM, who then carried out an Initiation Ceremony. The WM then presented the ProvGM with a cheque for £300 towards the New Provincial Benevolent Fund. After the ceremony, the traditional bangers and mash was enjoyed by all present, during which the Sleaford Concert Band played festive music.