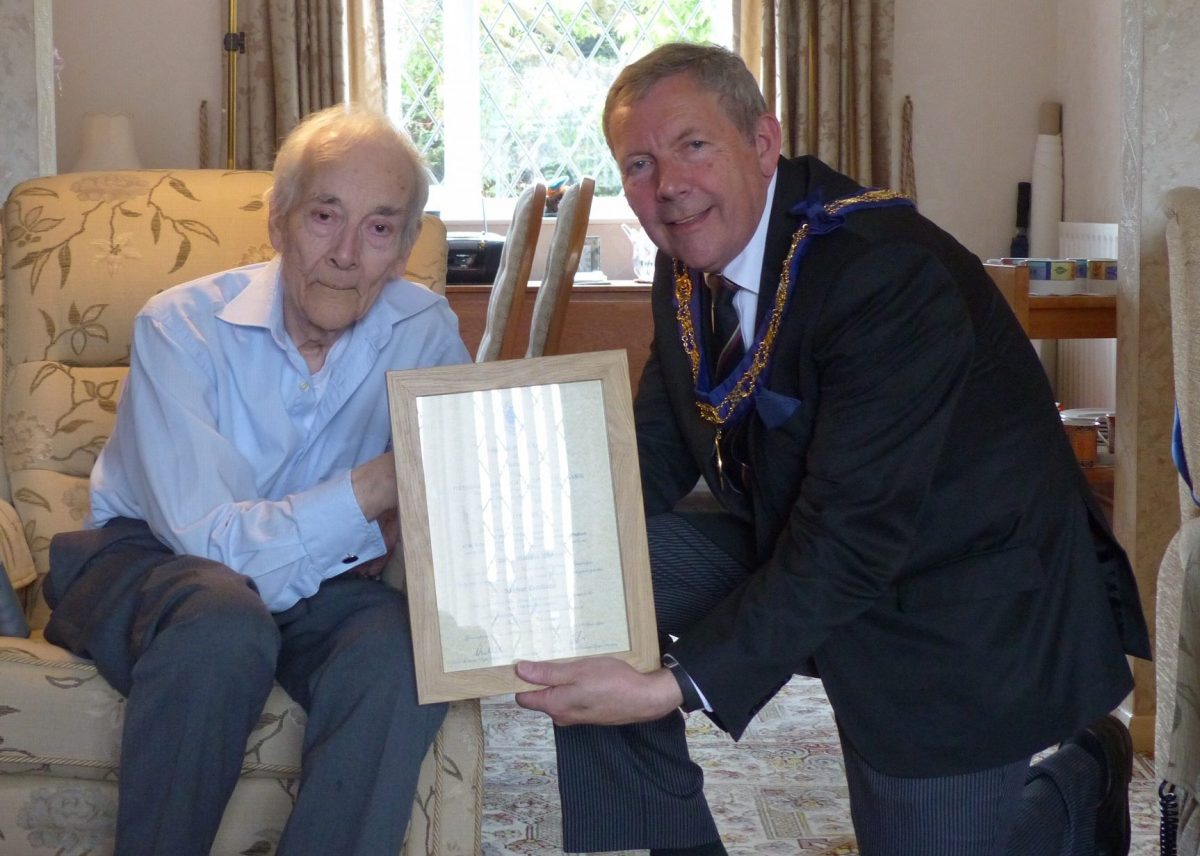 One of Lindum Lodges’ senior members, W. Bro. George Blake recently received his 50th year Freemasons certificate from W. Bro. Bruce Goodman. The presentation was made on the 6th May 2019, at W. Bro Blakes’ home as he suffers from ill health and needed to attend to his wife Irene who was receiving palliative care for a terminal illness.

Sadly Irene passed away 2 days after the presentation, but George was comforted by the fact that Irene had seen his 50th year certificate and was very proud as she had always taken a keen interest in his Masonic career.

George who is 87, was initiated into Regis Lodge No. 4463 in Staffordshire, on the 17th December 1968, where he was  a member for 30 years, and became a Joining Member of Lindum Lodge No. 5777 in December 1996, after re-locating to Lincoln. He was Chaplain of Lindum Lodge for a number of years, but due to his wife’s health problems found it difficult to attend, and was made an Honorary Member in December 2016.

W. Bro. Martin Huckle, the Almoner of Lindum Lodge, on hearing that George had been a Freemason for 50 years, arranged for a certificate to be produced to mark this wonderful achievement, and asked Bruce Goodman, as Assistant Provincial Grand Master of Lincolnshire, to present it, something which he was only too happy to do.