Making Masonic centres the best they can be 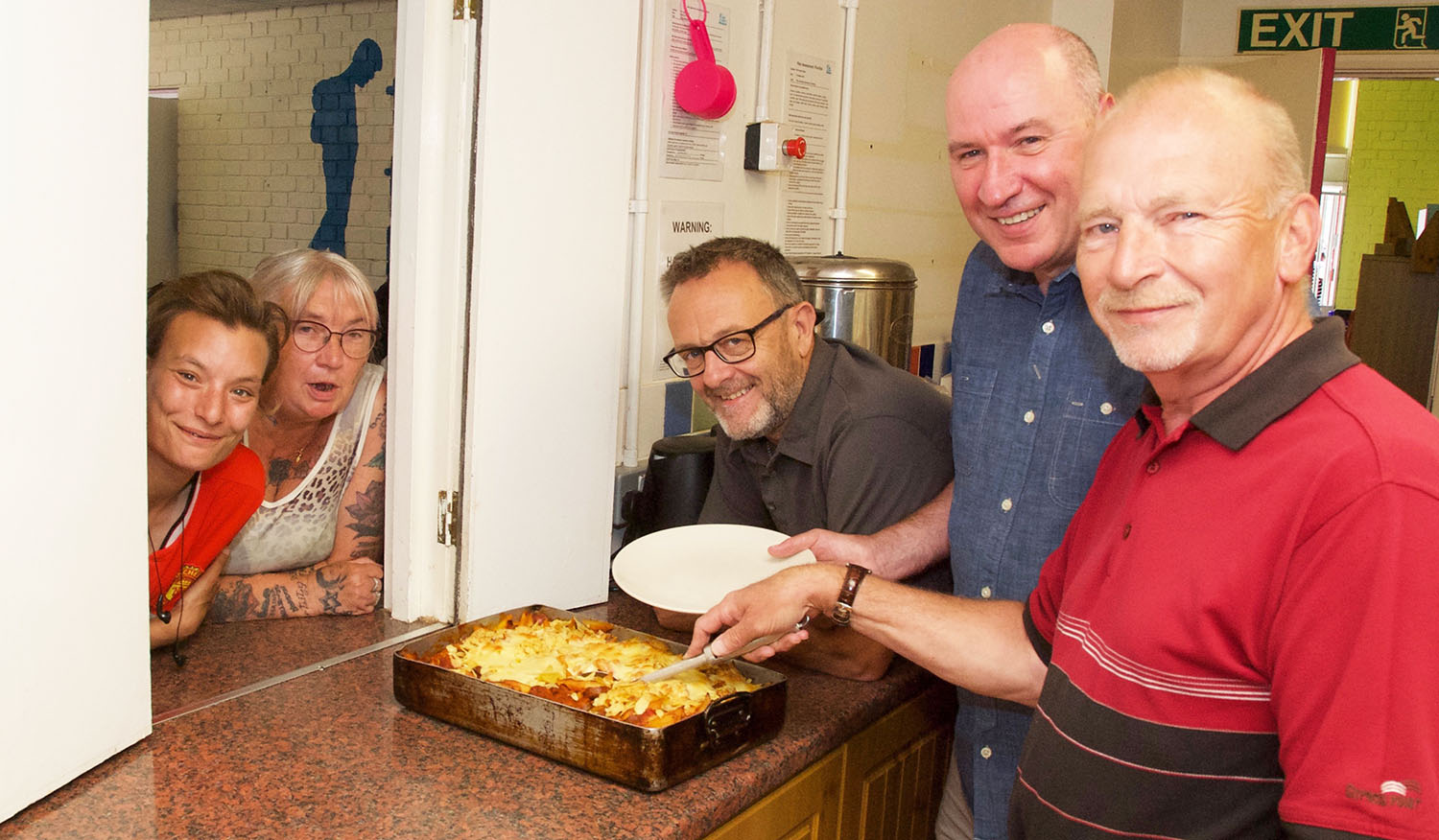 DINNER’S READY: Service users ready to be served with the ‘dish of the day’ by Vermuyden Lodge members (from left) Paul Vollans, Barrie Graham, and Colin Robinson, the Lodge Treasurer.

Isle of Axholme Freemasons have supported the work of The Forge Project in Scunthorpe with a donation of £600.

The fundraising effort has been led by Paul Vollans, currently the Worshipful Master of one of the Isle’s four Masonic Lodges, who is a regular volunteer at the centre on Scunthorpe’s Cottage Beck Road.

Open five days a week to support the homeless, the centre provides breakfasts and hot lunches, activities, and access to a range of other services.

Demand for its services has doubled over the last three years, said Paul, and his work as a volunteer had encouraged him to get his own Vermuyden Lodge to adopt it as their charity for the year.

Currently providing support for an average 62 people every weekday, the centre is working hard to enhance its premises, a former Methodist church. Plans are afoot for a new kitchen, new flooring throughout, and new windows to make sure the centre continues to be fit for purpose.

Paul said his volunteering work included sorting out clothing donations, work in the kitchen, and just being around to help and provide support. He said: “Clothing needs to be sorted because people give us inappropriate things,” he said. “For instance, rough sleepers have no need for a bikini – but they’re still given to us.

“Chatting to the service users you get to hear their back stories, and realise not only how hard their lives can be, but how well off the rest of us, with homes to go to, really are.”

The Masonic involvement organised by Paul involved raffles and a Christmas carol concert. “People like to support from a distance. Organising events gives them a conduit to offer support to a service which is having to find ways to adapt its work to meet an ever-growing demand, and one which isn’t going to decline any time soon.”

Paul’s next task was to use his contacts to find a builder to repair a wall at The Forge which had been demolished by when someone drove into it. “It shouldn’t be too hard to find a volunteer to do that,” he said. “After all, they already have the bricks. It’s using the right contacts to get small things like this done which helps the hard-working staff here to achieve more with the money they have available.”