Roger carries the torch for all of our Charity Stewards 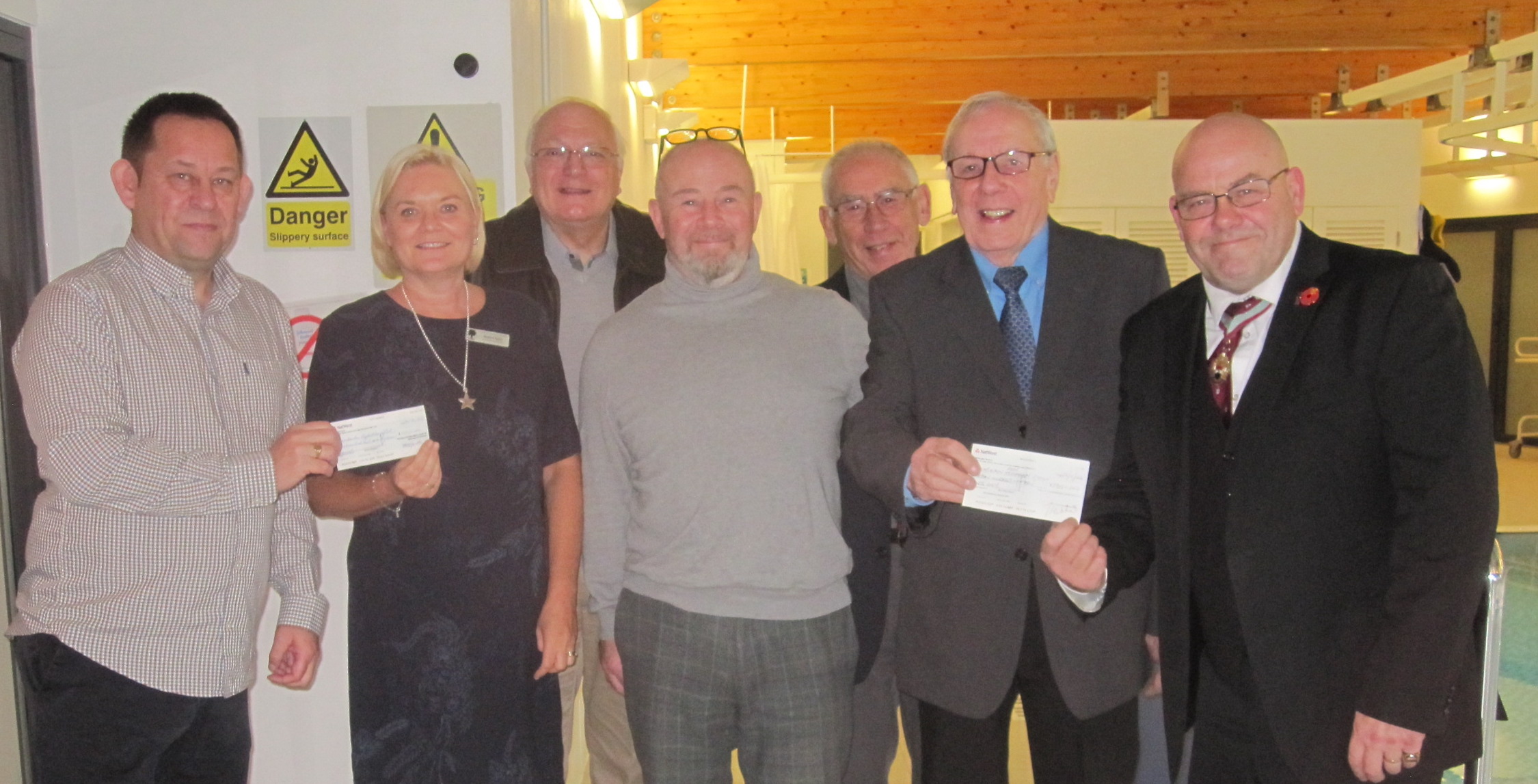 The commitment of Lincolnshire Freemasons to support the communities in which we live and work has continued with support for a special school; a food bank, and a £3,000 boost for the Freemasons Charity the MCF, which will ultimately come back to good causes in our area.
THE SPECIAL SCHOOL receiving a cheque for £1,915 was Humberston Park Special School, with the funds being accepted by its Business Manager Gemma Rylett from Paul Stanley, Immediate Past Master of the Earl of Yarborough Lodge, which meets in Grimsby. The money was raised from a Grand Charity Ladies Night to support the Hydrotherapy Pool at the School. Also in attendance are Tim Fletcher, Secretary of the Lodge and  Richard Gargon, Headmaster of the School.
At the same time a cheque for £177 was presented to Brian Marsh for the School by Rob Marsh, Worshipful Master of the Spurn and Humber Lodge of Mark Master Masons and David Gentle, Treasurer of the Lodge. (All pictured above).
THE FOOD BANK serves Woodhall Spa and Kirkby-On-Bain, and its ability to deliver  workshops on preparing and cooking nutritious meals at low cost have been given a boost with the presentation of a cheque for £500 from members of the Olive Union Lodge at Horncastle.

Debbie said fresh meat and other perishable foods are always difficult to obtain, so part of the grant would be used to buy these products when needed.

She said: “Whilst the food given by the Food Bank is always gratefully received it is recognised that some people do not have the skill to prepare a nutritious meal.  With the help of a local experienced chef the Food Bank is planning to hold workshops to show how, using slow cookers, nutritious meals can be prepared at minimal cost in terms of food and power.  This donation will go a long way toward our efforts to help the local community.”

THE FREEMASONS’ CHARITY the MCF will be given £3,000 raised from Lincolnshire’s Provincial raffle, which was organised throughout the Province by St Lawrence Lodge member Richard Podmore from Scunthorpe, who said: “Raising £3,000 was a fantastic result given the current circumstances and seasonal demands on our purse strings. A heart felt ‘thank you’ to the whole team of Charity Stewards who supported the raffle is richly deserved.”