Freemasons, friends and family have taken flight in a Flying Freemasons event at Kirton Lindsey.

Organised by experienced pilot and flying instructor Dave Gibson, master of Scunthorpe’s St Lawrence Lodge, the event was hugely popular and contributed more than £600 to the #Lincs2025 festival.

To make the event possible Dave brought together members of the Trent Valley Gliding Club and the POM Flying Club at Humberside Airport, where he’s Chief Instructor. “It meant we were able to have gliders and powered aircraft flying at Kirton throughout the afternoon, which gave the visitors a chance to experience something most of them had never tried before.”

And what an experience! Launched by a powerful winch, the gliders accelerated from zero to 60mph in about three seconds, climbing at a dizzying 45-degree angle.

Pilots from the POM Flying Club and the Trent Valley Gliding Club worked tirelessly throughout the afternoon, co-ordinating take-offs and landings to make sure as many people as possible we able to enjoy a flight on a safe airfield.

Provincial Grand Master Dave Wheeler flew into Kirton from Humberside Airport in a light aircraft with Dave Gibson at the controls and Assistant Provincial Grand Master Peter Brooks in the back seat. Dave W was even able to briefly take the controls. Oldest flier on the afternoon was Alan Robinson, who’s 89, but nevertheless went aloft in a glider, which he thorough enjoyed.

Dave Wheeler said: “It really was an excellent day. Everyone who took part in Flying Freemasons seemed to have a thoroughly enjoyable afternoon at a fantastic event. I’d like to thank Dave Gibson, who was the driving force behind organising the day, and Mark Gadley and his team from the Trent Valley Gliding Club who worked tirelessly on an unforgivingly hot afternoon to get as many people as possible safely into the air.

“For the first time on an event like this we were able to accept card payments, which was made possible by Chris Tandy from Industry Lodge in Scunthorpe, and which streamlined the process. I have already written to the Gliding Club and POM Flying Club to thank them for their contribution to a most successful event, and I trust this is something we may be able to repeat in the future.

“I’m sure the Freemasons charity the MCF will be grateful to receive the money raised, and to put it to good use. Naturally some of the funds from this and other festivals in other Provinces will come back to good causes in Lincolnshire every year, regardless of whether we’re in Festival or not.” 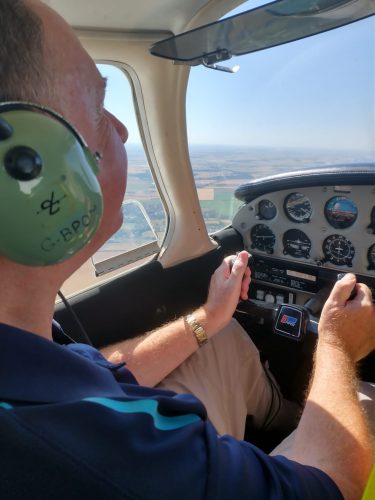 Dave Wheeler at the controls 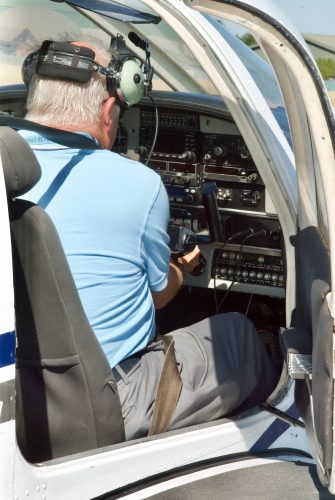 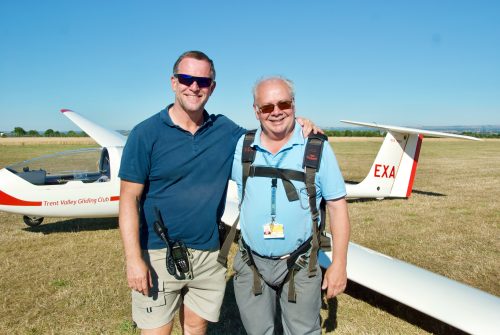 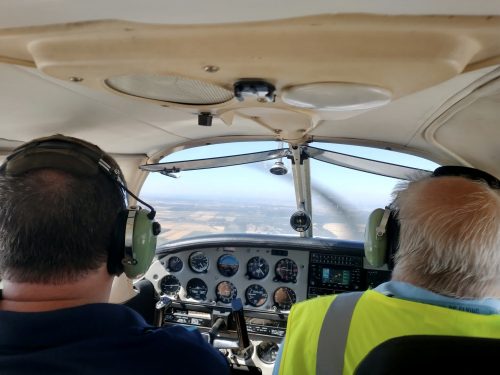 View from the back seat 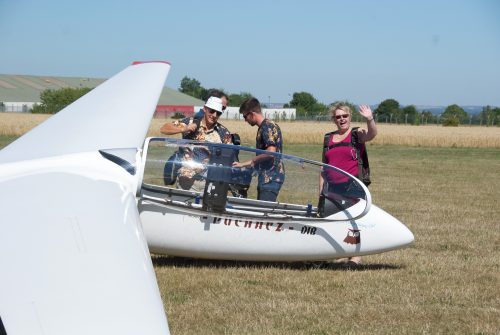 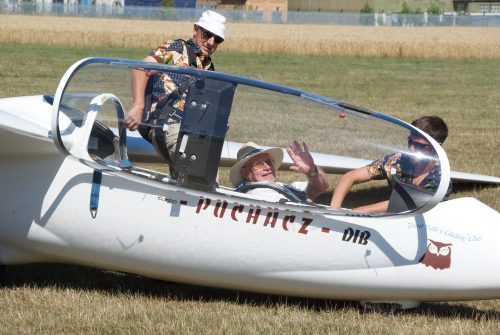 Mick Drury from Yarborough Lodge in the hot seat. He almost missed his flight. ‘Michael Drury’ was called; no-one’s called him that since his baptism… 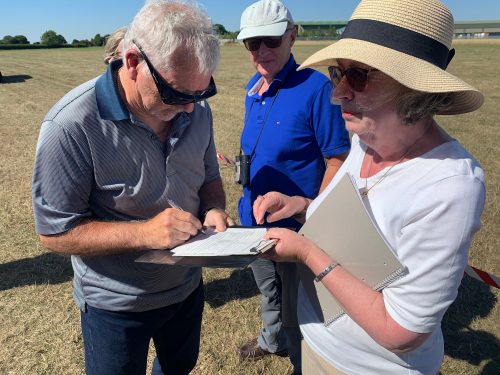 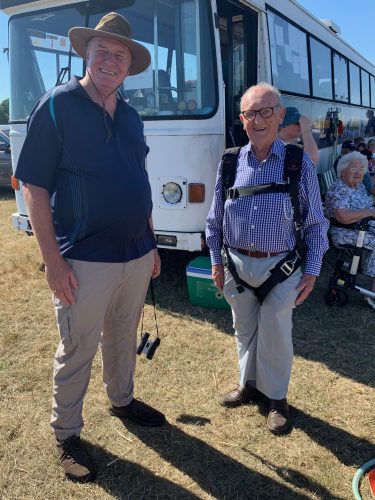 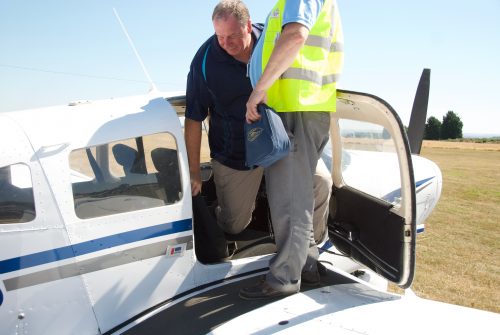 Dave Wheeler eases himself out of a tight space… 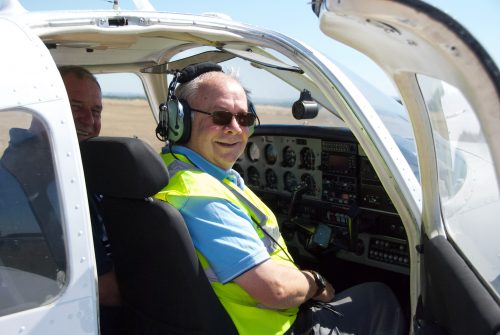 Thanks for making it all happen, Dave 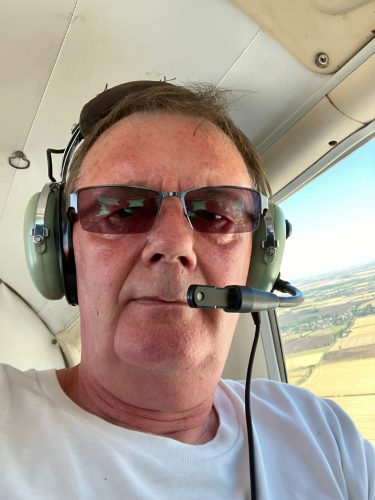 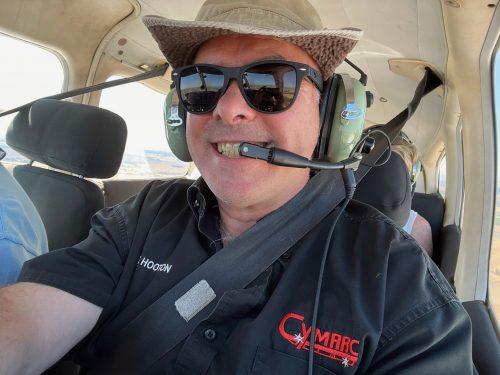 Flying has that effect on you: Mark Hooton enjoyed himself 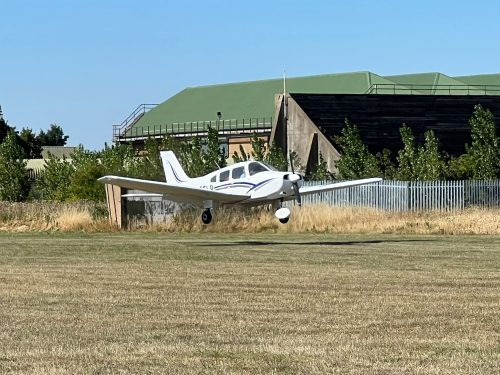 Coming in to land 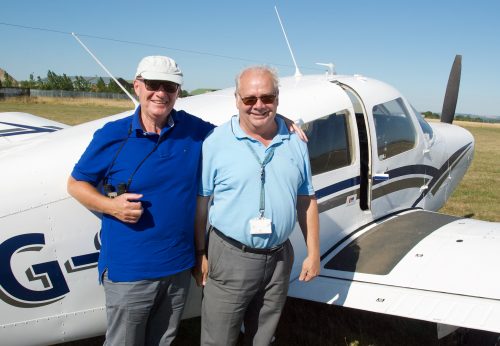 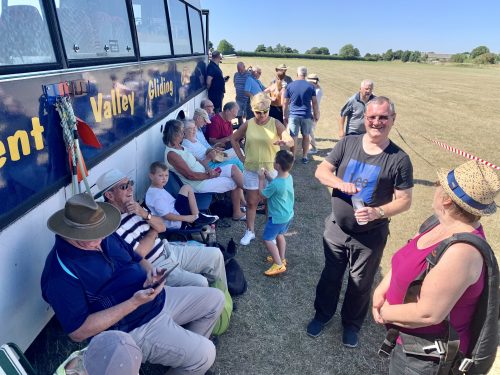 A sliver of shade contained the best seats on the ground 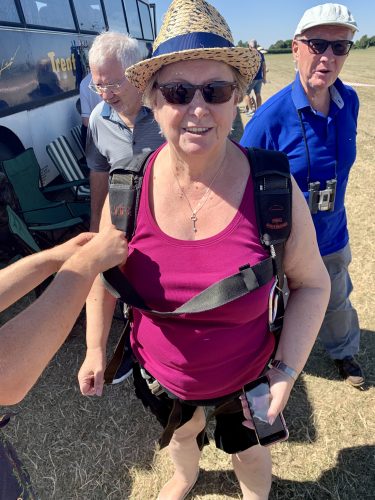 Parachute? It felt like being pregnant, but with the weight at the back…

Dedicated member of the Free Wheelers Lodge Chris Fletcher thought the glider had two wheels, and was disappointed there are actually five…