From Lincolnshire to Latvia: 200-year-old jewel to be exhibited at new museum

Why you should make that call rather than struggle on: an almoner’s tale

The main image from the Facebook page of the Latvian Freemasons' museum. There are some very interesting exhibits. Discover more by searching Facebook for Masonic Museum Latvia

When Latvian Freemasons open a masonic museum next year one of their prized exhibits will establish a link with Lincolnshire. 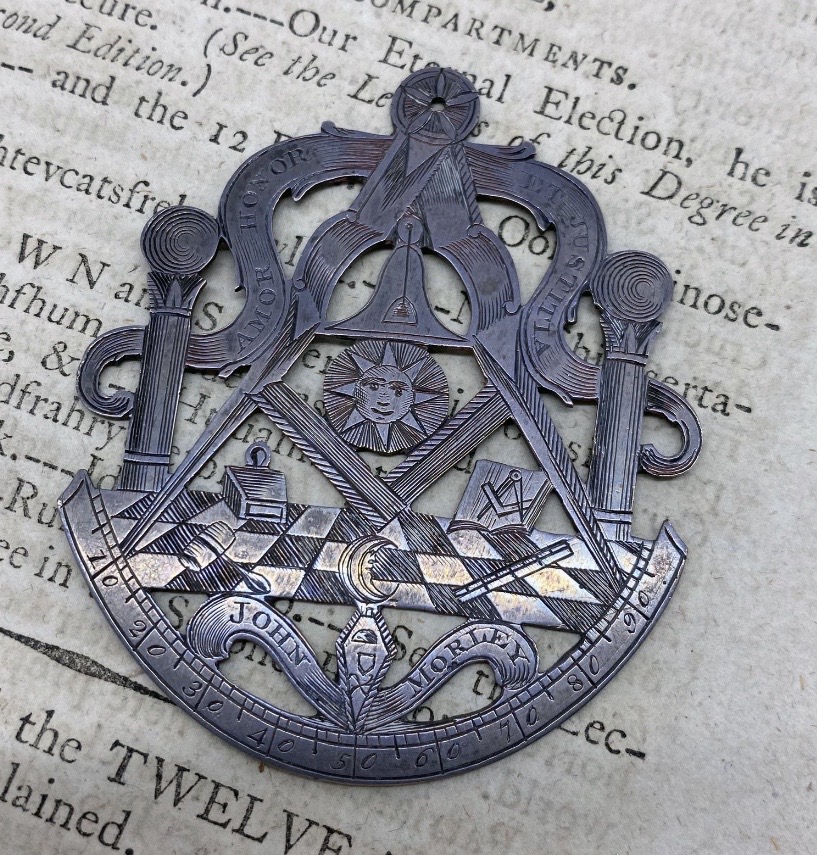 This jewel was acquired from a shop in Holland for its journey to the Latvian capital Riga. It’s clearly inscribed with the name John Morley and the dates 1781-1787.

Morley was one of our earliest Freemasons, having been a member of the first St Matthew Lodge 497 in Barton, which was granted its warrant in March 1787. The Latvian Freemasons knew Morley had lived in Lincolnshire, but beyond that the trail went cold.

They reached out to our Twitter account @lincsmasonic to ask if we could shed any light on it, and we could, as Provincial Communications Officer Stuart Pearcey explains: “It took only a moment and a look into William Dixon’s 1894 history of freemasonry in Lincolnshire to find out that John Morley had owned the George Hotel in Barton, where the Lodge had been formed and held its meetings.

“The Latvian brethren were delighted to receive the information, and have said anyone from Lincolnshire will be welcome at the museum when it opens.”

Although the St Matthew Lodge 497 surrendered its warrant in 1851, it was never sent back, and was ‘rediscovered’ in a cupboard at the George, along with some of the original furniture, when the town’s new Freemasons’ hall was built. The warrant now hangs on the wall of the Barton building.