Grantham Curry Clubbers offer their help to the town’s Almoners 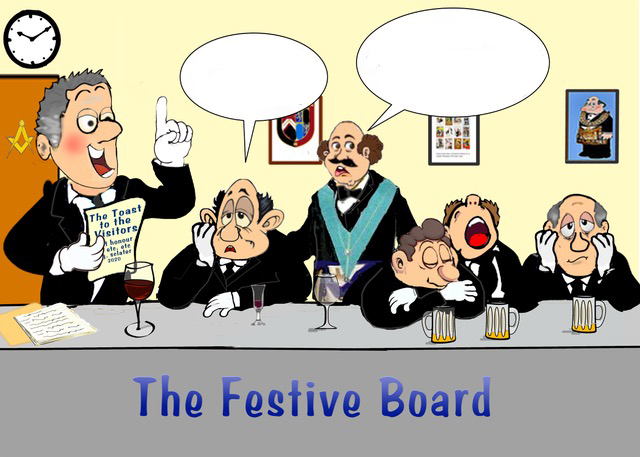 Another cartoon artwork by cartoonist Gerald Sclater must be won in the latest round of our caption competition. We’re inviting you to add your own caption to the Sclater cartoon above, and to submit it no later than noon on April 10th (yes, we know it’s Good Friday, but you’re unlikely to be away for the weekend…)

Entries will be judged each week by the PGM Dave Wheeler, and the winner will receive an print signed by Gerald – who’s asked only that we make a donation to charity in return for his involvement. Thank you, Gerald!

We’ll post a new one on the web site at noon every Friday, and you’ll have until noon the following Friday to think of novel, funny, and printable text to add. Send your suggestions to Nick Brown of Paulinus Lodge in Lincoln (who has liaised with Gerald to make the whole thing possible). Nick’s email is nicktheonion@hotmail.com This week’s cartoon is above. We look forward to seeing your entries.