Impressive Imp will be our ambassador for years to come

Freemasons give more than £500,000 to help Ukraine’s refugees 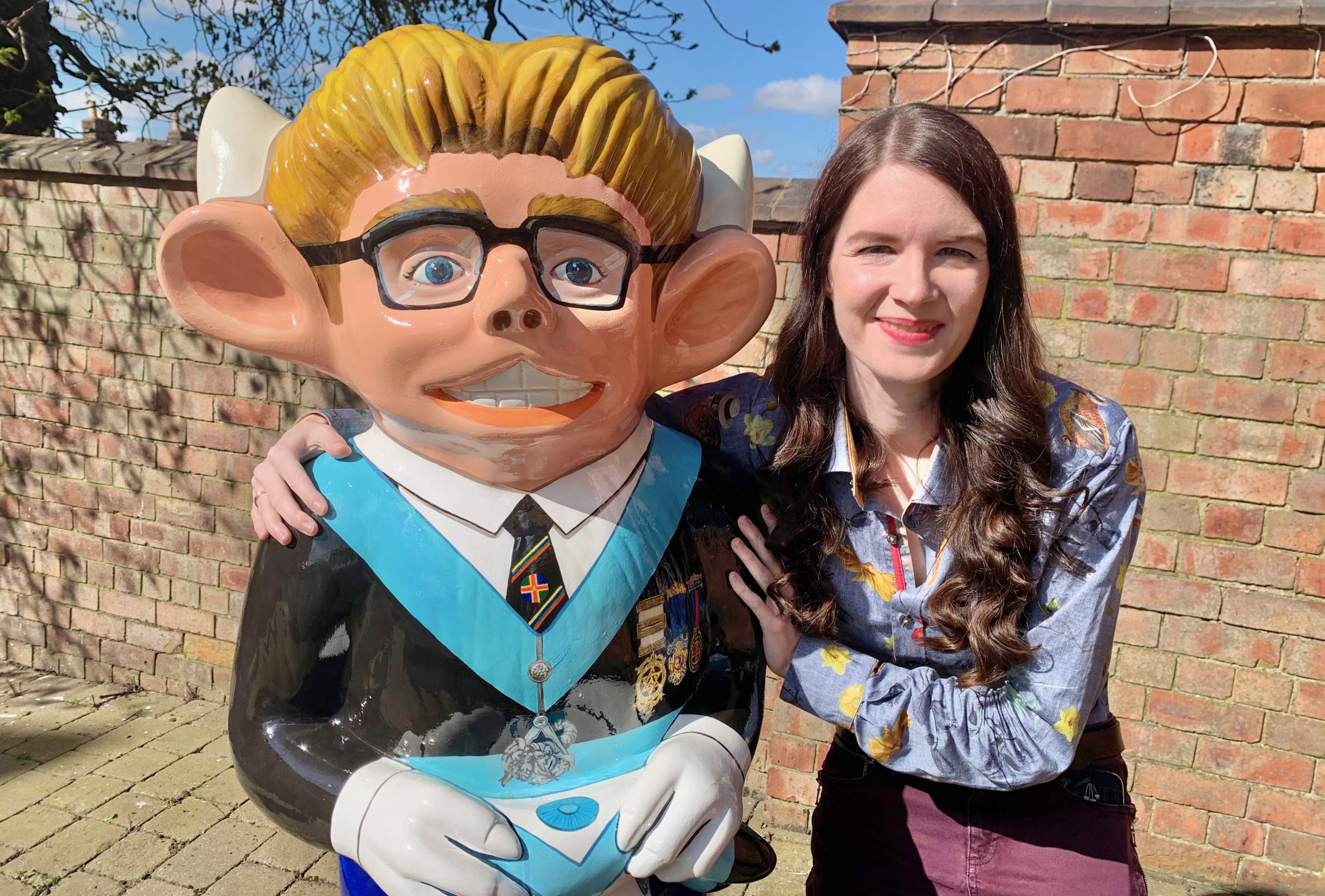 The Imp sponsored by Lincolnshire’s Freemasons to raise money for St Barnabas Hospice has been re-born in a new form – a Freemason!

Painted by talented artist Rosie Ablewhite from Lincoln, the imp had his first outing at a dinner yesterday, and will next appear at the Provincial meetings taking place at the Lincolnshire Showground’s Epic Centre on May 11th.

Rosie, who’d grown quite attached to him whilst he was in her care, has kitted him out as a Master Mason who’s also a steward, and a member of the Royal Arch. He’s also wearing his Tercentenary Jewel and a #Lincs2025 Festival jewel, all painted in exquisite detail. PGM Dave Wheeler said: “I’m completely blown away by what Rosie has done. The level of detail, especially on the jewels, is incredible.”

Lincolnshire Freemasons will work with Rosie again on the next street art project in aid of St Barnabas Hospice, taking place next year. It will be based on heart-shaped statues, and will have a physical presence not only in Lincoln, but in every town where the hospice, now in its 40th year, has a physical presence.

In between his ‘public appearances’ the Imp will live on the first floor landing of the Nightingale Rooms, the Lincoln Masonic Centre on Nettleham Road in the city.