Revealing some hidden mysteries of the Royal Arch ceremony 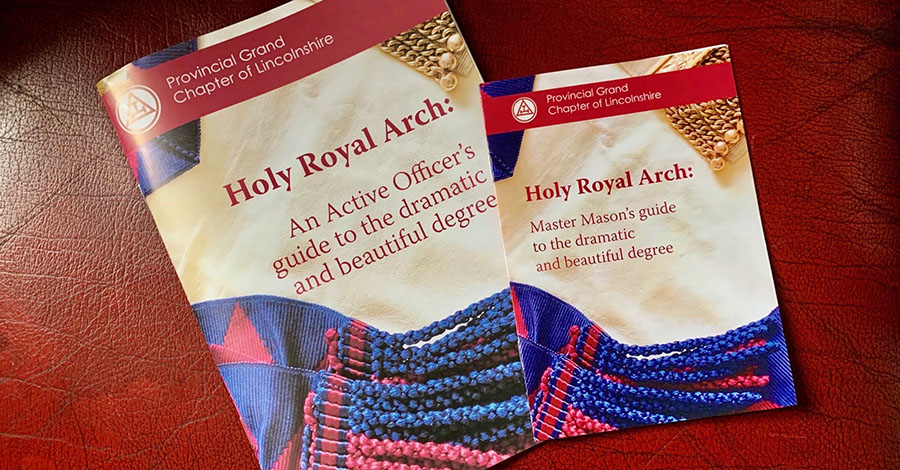 By Mike Rix, Second Provincial Grand Principal
It would be unseemly to play the music from the end of Eastenders at the conclusion of a third degree ceremony – even though the storyline in that ceremony wouldn’t be out of place in a TV drama.

Think of it. Without giving too much away, there’s a whodunit with a murder, a manhunt, and a grisly discovery at its centre, and, for the candidate, an unexpected revelation at the end.

In short, it has all the elements of a tragedy worthy of Shakespeare – but here’s the thing; it’s not the end of the story. That comes as – spoiler alert – the happy ending delivered in the Holy Royal arch, or Chapter.

Why am I telling you all this? It’s simple. The enforced suspension and subsequent lockdown has given us the opportunity to produce two ground breaking booklets about the Holy Royal Arch, aimed at two distinct audiences.

The first audience
The first audience is those Royal Arch Companions who have been selected to hold active office. They’re to be given a copy of the first booklet, addressed to them personally by the Most Excellent Grand Superintendent, when they are invested. The booklet congratulates them on having been selected for such a high office. It explains the story behind the Chapter’s Exaltation ceremony, in order that it can be told consistently throughout the Province. I am sure they will find the booklets interesting and that we can build on their existing knowledge of the story and hidden meaning within the Royal Arch.

The second audience
The second audience has many more members. They are the Master Masons within the Province who have not yet taken the step of joining a Chapter. We’ve all heard that the ceremony in a Chapter is the conclusion of the third degree, but this booklet explains that in more detail – and more precisely sets out the benefits to the individual that can be secured only by taking that step.

Although both books have been printed, and are in the Provincial Office, for obvious reasons we’ve not been able to distribute them. That will happen at the earliest opportunity. I hope we reach that point sooner rather than later, and that the Province’s Active Officers and Master Masons get as much pleasure from reading these books as we have from putting them together.

I’d like to extend my thanks to: Michael Lee, from the Province of Wiltshire, and Terry Little, from Lincolnshire, for their contributions to the text; David Buckenham for his help in editing the work, Stuart Pearcey for bringing the design together and organising the printing, and the members of the Lincolnshire Royal Arch Focus Group for their guidance and suppport.