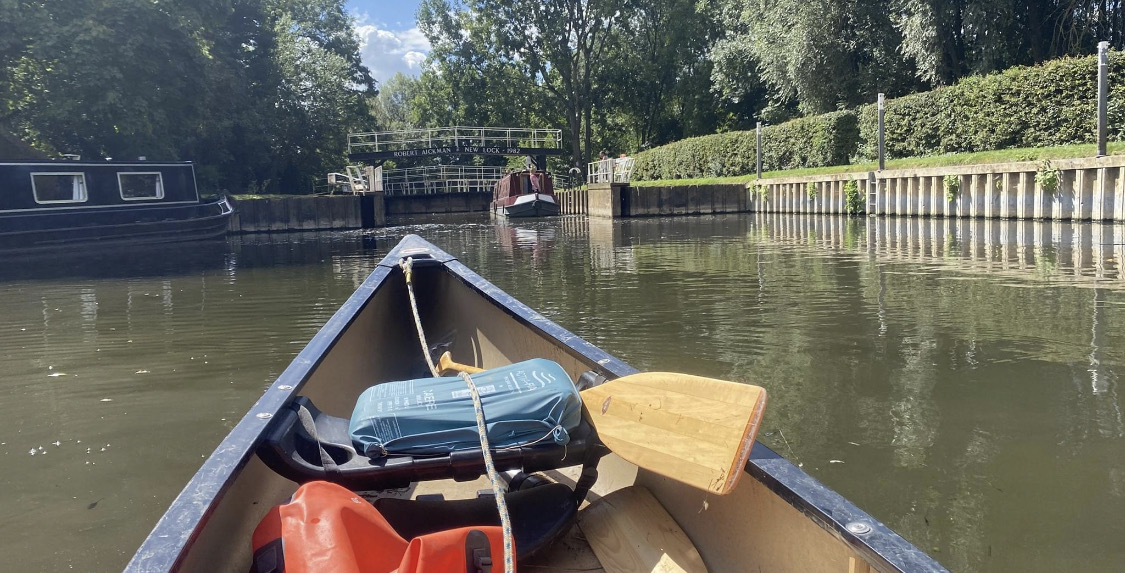 When Ian Slesser volunteered to travel the River Avon by canoe to raise money for the Freemasons charity the MCF he imagined he’d be on the river rather than in it – but that’s not how it turned out.

Recognising that it’s been a slow year for charities, with lockdown and isolation, he saw an opportunity to help. He said: “When Steve Warner, who’s a member of Lodge of Serenity in Coventry, suggested he’d like to canoe almost 80 miles along the Avon like a fool I raised my hand. It knew it wouldn’t be the easiest journey but thought it would be fun, if a little damp.”

Ian lives in Timberland between Lincoln and Sleaford. He’s a member of Banovallum Chapter in Horncastle, KT in Skegness and Rose Croix in Sleaford – but the main focus of his Freemasonry is in Warwickshire, where he’s the Provincial Communications Officer. 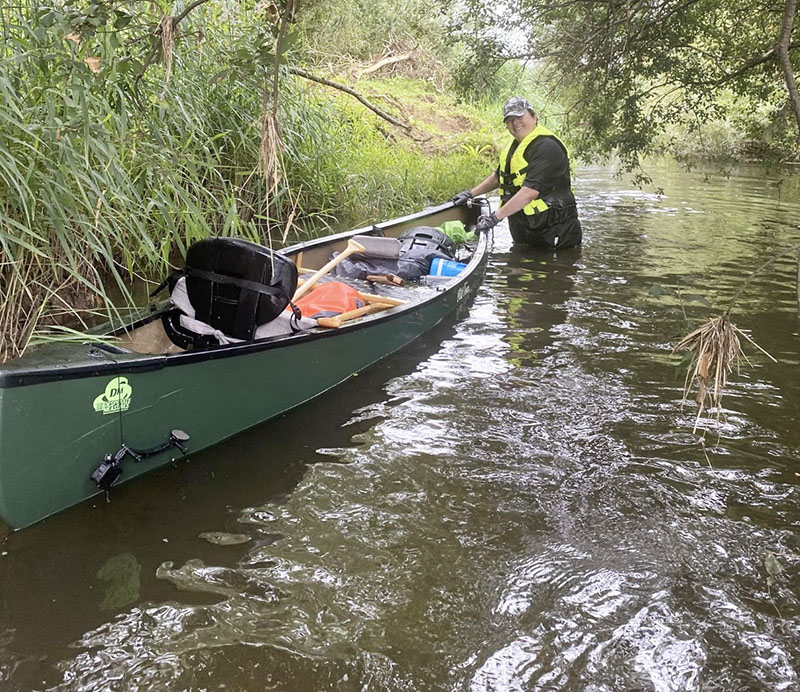 He said: “I’m inspired by the work of Masonic Charitable Foundation and wanted to support them by raising money as part of my participation in Warwickshire 2023 Festival.” The four-day trip, completed earlier this month, has so far raised more than £2,000 for the Warwickshire Festival.

“We’ve just about recovered from the weekend adventure. Thank you to everyone who has supported my fundraising efforts, the money will go to great causes around the country, many of which are really struggling and desperately need the support. There is still time of course, so if you can support us now that we have proved we can do it, all donations welcome at our everyday hero page here.

Diary of Dampness
Day 1 was very tough, overgrown reeds, fallen trees and debris in the river meant swimming, climbing, and generally circumnavigating obstacles for most of the day, we were glad to get to the motorway bridge for a night’s rest!

Day 2 was a gentler start, but Steve was in so much pain from Day 1 he had to get some medication and recuperate, so his son Richard boldly stepped in for the first leg down to Stratford on Avon. Just one capsize from a weir in the morning, so close to making it but a final tilt had us swimming. Steve was back in the boat at Stratford and finished the day, glad to get to the pub, gutted that it was closed!

Day 3 was much gentler from the river, five or six locks to negotiate and a long pull to the finish. For the first time we got to stay in a bed at the Angel Inn in Pershore, warm shower, beer and a bed – what a rejuvenator! Ready for the final day.

Day 4 and journey’s end! 78 miles is a tough ask when you start with very little water and end paddling into a gale, but it was fun and gave us a real sense of achievement.