UGLE lives up to the promise: At the going down of the sun and in the morning, We will remember them… 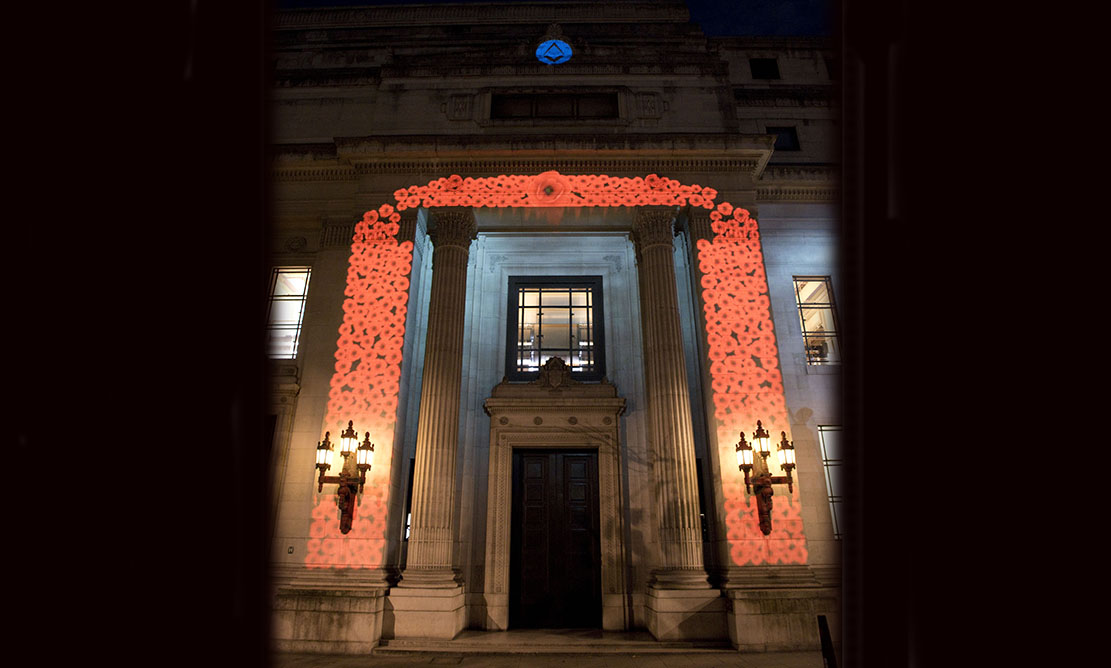 To mark three major anniversaries for Remembrance Day the United Grand Lodge of England (UGLE) has lit up Freemasons’ Hall in London with the names of Freemasons who died in WW1 to commemorate the 75th Anniversary of VE and VJ Day, and the Centenary of the unveiling of the Cenotaph in London. 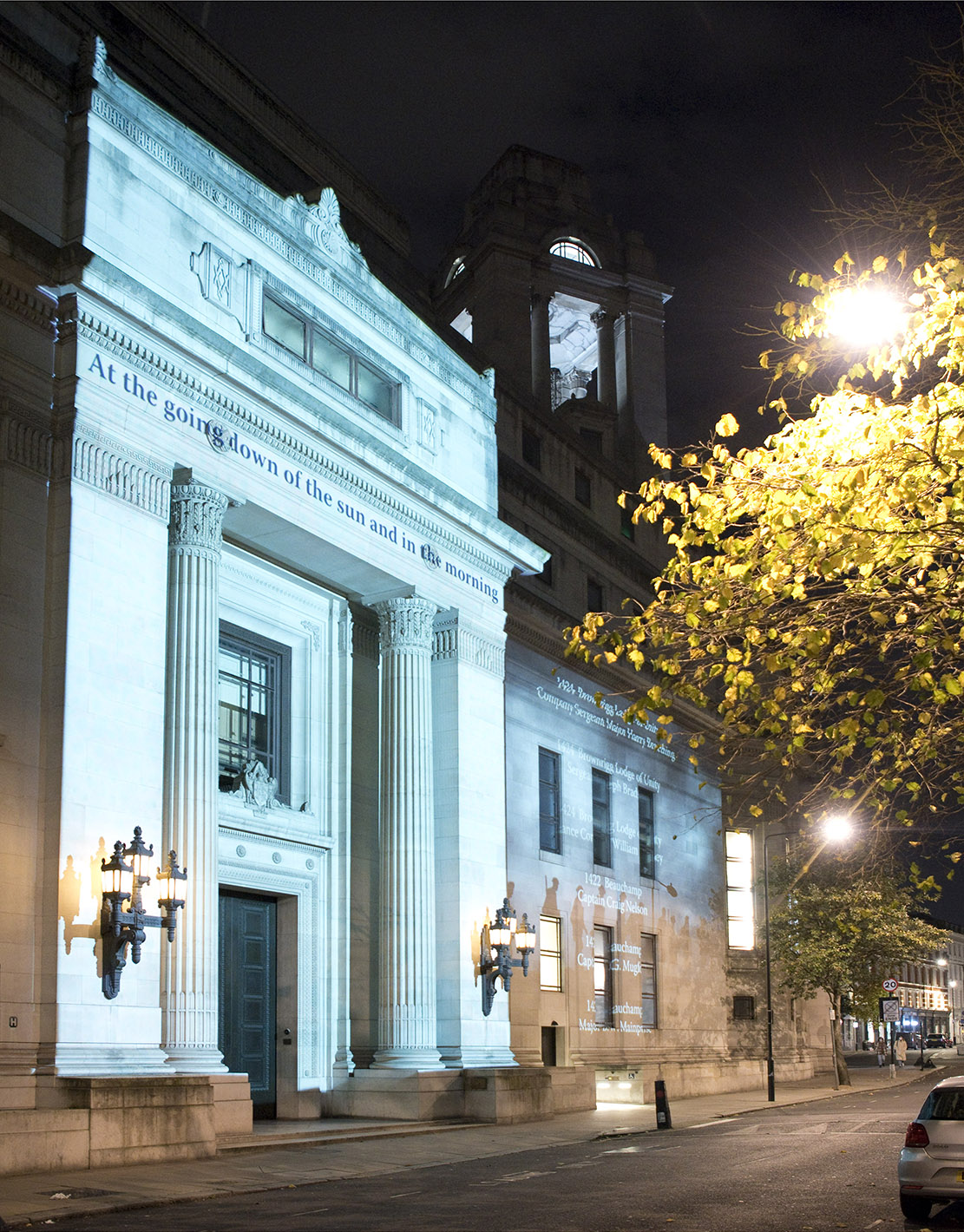 The projection on Freemasons’ Hall will be on display until 9pm on the evening of Armistice Day and has already been shared widely on social media. In addition, more than 500 poppies, donated by Staffordshire Freemasons, are on display in the vestibules inside the stunning Grade II listed building, which was built as a peace memorial after WW1. The names of the 3,000 Freemasons are immortalised in the Roll of Honour within the Hall.

Freemasons have always had a strong relationship with the armed services, and UGLE have worked with Remembrance Pennywho have donated a bronze poppy, in a case, inscribed with the words “They shall not grow old. For those Freemasons who died for their country”. Funds raised from the sale of the pennies will go to support Combat Stress to help continue delivering life-changing specialist services to veterans across the UK.  The poppy will be permanently situated in the vestibules as a symbol of reflection and contemplation for those servicemen and women who have served their country.

On Wednesday 11 November at 11am UGLE will live stream on its Facebook channel the two-minute silence in front of the peace memorial at Freemasons’ Hall, with a bugler playing The Last Post in tribute to those who made the ultimate sacrifice.

Dr David Staples, UGLE’s chief executive, said: “The history of Freemasons’ Hall is directly linked to the Great War. There were more than 3,000 Freemasons killed in action during WW1 and in honour of those members, Freemasons’ Hall was rebuilt as a peace memorial to all Freemasons’ who gave their lives for their country. This year, even in a difficult period, we have found a way to remember their ultimate sacrifice.”

In addition UGLE Freemasons will also be taking part in Remembrance Day events across the country.