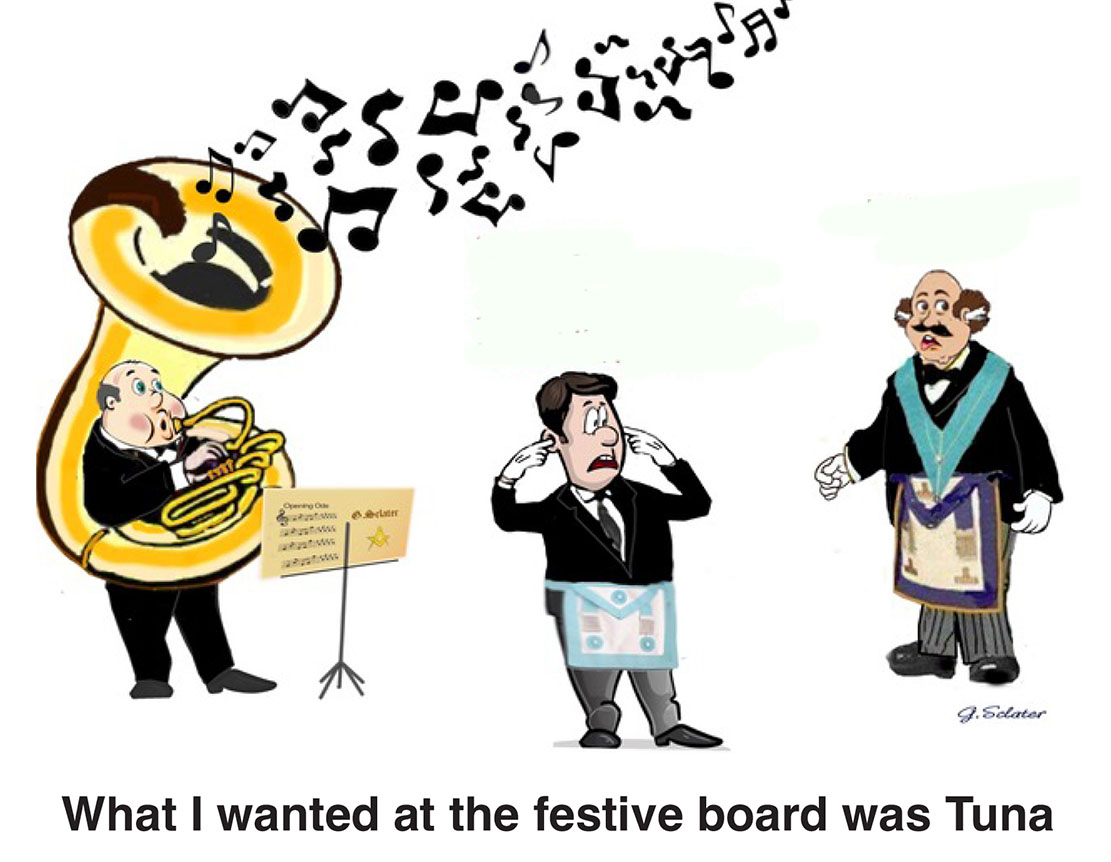 Tim Miller of Round Table Lodge is the winner of our latest Gerald Sclater cartoon competition for coming up with the line on the picture above.

Second was Mike Martin of Ashlar, who wrote: “You know that saying all the right notes, just not necessarily in the right order? – well, Eric hasn’t even found the right notes!” and third was fellow Ashlar member Tony Curtis, who wrote: “Perhaps it wasn’t wise to upset the organist by mentioning the duff notes he played at the last lodge meeting.”

As a result of being allowed to use Gerald Sclater’s cartoons with invitations to write new captions we have been able to send £200 from Lincolnshire to Teddies for Loving Care – which later this year will give its three millionth bear to a child going into hospital. The competition idea has been taken up by two neighbouring provinces, and the UGLE team is promoting it around the country. Look out for more information about Teddies for Loving Care coming soon…

Our competition is judged blind by PGM Dave Wheeler, with entries co-ordinated by Nick Brown, who liaised with Gerald to make it possible. Enter the latest competition here