How to stay in touch with WhatsApp

Signed cartoons about Freemasonry created by cartoonist Gerald Sclater must be won in the latest initiative launched by the Province of Lincolnshire to help us get through the current crisis.

Whilst dedicated teams in the NHS sustain their heroic efforts to keep the service going, and almost half a million volunteers have stepped up and help through the current crisis, a great many more are doing what they’ve been asked to do, which is simply to stay at home.

That can be a tough ask, which is why we’ve come up with this competition. No doubt we’ve all seen cartoons with a Freemasonry twist created by Gerald Sclater. He’s very kindly given us permission to take the text out of some of them, and invite you to add your own.

Entries will be judged each week by the PGM Dave Wheeler, and the winner will receive an original artwork signed by Gerald – who’s asked only that we make a donation to Teddies for Loving Care in return for his involvement. Thank you, Gerald!

We’ll post a new one on the web site at noon every Friday, and you’ll have until noon the following Friday to think of novel, funny, and printable text to add. Send your suggestions for this one to Nick Brown of Paulinus Lodge in Lincoln (who, as part of the Provincial Mentoring Team, has liaised with Gerald to make the whole thing possible) by noon on April 3rd. Nick’s email is nicktheonion@hotmail.com The first cartoon is below. We look forward to seeing your entries. 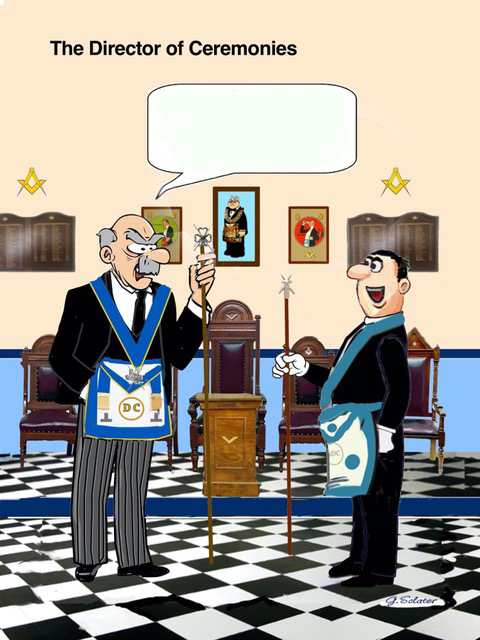