I wish you all a merry Christmas and a happy and safe New Year, says PGM 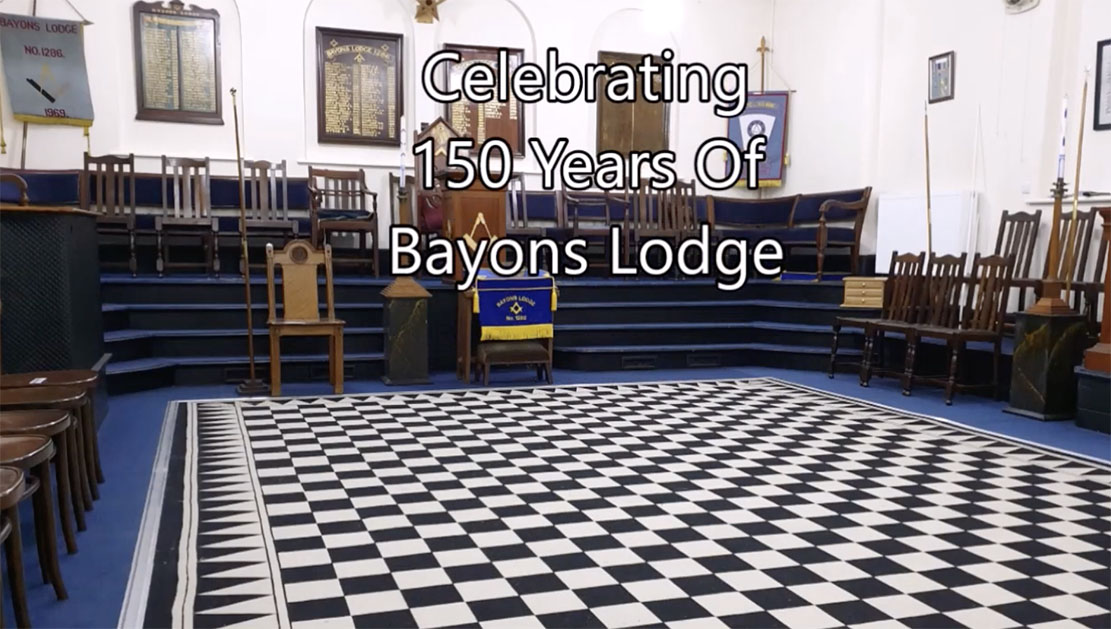 Brethren of the Bayons Lodge in Market Rasen have celebrated their Lodge’s 150th anniversary with a £9,000 refurbishment of the Lodge room.
Redecoration of the room and renewal of the carpet, including the chequered pavement, has been captured in a seven-minute time-lapse video which Provincial webmaster Chris Bradley has used as the first post on a newly-created Provincial YouTube channel, which will be populated with new programmes in the years ahead. Said Chris: “At this stage the Channel is in its infancy, and we shall evolve and enhance it over time as we add more material and personalise it to suit our own ends. We hope the Brethren will find it  interesting and useful as our communications efforts develop and grow.” In the Bayons video, the picture near the beginning,  shows seven regular helpers: front row from left to right are W Bros Barnes, Stephenson, Pattison, Jeeves, and Evans. Back row W Bros Stead and Hollingsworth.
In 2018 there was a 2019 committee set up to organise the 150th Anniversary, and involved W Bros Hodgson, Cooper, Stephenson, Pattison, Hollingsworth and Murton who was in the chair this year but sadly passed away in August. During the first evening for the big strip out they were also assisted by Nathan Barnes Jr, W Bros Cooper, Grinham, Tripp,  Harrison and Bro Priestley. Said Nathan Snr: “Our 150th Anniversary was held on a regular Lodge night on the 2nd December, exactly one hundred and fifty years since its consecration. The Festive Board was held at the Festival Hall in Market Rasen, and was attended by more than one hundred members and guests.”

Nothing was wasted from the strip-out; W Bro Stephenson sold the black and white squares of the old carpet in a raffle to help raise funds – which it did handsomely, adding £1,500 to funds. Three prizes of £100 each were awarded on the evening.