Tales of a Travelling Bag Man

Making Masonic centres the best they can be 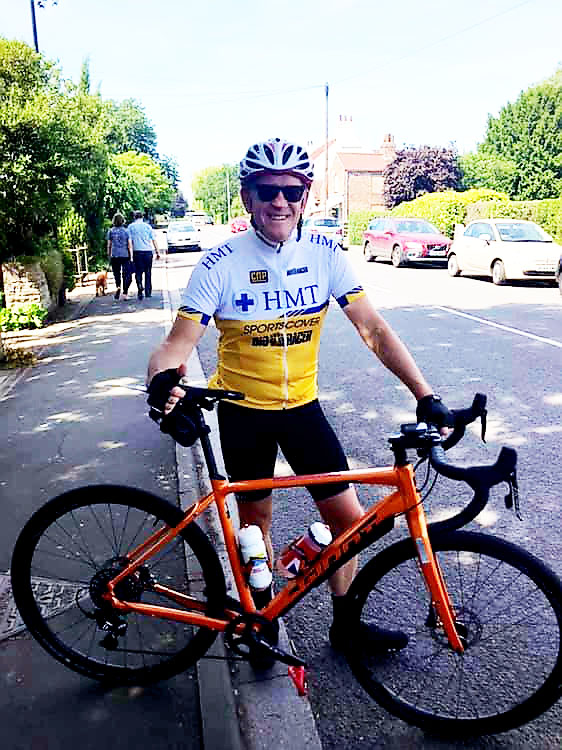 Lodge of Aveland Past Master Graeme Salmon has cycled 218 miles from his current Masonic home in Whitley Bay to his past one at Bourne in Lincolnshire to raise money for the Northumberland 2020 Festival.

Leaving home at 3am Graeme pedalled for thirteen hours and thirty-four minutes, and arrived at his destination around 8pm, where he was met by friends, family and brethren from the Lodge of Aveland.

And with Lincolnshire’s 2025 Festival starting in 2020 and Northumberland’s ending on the same year, Graeme felt he was passing on the baton from his new province to his former one.

He said: “The journey took in Durham, York, Selby, Gainsborough, and Lincoln. Warm, sunny but windy weather made the whole ride much more pleasant. I had only one puncture, and a slight detour near Selby interrupted the planned schedule.

“I’d like to thank everyone who has supported me, made donations towards the Province of Northumberland 2020 Festival through sponsorship, or simply taken the time to ask about the ride – and it was a pleasure to share my Masonic connections with Whitley Bay and Bourne through it.”

Graeme is now working on reaching to his fundraising target of £2,020, and will be following up the many offers he has had to assist in achieving it. He was thrilled to receive a donation from The Lodge of Aveland when he got to Bourne.

The featured image shows Graeme en route near to York having swapped bikes and jersey to tackle an off-road section; and the others show him leaving Whitley Bay at 3am, and then receiving a donation from Lodge of Aveland Charity Steward Brent Pottle. 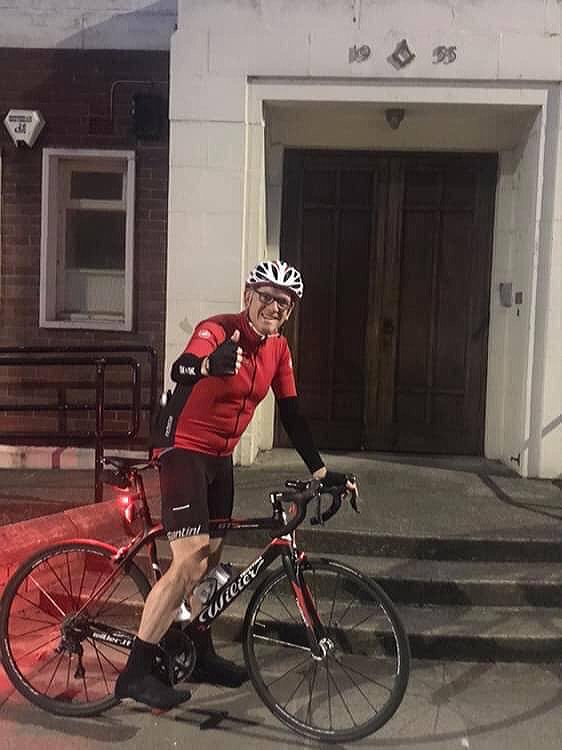 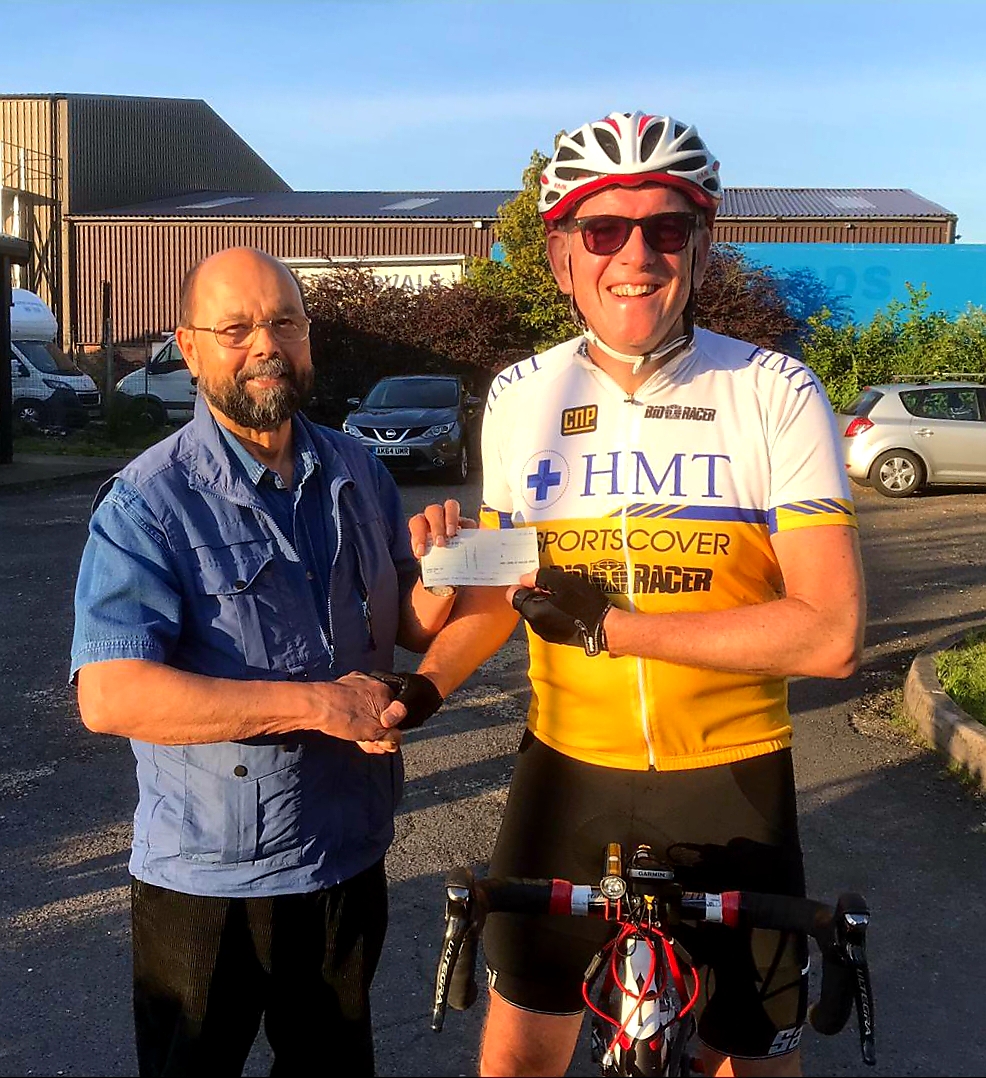