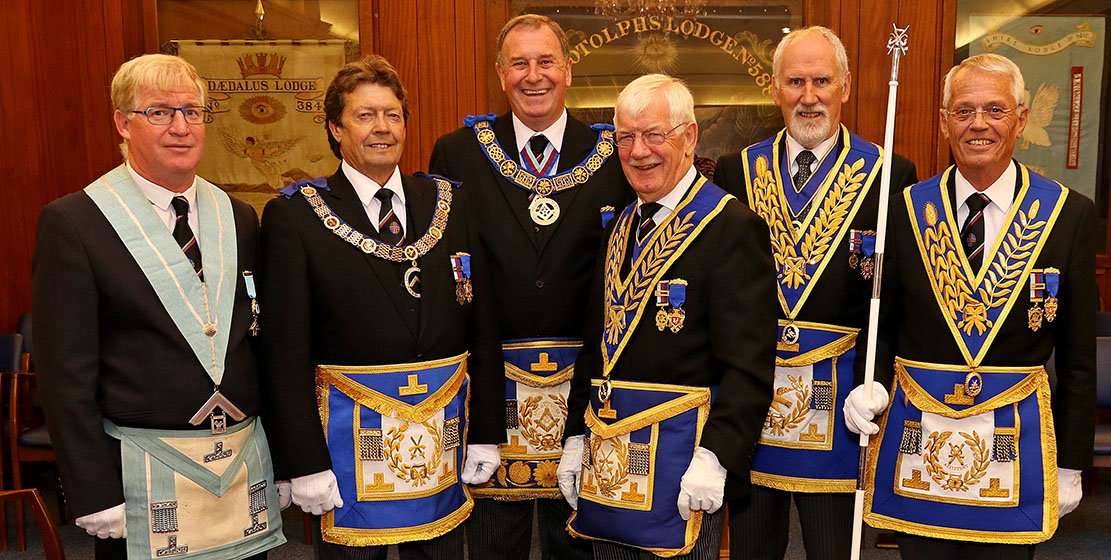 St Botolph’s Lodge members in Sleaford have celebrated the 50th anniversary of one of their members reaching his 50-year milestone in the craft – Very W. Bro John Hockin, the former Deputy Provincial Grand Master.
PGM Dave Wheeler and the Provincial team turned out for the evening, during which Dave explained that the origin of the name ‘Hockin’ meant ‘good-looking, intelligent, and friendly’, and that ‘William John’ meant ‘not very’.
John was presented with a commemorative certificate during an evening which included a second degree ceremony and an extended version of the tracing board, delivered by six lodge members.
In the picture are, from left: John’s son Rod, Deputy PGM John Crutchley, PGM Dave Wheeler, John Hockin, David Burton, Past APGM of Northants/Hunts, and Noel Fisher, Lincolnshire’s Provincial DC.
John thanked Dave Wheeler for making the evening so memorable for him and his son Rod.