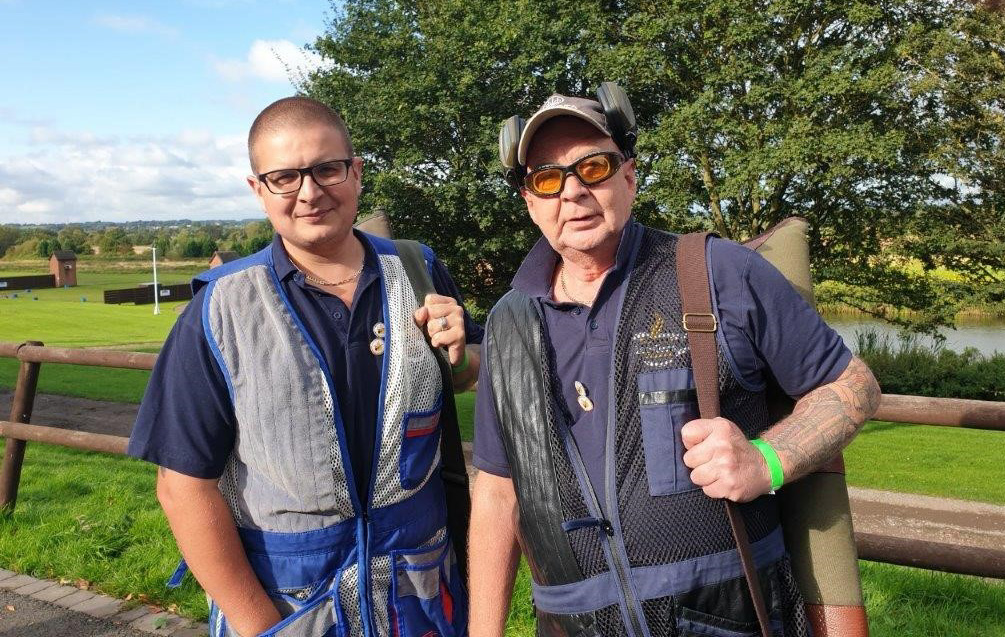 Eighteen provinces, six countries and one hundred and twenty three shooters gathered on a day where the weather was kind and stayed dry for the first International Masonic Clay Shooting Championship Cup Event. The international competition was won by England with a collective score of 369, second was Scotland with 324 and in third place Wales with 310. Lincolnshire was represented by two Brethren from Eccles Lodge, Bro’s Mike and Jamie Bristow (Father and Son), who had a fabulous day and were teamed up with East Kent and Wiltshire Clubs. The Brethren were very friendly throughout the morning. Mike and Jamie have been shooting for many years together but his was their first competition shoot and first 100 bird shoot. They had fantastic support from Mike’s wife (and Jamie’s mum) who kept them in chocky bars all morning and proved to be an outstanding gun carrier. The occasion was a little daunting at the start due to many teams, including the entire Scottish team, all wearing club or National skeet vests caps and t/shirt and they did wonder what they had let themselves in for. Mike and Jamie were both very pleased with our scores for our first shoot and are confident if they are able to return next year in Scotland 80+ should be achievable (Jamie anyway!)