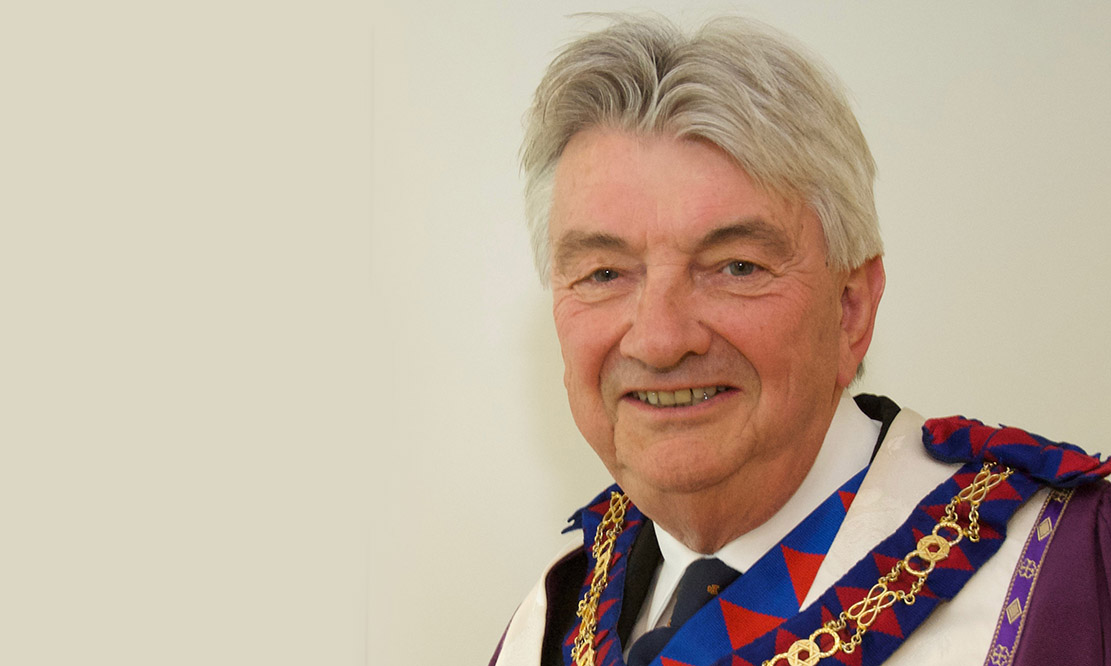 Very senior Chapter masons and a brand-new member at only his second meeting have been given an insight into the exaltation ceremony in a webinar written and presented by Lincolnshire’s Second Grand Principal Mike Rix.

Done on line for more than 30 members and visitors of the Isle of Axholme Chapter, Mike’s webinar breaks the story into three parts. The first part of the three-part series explains the basic story of the ceremony and the role of the sojourners, three characters who have a central part to play.

“It was very well received, with lots of positive feedback,” said Mike. Chapter Z Mick Cole added: “Everyone got something out of it, and as a result we’re looking forward to the second instalment, which will be delivered on our next normal meeting night of June 25th. That will explore the allegory; the hidden meaning in the story, and we’d like to extend an invitation to any Chapter members who would like to be ‘virtual visitors’ on that night.” To take part, you’re asked to send your name, email address, and the name of your Chapter to r.leek@ntlworld.com, Chapter Scribe E who is helping organise the events. He will be able to supply the webinar joining instructions – but be aware that places are limited, and will be allocated on a first come, first served basis.

As for the third part of Mike’s presentation, the date for that’s not clear. “Our next meeting after June would normally be our installation in November, and in the circumstances that’s a long way to plan ahead,” said Mike. “We’ll have a better idea about what we can do nearer the time.”

Mike said he’d been supported in setting up the webinar by Yorkshire companion Ken Wootton. “Ken was very helpful. We used the BigButton system offered on the Solomon web site, and with a ‘technical rehearsal’ it went well on the night.”