Masons and Motors event will re-start next year 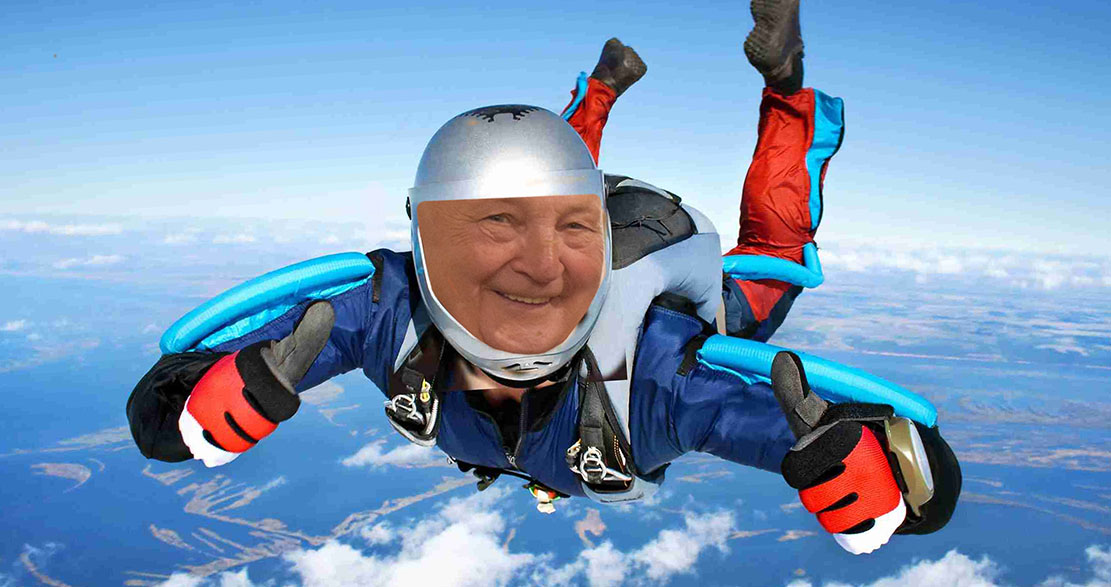 Veteran Freemason Bob Smith has been given the green light for a tandem parachute jump to raise money for our #Lincs2025 Festival.

A few days before his 85th birthday, and with the blessing of his doctor Bro Nick Humphrey, Bob will make the jump at Hibaldstow airfield near Brigg on Thursday August 27th, making him probably the oldest Freemason ever to achieve such a feat. (Perhaps he’s not the oldest, but we don’t know of anyone older, and we’re willing to make the claim on his behalf and wait to be proved wrong).

Bob, a member of Sir Joseph Banks Daylight Lodge in Horncastle, shared news of his planned jump with Pro Grand Master Peter Lowndes and Grand Sectretary David Staples just before the March Quarterly Communication meeting at Great Queen Street, when he was able to tell them that he has collected pledges for more than £3,000 of a £10,000 target, far exceeding the £500 he set out to raise.

Peter complimented Bob on his dedication to Freemasonry, and wished him well for the jump. Bob said: “We spend a very enjoyable 15 minutes in their company, and M W Bro Lowndes promised that he would mention it at the June QC meeting, though of course that never took place because we were in lockdown.”

Bob wil be taken to Hibaldstow by Michael Carter, who says that somewhere along the line has become Bob’s ‘campaign manager’, though he doesn’t recall having applied for the job.

PGM Dave Wheeler commended Bob’s determination, and said: “Bob will be doing something that many people half his age and less wouldn’t have the courage to undertake – but it takes much less courage to sponsor him. I hope many will do so at his Everyday Hero page at this link.”