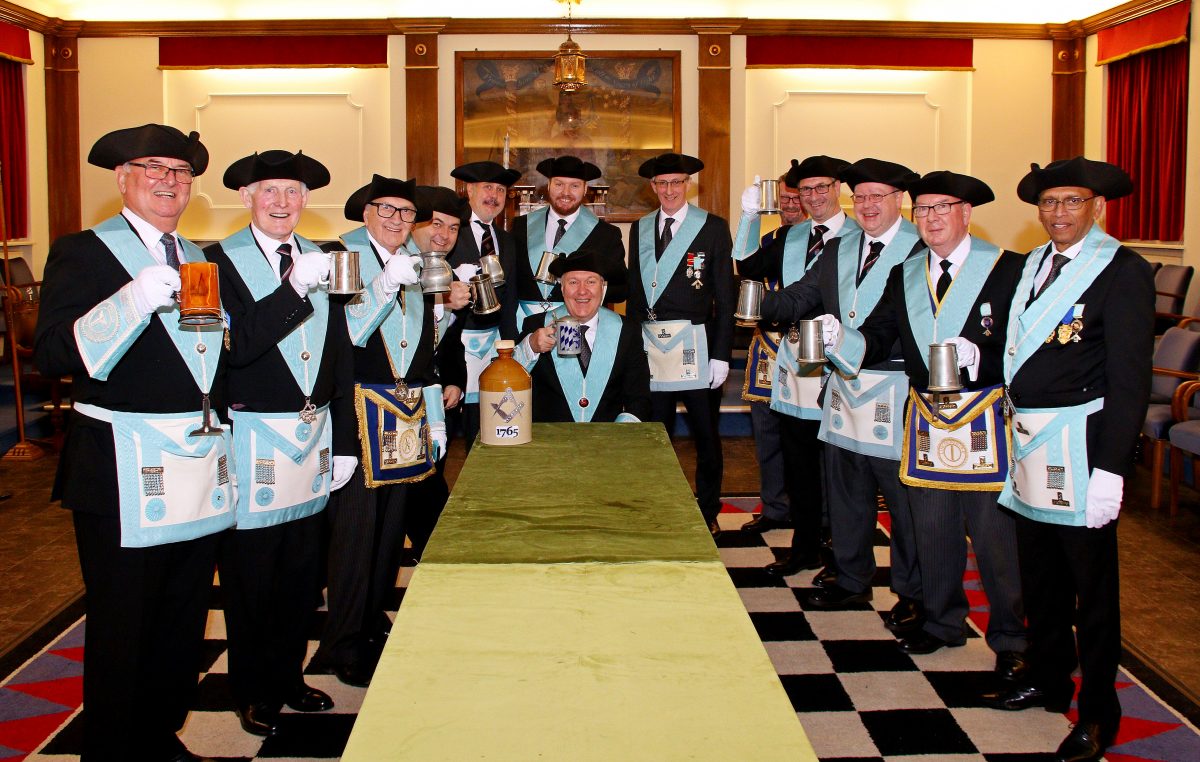 Yesterday the Doric LoI celebrated it’s 125th anniversary with a re-enactment of an Initiation ceremony dating back to 1765. The very well attended event was a huge success with the visitors and W Bro Mike Lock, the personal representative of the RW ProvGM. The members of the Doric LoI 362 performed part of the present initiation ceremony until and including the obligation, afterwards the lodge was called of and ” transformed” into an 18th century room in the back of a pub. A similar ritual was then performed according to the description of a ceremony dating back to 1765, again up to and including the obligation followed by a question and answer session amongst the Brethren.