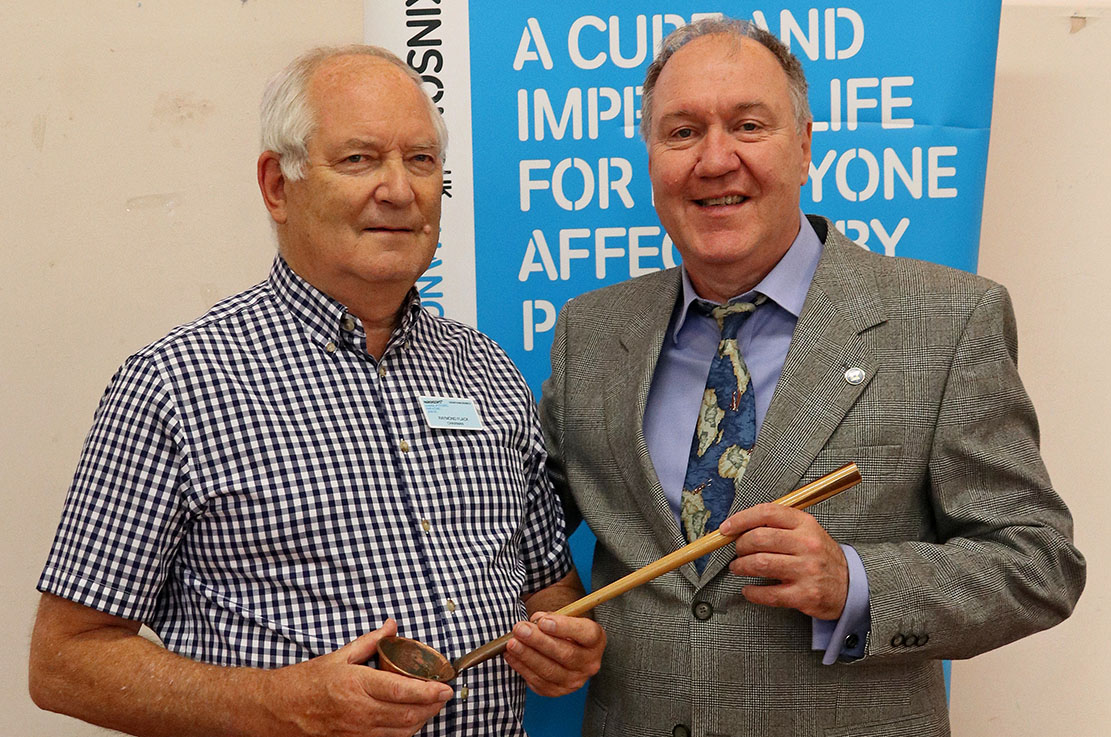 Ray Flack, left, and Ralf Galloway with the candle snuffer

Grantham’s Masonic Museum has been given a new artefact ‘rescued’ from a now-defunct London Lodge.

It’s a candle snuffer, and has been passed to the museum by Ray Flack of Meridian Daylight Lodge to Ralf Galloway, Master of Doric Lodge, both of which meet in the Grantham building.

The snuffer was given to Ray by his daughter Adele, and the presentation was made after Ralf had given a talk to Grantham’s Parkinson’s UK group under the title ‘Grantham in the early Victorian era’. It covered topics as diverse as crime and punishment, temperance and healthcare, and had been assembled from newspaper articles of the day and other historical records, and was delivered at Ray’s request, because he’s Chairman of the group – illustrating another side to the role played by Freemasons in the community.