Grand Rank Appointments in the Craft and Supreme Grand Chapter

Town-by-town breakdown of how Freemasons shared more than £50,000 amongst Lincolnshire charities 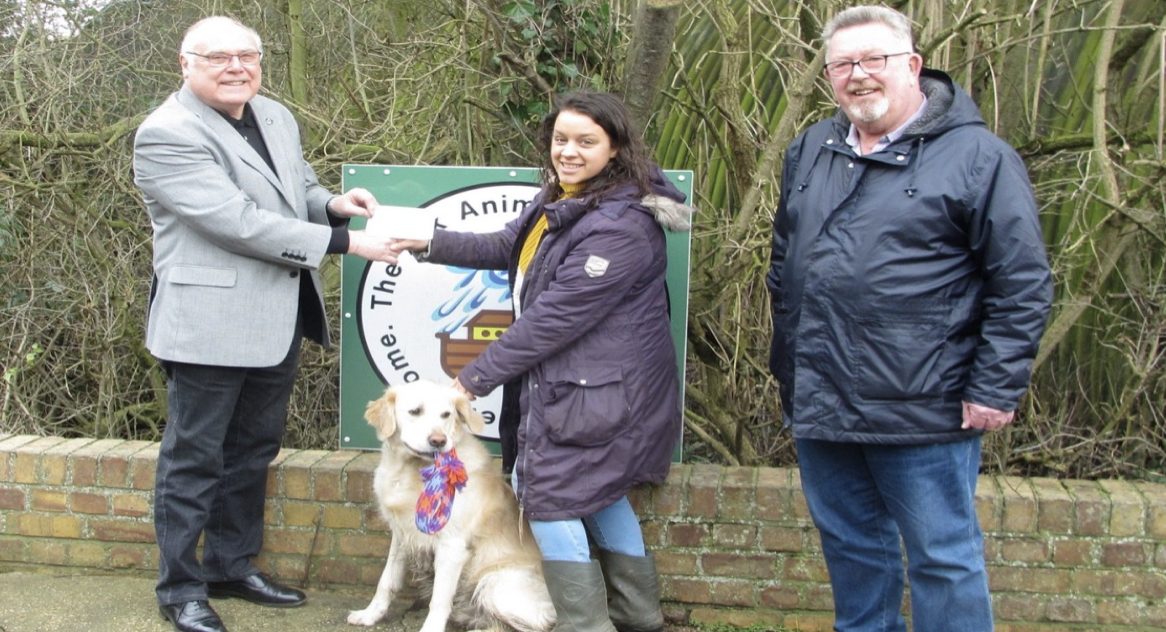 All manner of furry creatures can have a better life thanks to the support of Grimsby Freemasons for the Ark Animal Rescue Centre in North Somercotes.

That’s thanks to a £500 donation from the members of Wellow Abbey Lodge, presented on their behalf by Peter Hart, left. Receiving the cheque is Laura Wooton of the Ark Animal Rescue Centre, and rescue dog Monty,  who brought along his favourite toy, watched by fellow Freemason Martin High, .

The centre takes in animals for adoption from private homes, other rescue centres and sometimes via the dog warden, and whilst it has mainly dogs, cats, rabbits, other small furries, including ferrets, arrive at the centre from time to time looking for a home.  Most of the animals live there until they find a loving home but they also have long-term residents who will stay at the centre for the rest of their lives as they cannot be re-homed for a variety of reasons.

The £500 was given from the Freemasons’ New Provincial Benevolent Fund, which gives all of Lincolnshire’s 75 Lodges £500 for the charity of their choice each year.