How a life was saved thanks to Freemasons’ charity 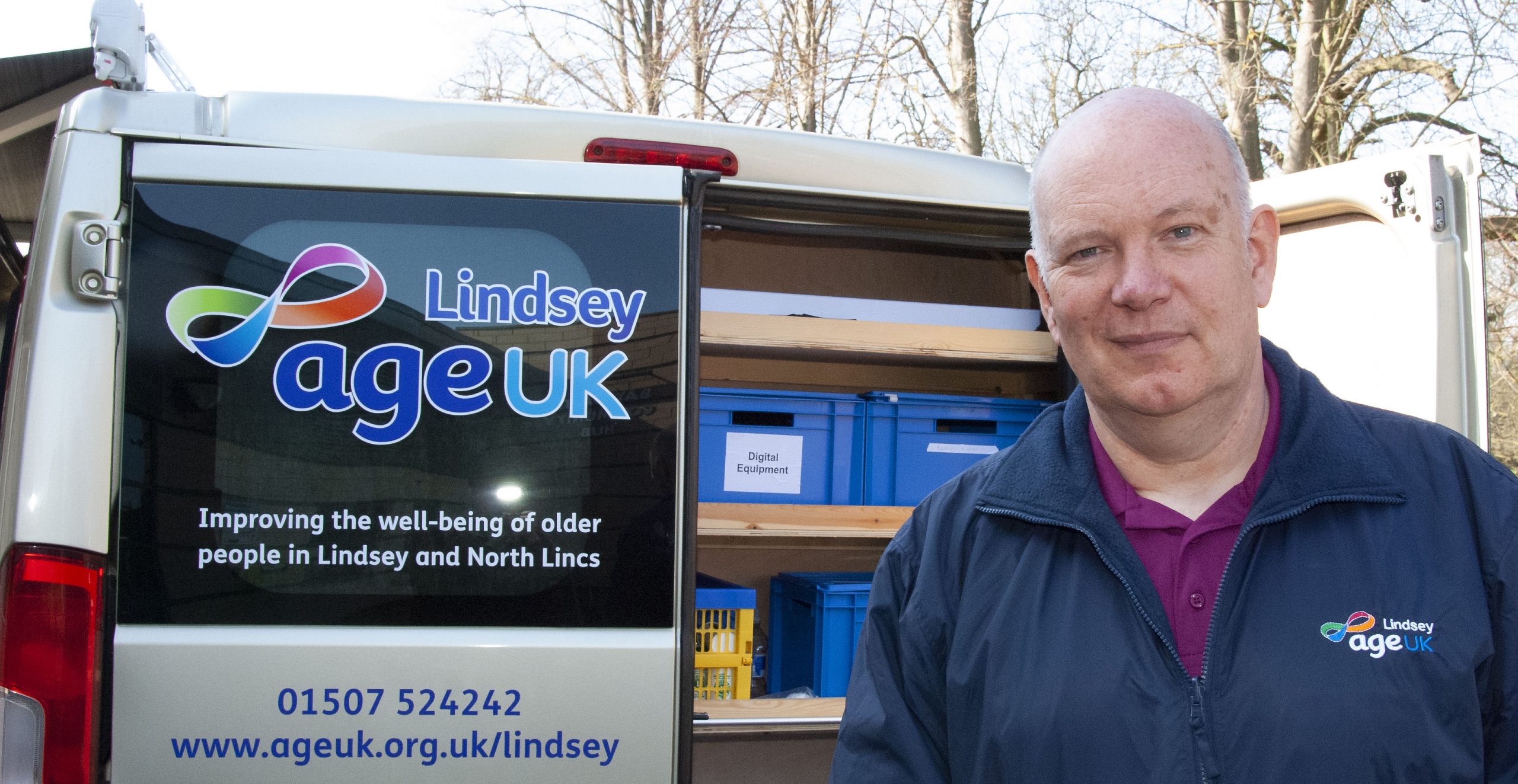 Age UK Lindsey CEO Andrew Storer with the organisation’s mobile consulting room – an outreach service that takes all of its services into the communities where its help may be needed, from advice on heating bills to help with claiming benefits, and the means to make a cuppa…

Backed by funding from Freemasons, Age UK Lindsey has been able to turn around the life of Lionel*, a lonely pensioner with no family.

Living alone, Lionel had good and bad days. The good ones were when his arthritis wasn’t playing him up, the bad ones when his inoperable faulty heart valve played havoc with his blood pressure, and he felt washed out and unable to do things.

The help he had from neighbours came to an end when they moved away. But that’s when Age UK Lindsey stepped in, and brought him into its Later Life Goals project.

Age UK Lindsey’s CEO Andrew Storer said: “Lionel’s main life event was his health, but money and accessing and receiving care were other changes he wanted to make to his life.

“His goal was to see if he was claiming everything he was entitled to, as he was already struggling financially but needed to arrange better care and support at home. We did a benefit check and identified that he should be entitled to Attendance Allowance. The application for that, and subsequent Pension Credit and Council Tax reduction were completed with support.

“My colleague Kate also signposted him for support with his housing and to our Befriending team. More recently they did some research and put him in touch with a luncheon club.”

Help from AGE UK Lindsey has made Lionel happier and more content, and given him has more independence, greater peace of mind, more choices and more dignity and respect. Said Andrew: “He says he now feels less alone and more worthwhile because we took our time with him, listened to him and cared enough to put effort into helping him.”

Lionel said: “Christine Tyrrell and Kate Mawer from Age UK Lindsey have been marvellous – I was shocked by their humanity… when you don’t understand the system, it is unbelievably comforting that someone takes the time to go through this with you. I have gone from J.A.M. (just about managing) to finding the bread and butter to put it on…

A £1m grant from the Freemasons’ charity the MCF has supported Age UK nationally to help the organisation secure £16.3m in otherwise unclaimed benefits for people like Lionel. That was bolstered by a further £500 from the Freemasons of Sir Joseph Banks Lodge in Horncastle – vital help to sustain the service locally, as stand-alone Age UK Lindsey gets just 1% of its income from the national charity.

Lincolnshire Freemasons Provincial Charity Steward Pete Tong said: “Lionel’s story brings into sharp focus how the donations Freemasons make can make such a positive difference to people’s lives. The outcomes of our involvement are so important. There are more than 3,000 Freemasons in Lincolnshire, and their collective commitment makes stories like this possible, year in, year out. I’m proud to be one of them.”

*Lionel isn’t his real name – but he lives in one of the three local authority areas of East and West Lindsey and North Lincolnshire in which Age UK Lindsey supports about 20,000 people a year.