How a life was saved thanks to Freemasons’ charity

It’s hardly a stretch of the imagination to say that Covid victim Charlie* is alive today thanks to Freemasonry’s support for a charity bringing together male carers who would otherwise be alone.

Charlie’s a member of the group supported by the Carers First charity, and when he didn’t turn up for a planned breakfast meeting alarm bells started to ring. “Someone from the charity went to his house to find out why he hadn’t arrived for the meeting. They found him very ill with Covid, as a result of which he was whisked off to hospital,” explained Freemasons’ Provincial Charity Steward Pete Tong. “If the Freemasons’ charity the MCF hadn’t made a grant of £55,000 to support the charity’s work in East Lindsey, then events including the ‘breakfast banter’ meeting Charlie missed simply wouldn’t have taken place, and for him the consequences hardly bear thinking about.”

The grant, and others which followed, facilitates many events including ‘banter breakfasts’ where men who have been, or still are, carers can meet and enjoy a free breakfast and relax and forge friendships and, in the process, get peer support. “Our support for Charities doesn’t stop when they get the grant, in fact that should be the start of it,” adds Pete.

Hannah Key, the ‘Men Do’  project lead, Karen Johnson the Charity’s Trusts and Foundations Fundraiser, and Freemason Simon Noden of Lumley Lodge in Skegness have met regularly since the grants awarded to see how the Charity and Freemasons in Lincolnshire can be of mutual benefit and share ideas.

Karen spoke at a meeting of Lodge Almoners, where she explained how Carers First can support Freemasons who are or have been carers. “We know that invitation has already be followed up by a number of Lodge almoners in support of their members.”  Simon and the members of Lumley Lodge have put on breakfasts and invited carers in the area to join them.  Says Simon: “It’s about supporting each other, Masons and non-Masons.  We all matter.”

Karen said that whilst funding was important and necessary, it was just as important to continue to meet to see how their service could develop with the help of Lincolnshire Freemasons.  She added: “It’s not just about money; Freemasons overall have such a breadth of skills and knowledge which we can tap into.”

And the breakfast meetings for men carers have been so successful that the Charity is now extending it to provide a similar opportunity for female carers to meet too.

*Not his real name 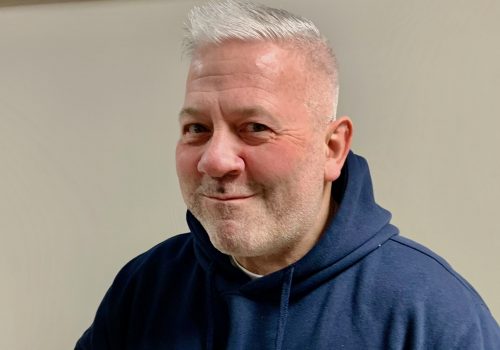 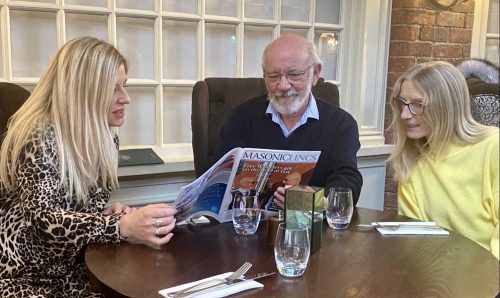