On Saturday 15th June 2019 the ProvGM, Rt W Bro Dave Wheeler, and his wife Liz, attended the Annual Summer Fair held at Connaught Court, Fulford, York. The ProvGM officially opened the proceedings and paid tribute to the work being done to ensure that the residents are well cared for in top class surroundings. He also thanked the staff of the Royal Masonic Benevolent Association for the management of Connaught Court and the large number of people attending in support of the Summer Fair.

The DepProvGM VW Bro John Crutchely and his wife Anne were also in attendance as was the AProvGM, W Bro Bruce Goodman together with many others from the Province of Lincolnshire and beyond. Two Lincolnshire Brethren, Barrie Graham and Andrew Clarkson, cycled to Connaught Court from Scunthorpe on the day and have raised hundreds of pounds as a result.

A great deal of work had gone in to preparing the event with a variety of activities to entertain those attending. There was produce to buy, live music, classic cars, raffles and stalls selling many items to swell the funds. The ProvGM wishes to thank all the Masons and their wives, partners and families who attended from Lincolnshire for giving up their time to be present to support this very worthwhile cause. He also thanks the Lodges and their members who staffed the stalls or supported the day.

The weather stayed fine and a good time was had by all who attended. 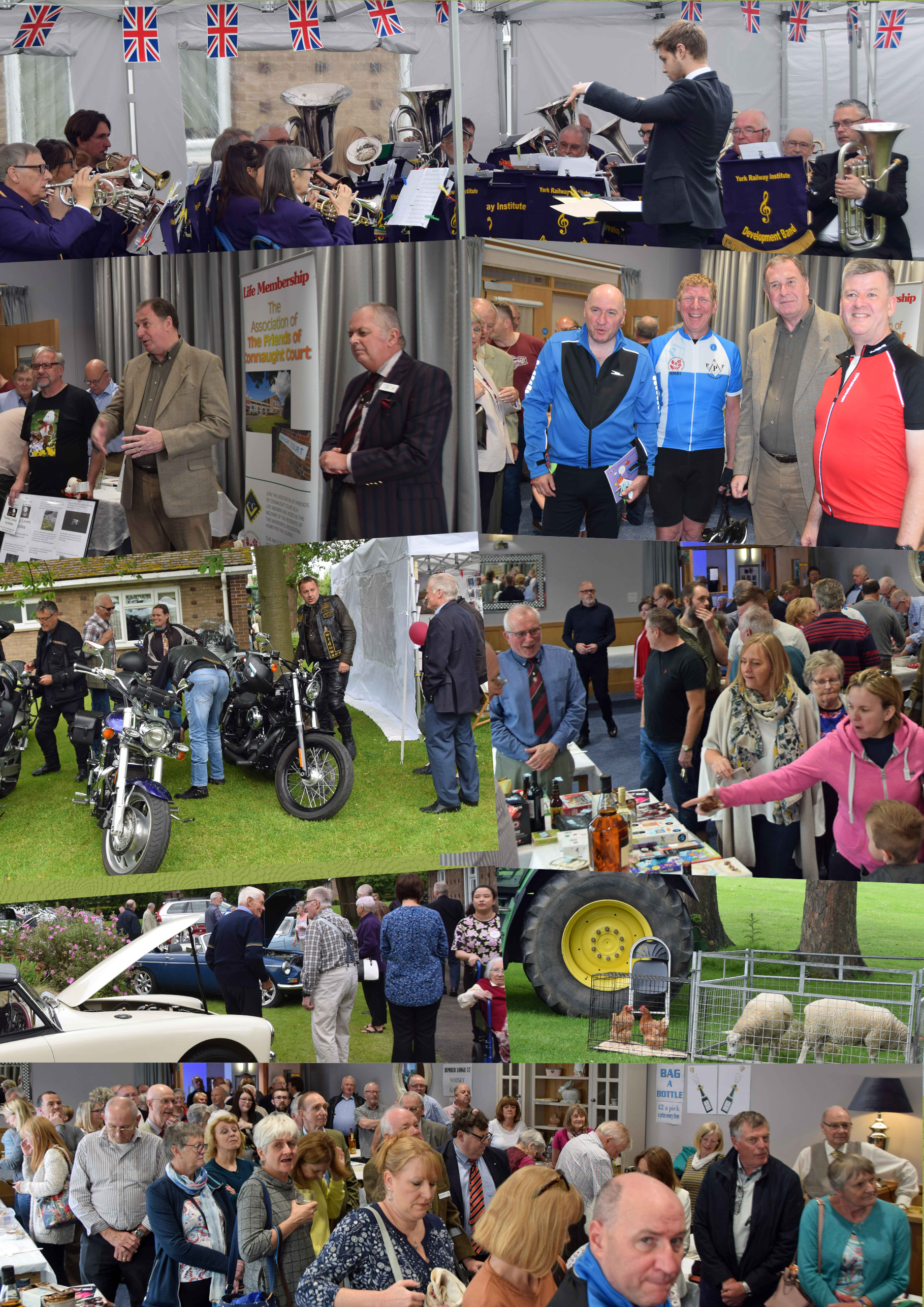