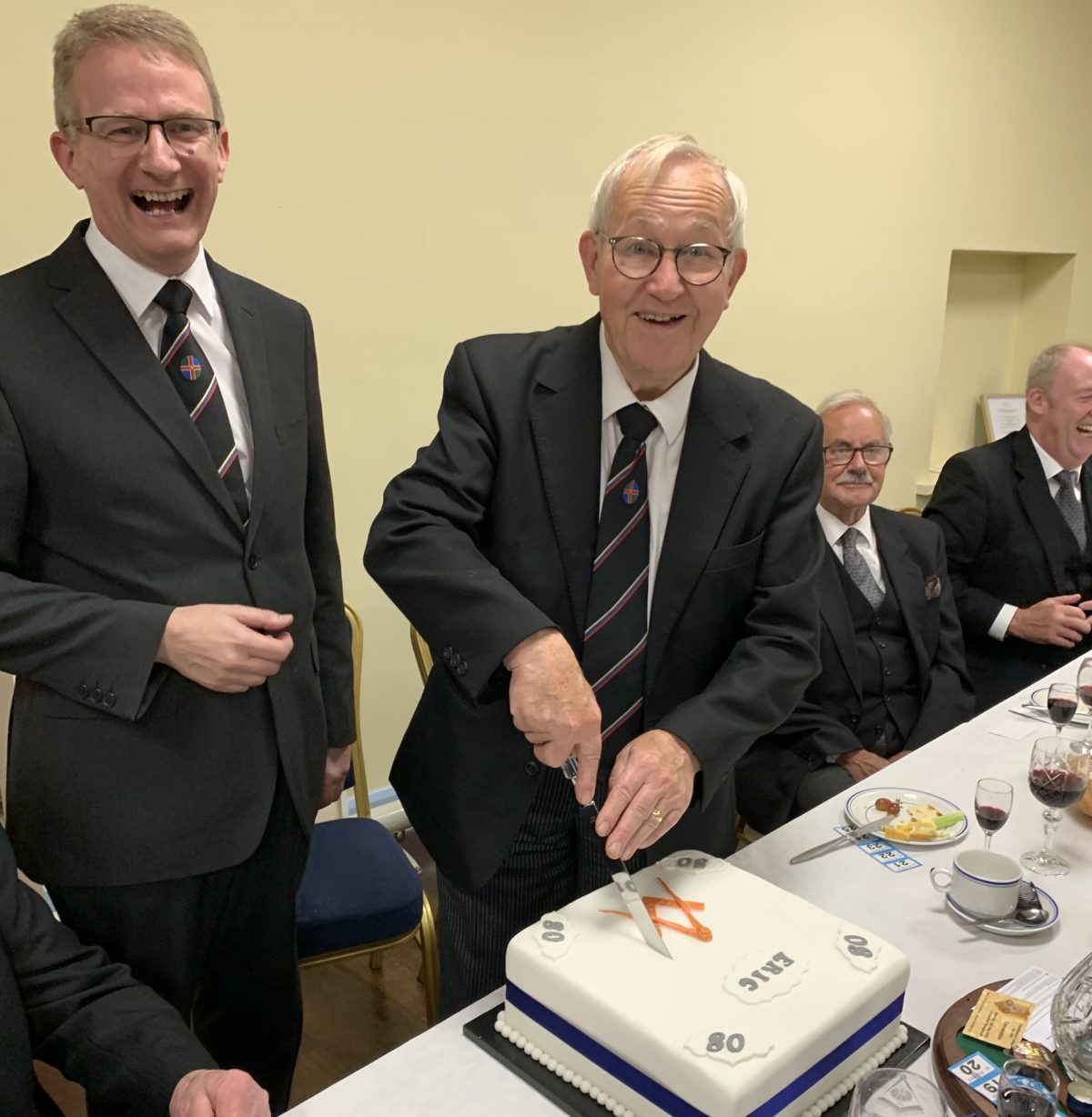 A special celebration was had at the October meeting of the Round Table Lodge of Lincolnshire No. 8240 when the Worshipful Master, Bro Roly Freeman surprised W Bro Eric Phipps  with the gift of a large cake to celebrate his 80th birthday.
Eric thought he had got away with it by not mentioning it to anyone, but with thanks to social media, it had been noticed.
It was suggested that Eric cut the cake to share amongst the Brethren assembled – but the SW, W Bro Simon Burton mentioned that as Eric was once a butcher, so the slices might be rather thin, and it was decided that the caterers should do the honours.
Eric celebrated by treating all those present at the ceremony to a word-perfect explanation of the Extended Second Degree Tracing Board.