Thanks for your help, Market Rasen Mail!

Seven Lincolnshire Freemasons and three friends are paying more than £4,000 each to make an assault on Tanzania’s iconic dormant volcano Mount Kilimanjaro to raise funds for our 2025 Festival.

A chance remark by Festival Chairman Jez Hyland sparked Colin Hill to put into action a dream he’d been considering for some time. “Jez said he might be prepared to go for it, and that was the catalyst I needed to spur me on to do something I’d had in mind for a while,” said expedition leader Colin Hill, newly-appointed Charity Steward at Saint James Lodge in Grimsby.

Colin has put together a team of 10 for the climb, which will begin on August 14th. “There are various routes available. We’ve opted for the nine-day one. It has a far higher chance of success than the shorter options, because it gives us time to acclimatise to the altitude – a major factor, because Kilimanjaro is almost four and a half times higher than Ben Nevis­. “What’s more, it’s a less popular route, and the size of our party means we won’t be making the climb with a group of strangers, which might otherwise be the case.”

The ascent is about a slow and steady uphill walk to the summit, at almost 5,900 metres, the tallest freestanding mountain in the world. The last day will start at midnight so they’ll be at the top, above the clouds, to watch the sun rise. “We have no way of knowing how we’ll cope with the thinner air until we’re actually experiencing it,” said Colin.

The ascent isn’t just about the relentless uphill walk; night time temperatures can be as low as minus 15. The party will be have a professional support team of local guides, who’ll carry food, water, and tents, and will set up camp and cook. “All we’ll have to carry are the things we’ll need during the day,” he said. 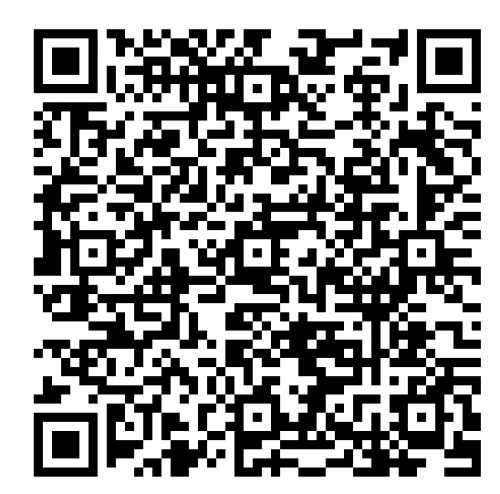 Few airlines fly a suitable route to Tanzania, but one of them is KLM. “That means we can start and finish at Humberside Airport,” said Colin, who has also organised a three-day safari to end the trip. “It felt wrong to conquer Kilimanjaro and not to have some kind of celebration afterwards; this will give us that opportunity.”

You can donate to the £3,000 fundraising target from this trip (which is entirely self-funded, so all of your donation will go to the Festival) using this QR code: