Chris Jones of Lincolnshire’s Free Wheelers Lodge headed south to Leicester to be at the consecration of a new lodge bringing together Freemasons with a shared love of rugby.

Called The Union of Rugby Lodge and numbered 9989, it’s part of the Leicestershire & Rutland Province.

Chris said: “What a fantastic day in Leicester at the Consecration of the Union of Rugby Lodge No. 9989. New friends, a few pints and a lot of laughs. Thanks guys for making us so welcome!”

Meanwhile, a second rugby-themed lodge with a Lincolnshire link will be consecrated in July. This one is to be called the Nomads Rugby Lodge, and will be and numbered 10015. Its consecration will be on Saturday, 16th July at Derby Masonic Hall, and it will embrace the historical rugby grouping of ‘The Three Counties’ of Notts, Lincs and Derby. The lodge plans to meet four times a year within the respective provinces, plus Staffordshire.

Amongst the new lodge’s 41 founder members are the present reigning Provincial Grand Masters of Derbyshire, Nottinghamshire and Staffordshire, all to be installed into offices within the new lodge. Amongst the lodge’s charitable objectives is the support grass-roots rugby, particularly helping aid the provision of kit for the sport at junior and mini levels. 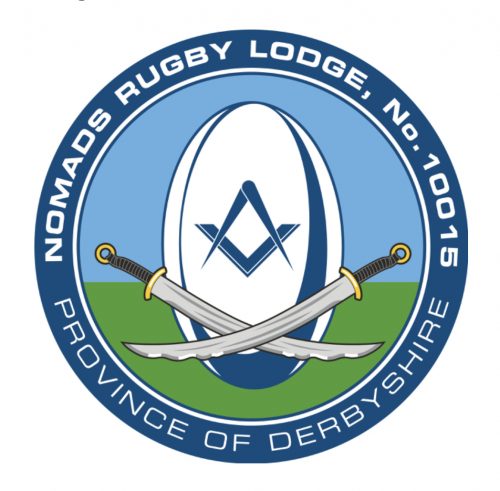 The growth of rugby worldwide, but particularly in the UK and Ireland, has seen numerous other rugby-themed lodges formed in Provinces of East and West Kent in the south, through to the Midlands, as far north as the Durham Province. A successful rugby lodge also meets in Wales.

In the picture with Chris, left, are Paul Haley of the Welsh Rugby Clubs South Wales Lodge, David Fell, of the Hinckley Lodge of Installed Masters, and Daniel Quelch of the newly-consecrated Union of Rugby Lodge. All four had the honour of being the first Master of their respective lodges.