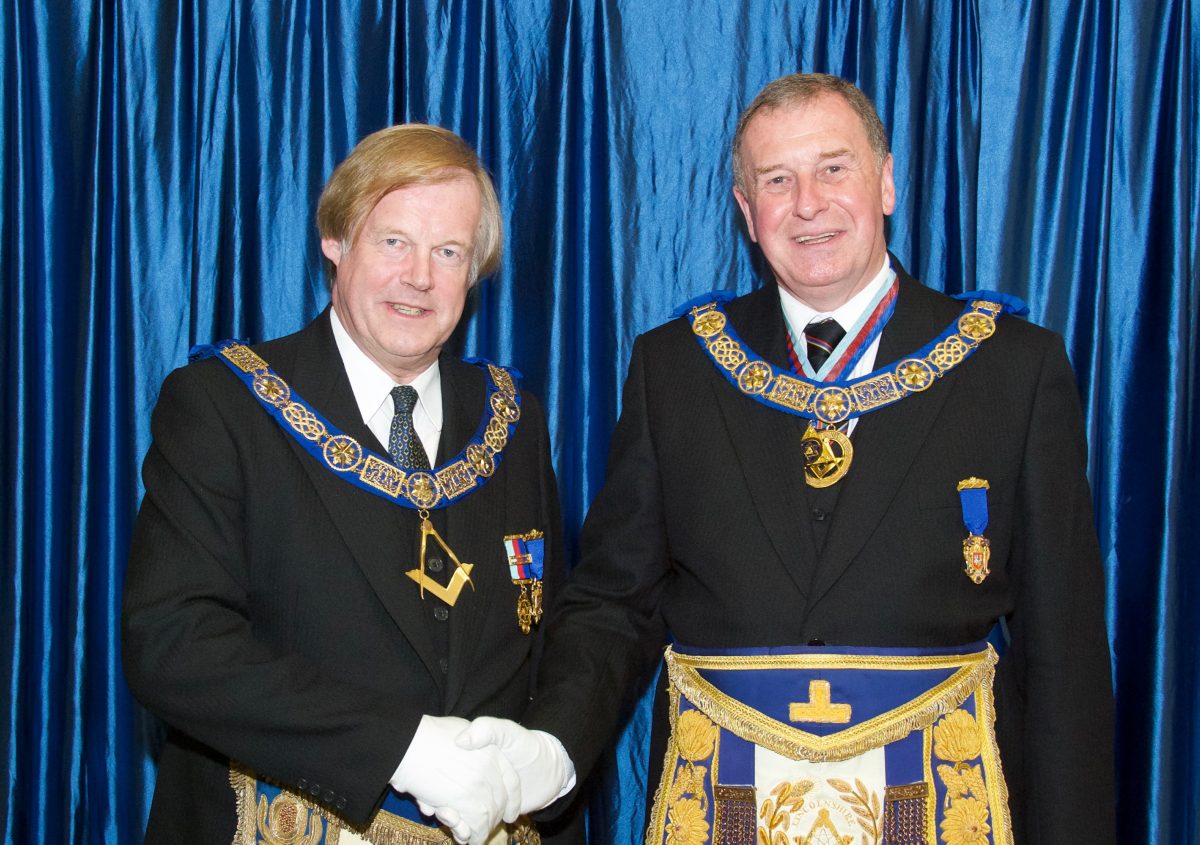 About 450 Lincolnshire brethren and numerous visitors from other Provinces converged on the Epic Centre at the Lincolnshire Showground for the Province’s Grand Chapter and Grand Lodge meetings.

The principal guest was Assistant Grand Master Sir David Wootton, who had several positive comments about the work of Freemasonry in Lincolnshire.

There was a special surprise for Olive Union Lodge member John Speed, who was called out onto the floor of Provincial Grand Lodge by the PGM to receive the Certificate of Merit. It was presented in recognition of more than a decade of commitment made by W Bro Speed to supporting children who lost their parents in the Indian Ocean tsunami of 2004.

The PGM explained that John had been on holiday in Thailand the year before the tsunami struck. When it did, money from Lodge collections had been sent in support, but John went far beyond that commitment. He set up an arrangement for a rolling population of 25 children to continue in education until they were 18, and had made numerous visits to the country to support them in the intervening 14 years. The arrangement was funded through charity and his own personal donations.

Brethren were told that John had even arranged holidays, taking the children to basic hotels which seemed like five-star luxury to them. They had been captivated by their first sight of television cartoons, and had enjoyed the ensuite hot showers. Bathrooms floors were awash, but the children had clearly enjoyed themselves.

The full text of speeches made by Rt W Bro Wheeler is available to read here, where there is also a gallery of pictures which will expand if clicked upon.