That’s my boy: Dad travels from his North Wales Lodge to confer his son’s third degree in Lincolnshire 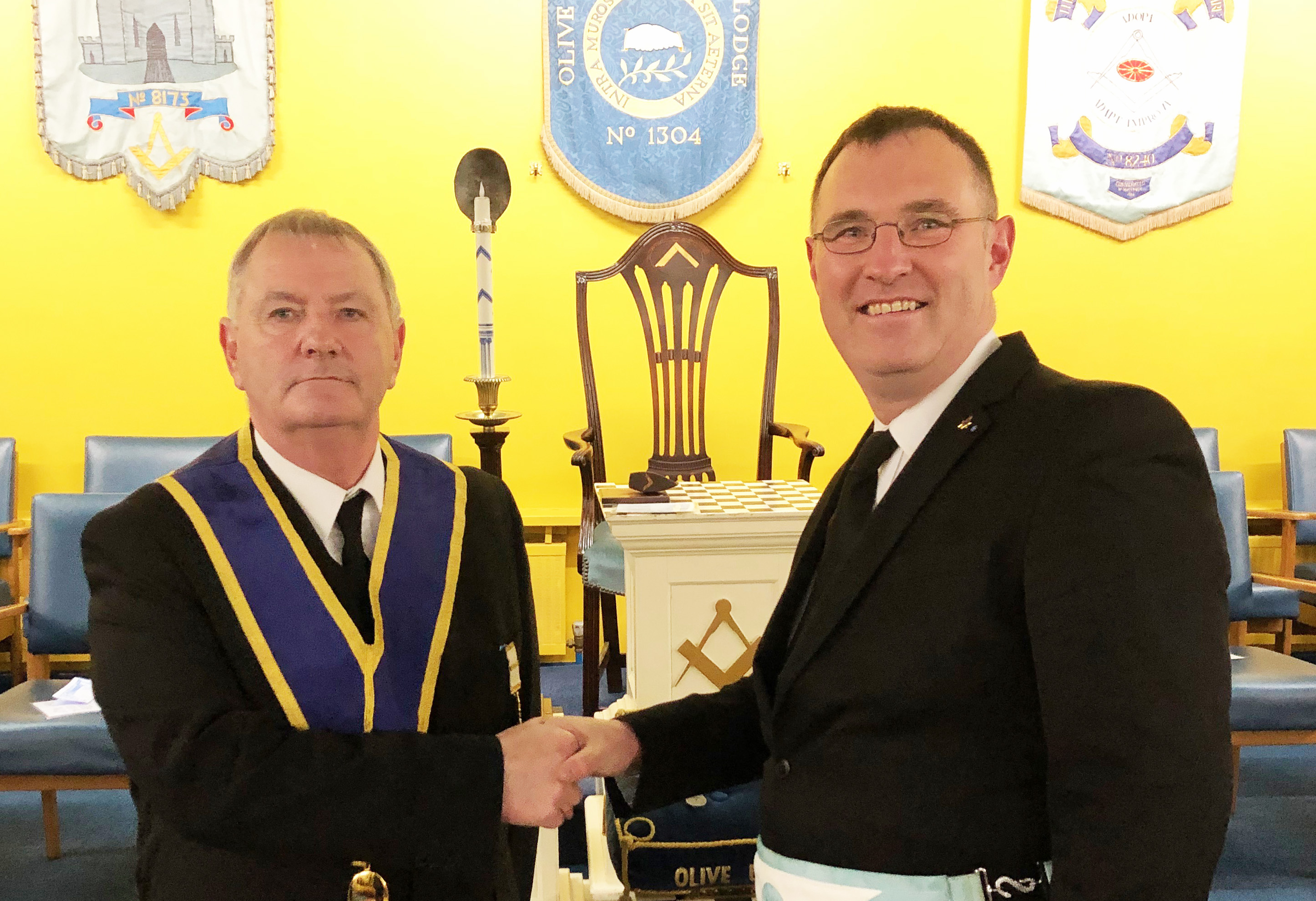 When Lincolnshire Freemason Gary Hurst was raised to the third degree the ceremony was performed by his dad Glyn, who travelled from North Wales for the ceremony.
Gary always wanted to follow his father into Freemasonry, and was initiated into Olive Union Lodge 1304 in Horncastle in November 2017, watched by his father.
But, when his raising was being planned, Olive Union’s Master, David Clarke, had the idea that Glyn might like to perform the ceremony.
Gary said: “Whilst fathers initiating, passing and raising their sons is commonplace, the opportunity to do it not only in a different Lodge to your own, but also in a different Province was an exciting prospect for Dad, and after a few telephone conversations – including checking both lodges were using the same ritual and even language – the scene was set for him to take control.”
Glyn travelled from North Wales on the day of the ceremony, arriving in plenty of time to meet David face to face and run through the ceremony schedule with Olive Union’s DC to ensure everything came together perfectly.
“With the Lodge opened in the 2nd Degree, David handed the gavel over to Dad, who put the questions to me and then carried out the raising, assisted by Olive Union brethren.
“We’d been planning for Dad coming back to see my raising ever since I was initiated, but having him in the chair made it extra special. I know I speak for both of us in sending thanks to everyone who made it possible.”
Gary’s a serving member of the RAF, and has settled in Lincolnshire. Dad Glyn is a member of Pennant Lodge 7348 in North Wales, where he is PProvGCHStwd.