How to take better pictures

Briggs’s Ancholme Lodge has celebrated an auspicious day in its history in a memorable way, as Chris Fletcher reports….

The 26th October 2019 was an auspicious day in the history of Ancholme Lodge: It was the 150th Anniversary of the Lodge, though not of Freemasonry in Brigg, and we had a new banner which was dedicated by our Provincial Grand Master.

We needed special permission, a dispensation, to move our Lodge meeting from its normal Monday night to a Saturday lunchtime, but we wanted it to be a close as possible to the anniversary of the actual date of 25th October 1869. We all had to learn a new term (sesquicentennial) and then had to say it!

It was an early start for the large Provincial team. However, we laid on tea and cakes to ensure they were sustained.

Once the Worshipful Master, Dave Hirst, had opened the Lodge, the PGM David Wheeler took charge of proceedings. An interesting extract from the centenary meeting was read out by Mike Johnson, which reflected that even then the members of the lodge had concerns about new technology and the place of Freemasonry in the modern world!

The new Banner was then dedicated and presented to the packed room. Shown below, it really is an impressive sight.

Before the Provincial Grand Master handed the ceremony back to the Ancholme Brethren, a surprise was in store. He presented a new Gavel, made from Lincolnshire timber, to the lodge. The H, K and L stand for the original regions of Lincolnshire; Holland, Kesteven and Lindsey.

We were joined by 40 visitors, so the lodge room was “cosy”, but all agreed that they would not have missed such an interesting event. Prior to our meal, we gathered the lodge members for a celebratory picture.

The brethren, with their guests and visitors, then retired to the Angle Suite where they enjoyed a celebratory meal based on the centenary meal of 1969, and another gift – an engraved money clip.

The new banner, the Provincial team, our own members, and the surprise gavel are all shown below. 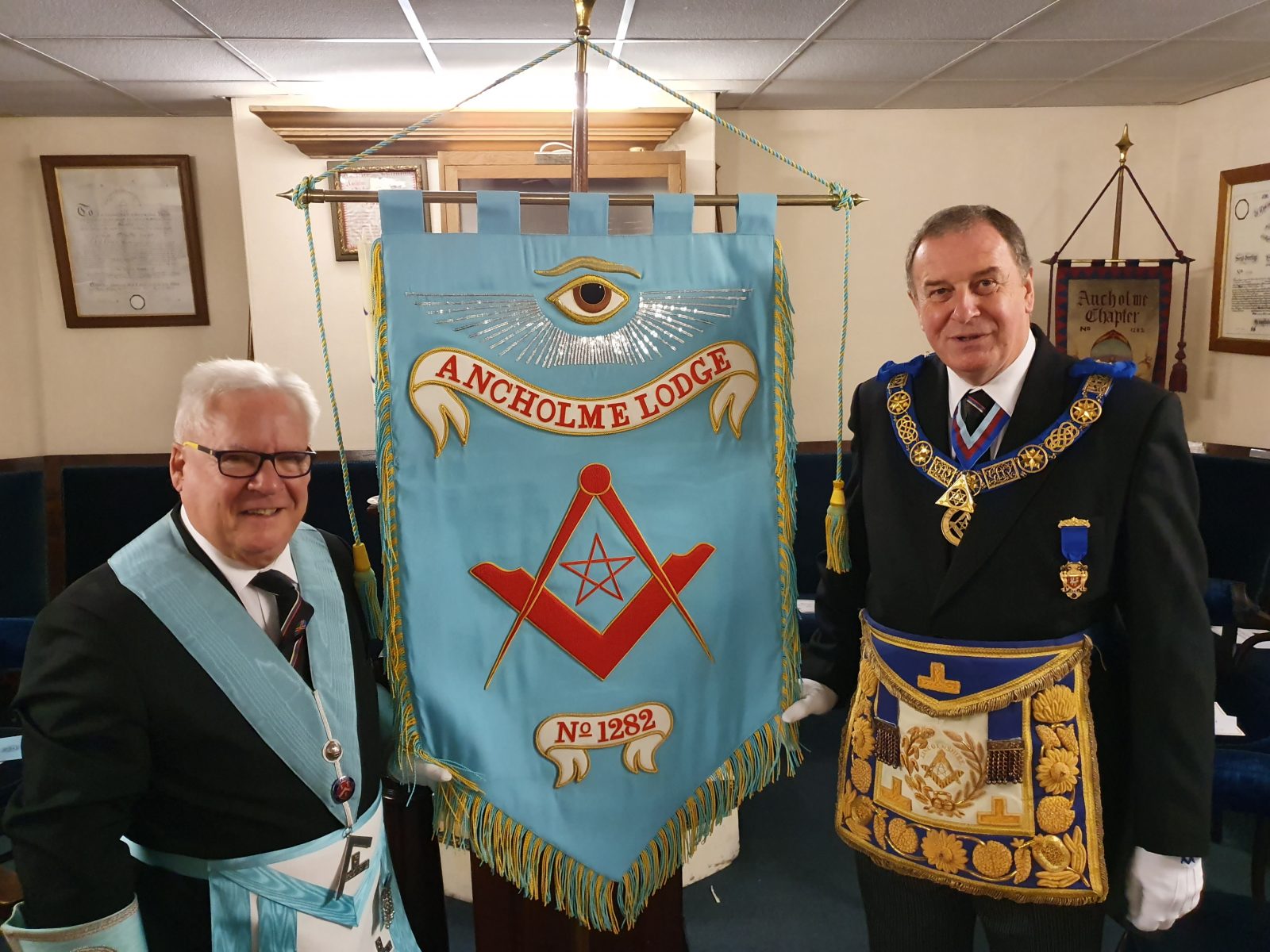 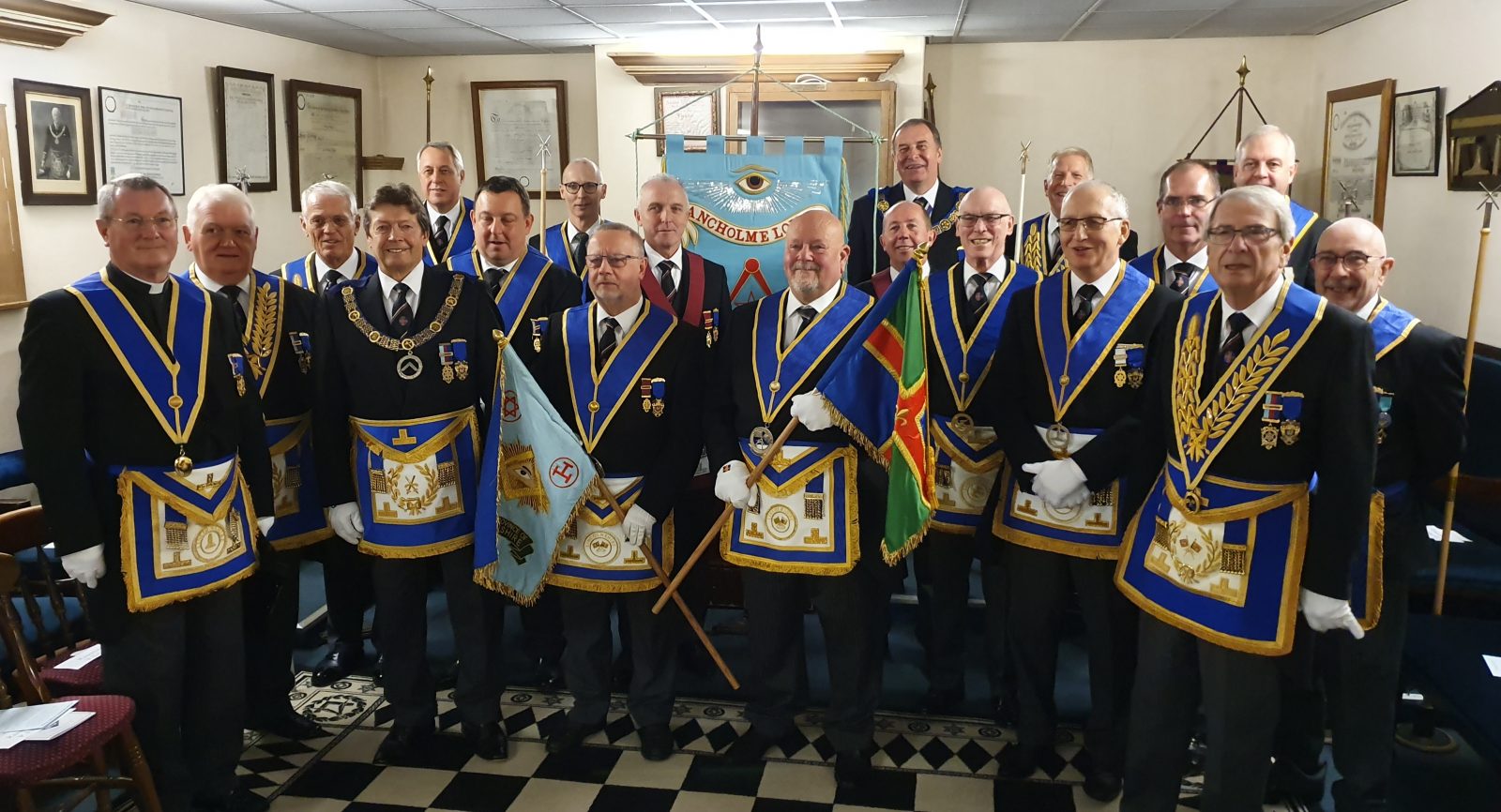 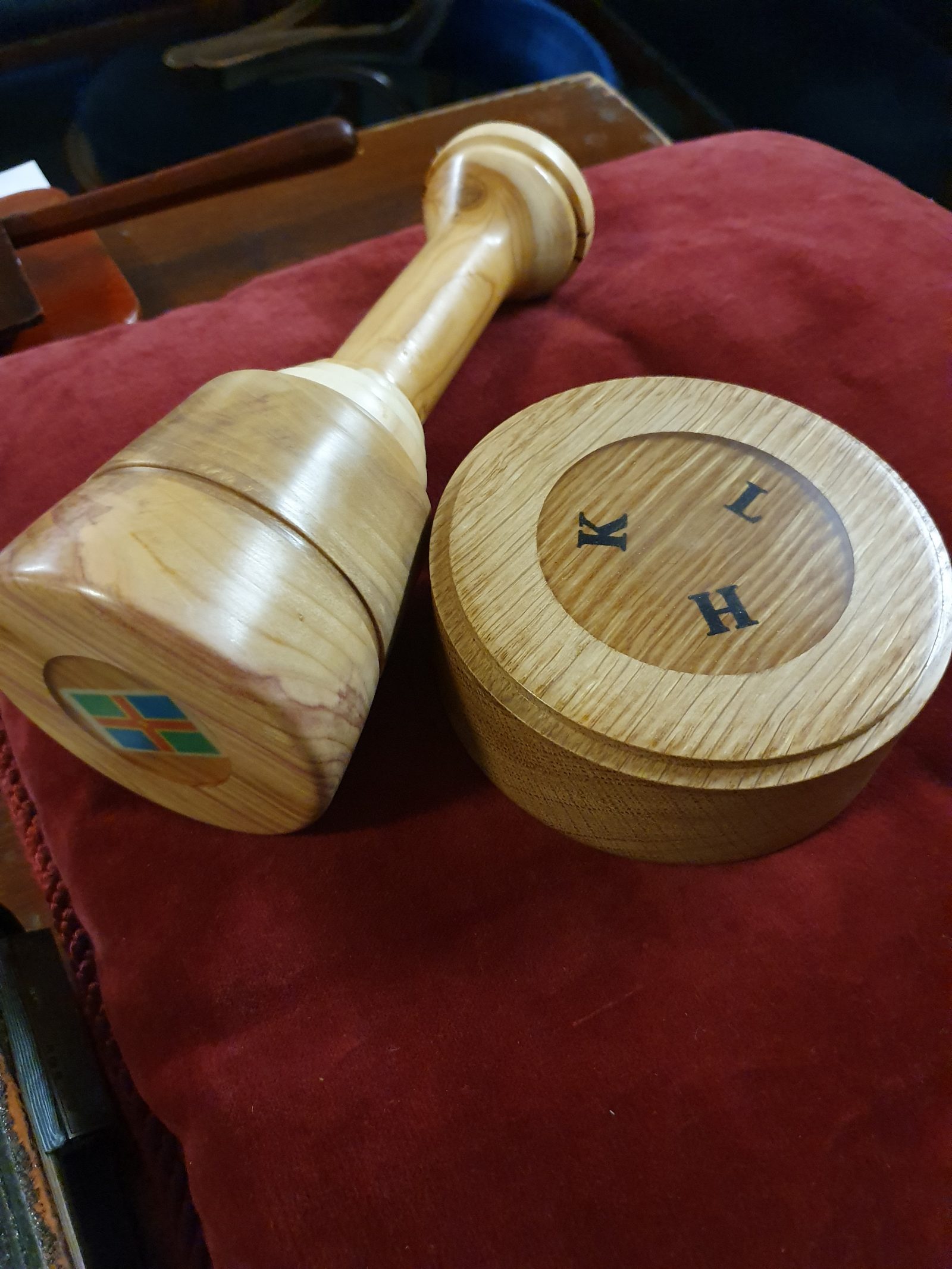