Brigg Freemasons have given £200 of their own money to the North Lincolnshire Veterans Community Hub to help volunteers in their work to support people coming out of the forces.

The ex-service people miss the camaraderie offered by their time with like-minded people – in itself something Freemasons hold dear, because they understand and value it too. The donation, from members of the Ancholme Chapter of Royal Arch Freemasons (a group within Lincolnshire’s 3,000 Freemasons), will be used to help veterans out of their shell by funding organised events at which they can reconnect with the kind of friendships they enjoyed serving the colours.

North Lincolnshire Veterans Community Hub is a Community Interest Company, set up to benefit the community rather than shareholders. It’s an organisation that signposts Veterans in need of help to official support as well as providing support in the form of chats, breakfasts, and a listening ear.

David Stiff, right, presented the cheque to the veterans, and was interviewed by BBC Radio Humberside’s Andy Comfort. You can listen to the interview here, if you wind forward to 2hours 43 minutes: Andy Comfort – 05/05/2022 – BBC Sounds

Last October Lincolnshire’s Freemasons signed the Armed Forces Covenant in recognition of the high regard in which we hold the armed forces – a tangible demonstration of a continued commitment to those who serve. 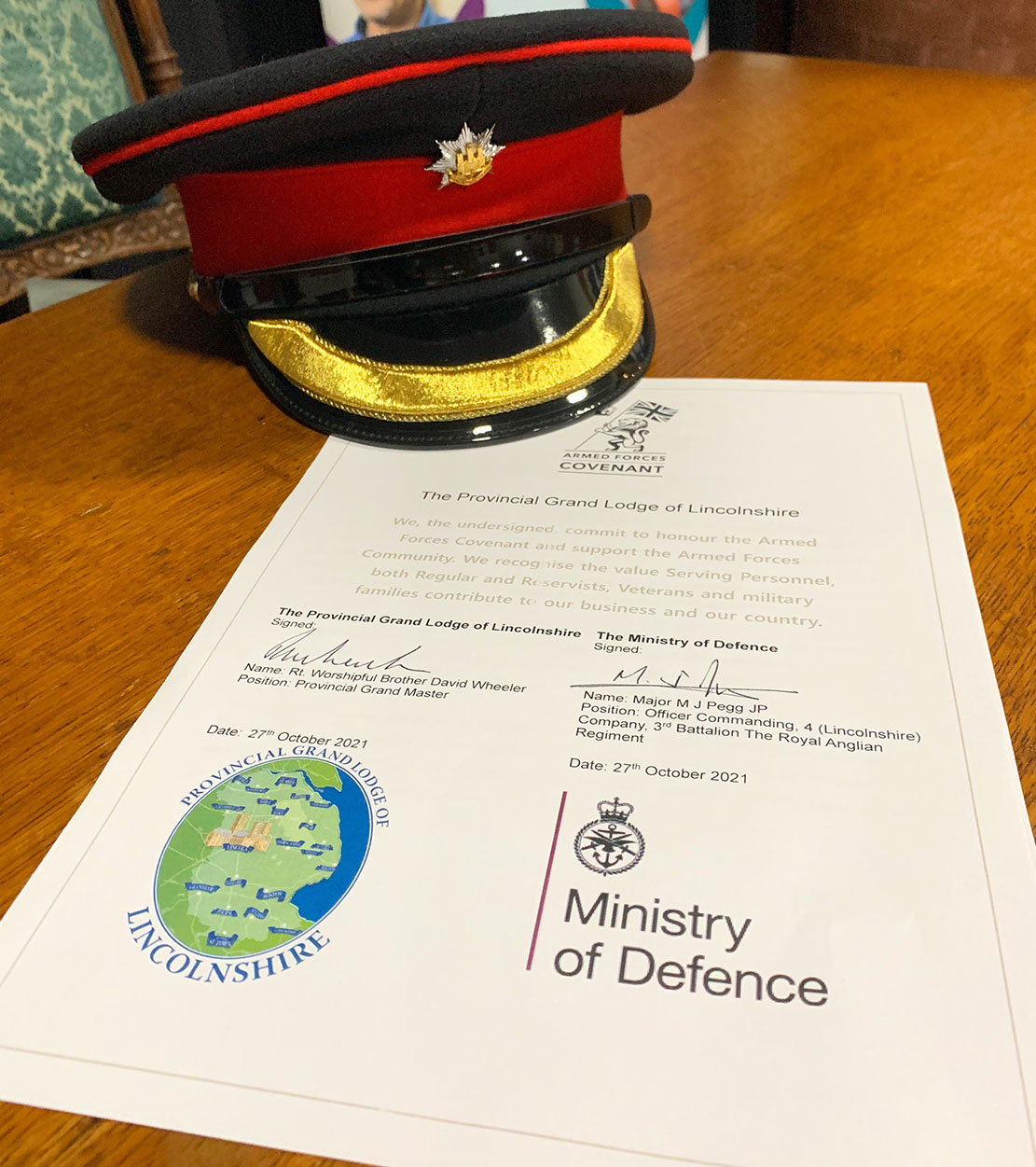 The landmark document was signed by Provincial Grand Master Dave Wheeler on behalf of the Freemasons, and on behalf of the Ministry of Defence by Maj. Mitch Pegg, Commanding Officer of 4 (Lincolnshire) Company, 3rd Battalion of the Royal Anglian Regiment.

Dave Wheeler said: “Our Lodges and Chapters, through the centuries, have always had a close relationship with those who serve in the armed forces. Servicemen have found that our values of integrity, friendship, respect and charity are a natural fit with their own, and many ex-servicemen comment that the camaraderie they find in a lodge is second only to what they have experienced whilst serving.

“It is also true to say the the experiences and friendships they form help a much wider cross-section of society to better understand the military; its ethos and its purpose.

“I am delighted to have formally recognised, in this document, the relationship that has always existed between our great institutions.”

Provincial Grand Secretary Tony Miller added: “Freemasonry’s charities have a long and proud history of supporting the Armed Forces, and our decision to make this commitment through the covenant will enhance this support in the years ahead.”

Concert at the Castle: Here’s what the PGM thought of the evening 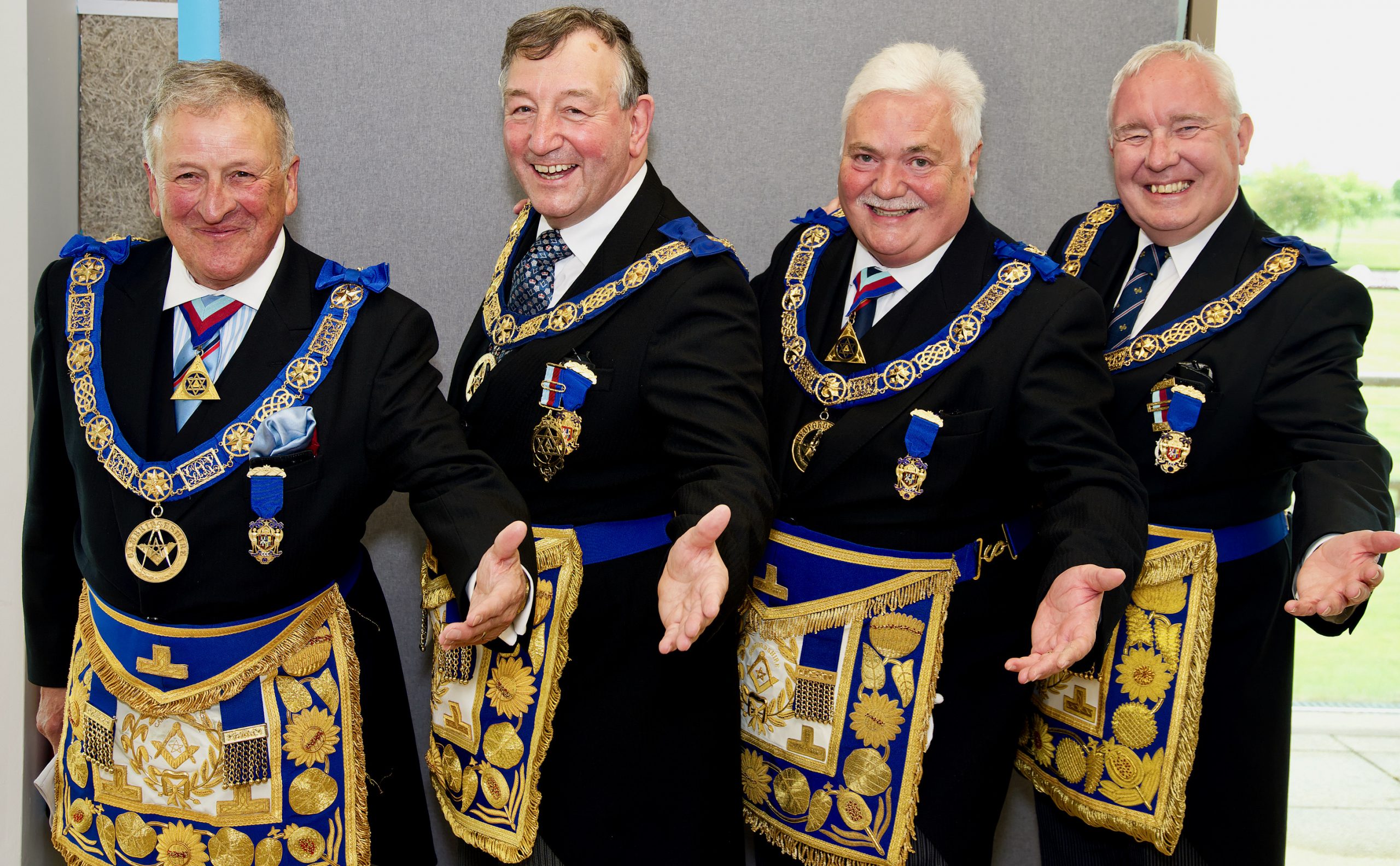