Life under lockdown: An update from the Provincial Grand Master 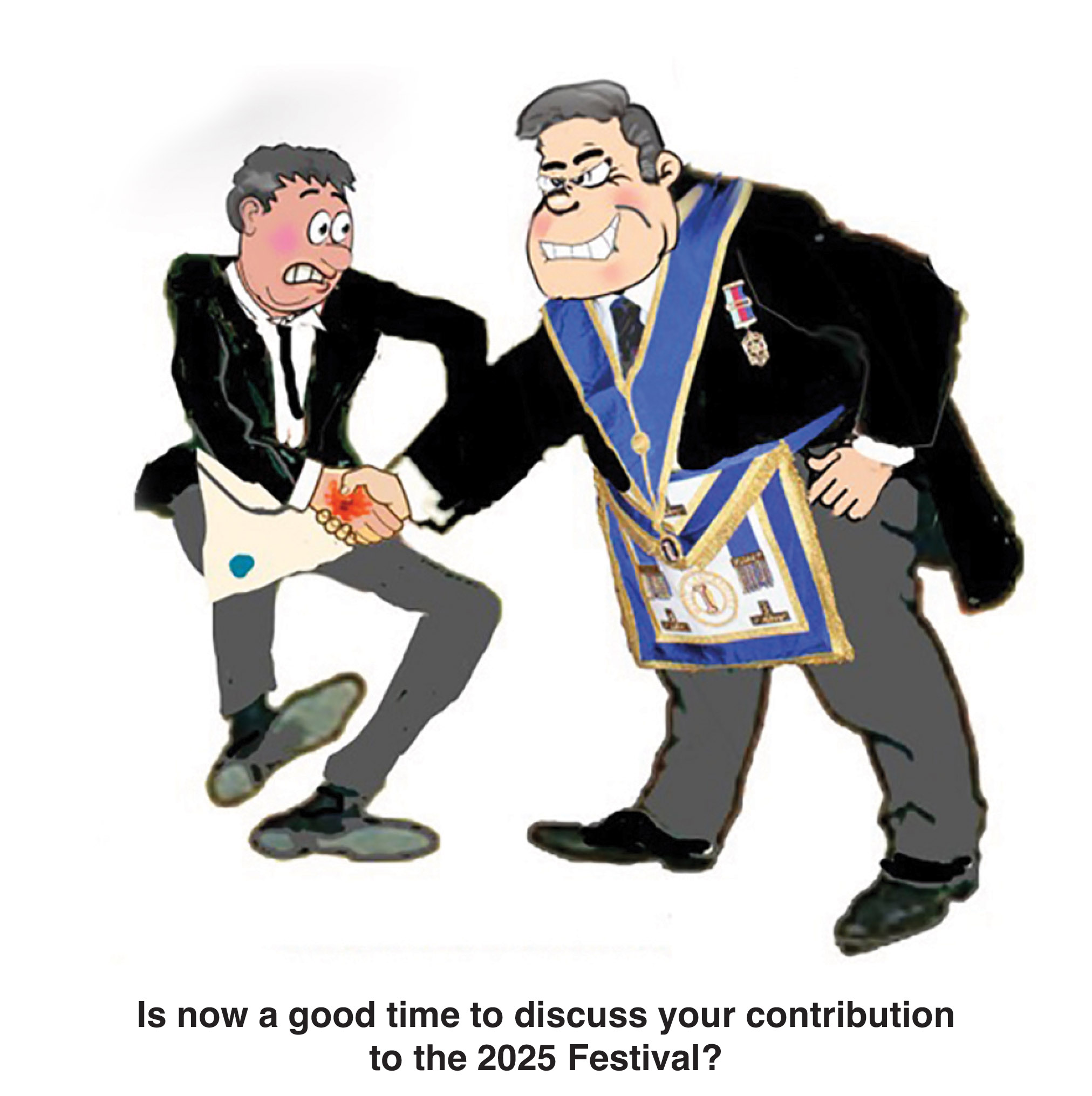 Chris Rimington of Scunthorpe’s Pharos Lodge is the winner of the latest Gerald Sclater cartoon caption competition with his suggestion, which is in the cartoon above.

In the competition, judged by PGM Dave Wheeler, who had no idea who had written which caption, he picked two by PCO Stuart Pearcey in second and third places, with: “It’ll soon be time to start thinking about joining Chapter; make sure you come to me first,” and “He felt certain the words had been ‘grip or token’ and not ‘grip and broken’…”

A signed cartoon about Freemasonry, created by cartoonist Gerald Sclater, must be won every week in our web site competition. Whilst dedicated teams in the NHS sustain their heroic efforts to keep the service going, and almost half a million volunteers have stepped up and help through the current crisis, a great many more are doing what they’ve been asked to do, which is simply to stay at home.

That can be a tough ask, which is why we’ve come up with this competition. No doubt we’ve all seen cartoons with a Freemasonry twist created by Gerald Sclater. He’s very kindly given us permission to take the text out of some of them, and invite you to add your own. To say thank you we have made a donation to Teddies for Loving Care. The competition has been picked up by our colleagues in the neighbouring province of Northamptonshire, who have also made a donation to TLC.

Entries are being judged each week by the PGM Dave Wheeler, and the winner receives a piece of artwork signed by Gerald. A new cartoon is posted on the web site at noon every Friday, and you’ll have until noon the following Friday to think of novel, funny, and printable text to add. Send your suggestions  to Nick Brown of Paulinus Lodge in Lincoln (who, as part of the Provincial Mentoring Team, has liaised with Gerald to make the whole thing possible) by noon next Friday. Nick’s email is nicktheonion@hotmail.com. He looks forward to seeing your entries – and multiple suggestions are allowed, as you’ll see from this week’s results!