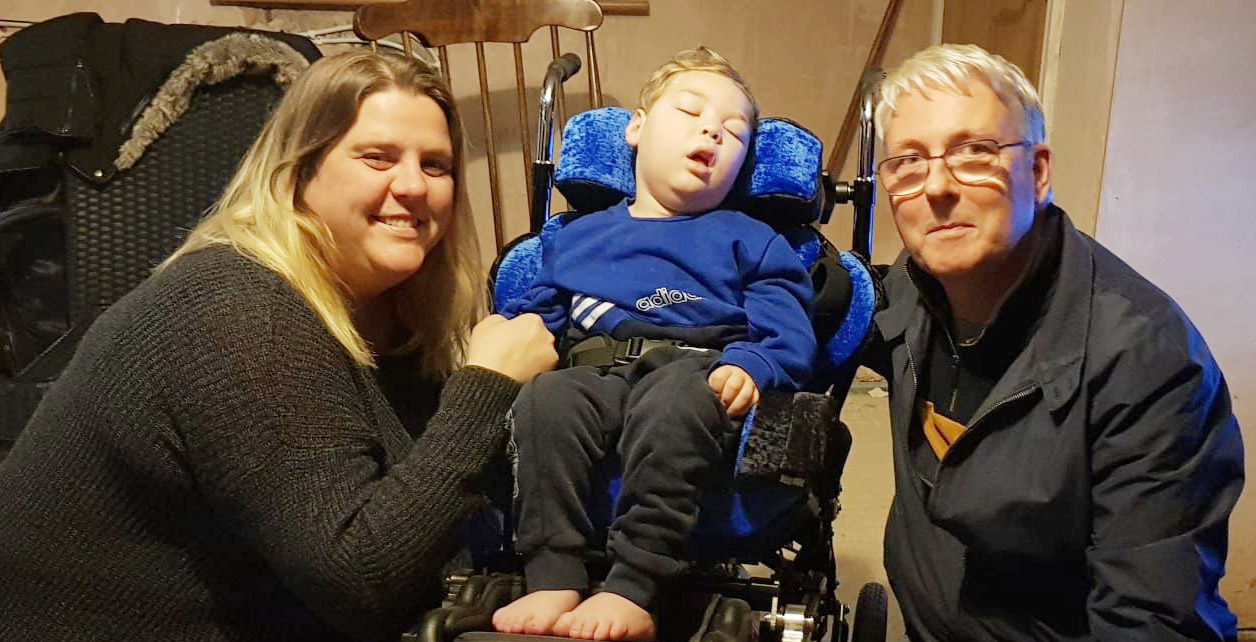 Ian Taylor with Theo and his mum

The hearts of Lincoln Freemasons making a donation of £670 to Theo Peatfield and his mum Kayleigh have been melted by a city family battling through a DIY Big Build-style project to create an accessible home.

Three-year-old Theo has a life-limiting condition, and the cash support from the Freemasons of Brayford Corks Lodge has been added to donations already made by firms in the area.

Mike Clay went to make the donation with Ian Taylor. Said Mike: “Theo and his mum truly melted our hearts. They are a true and worthy cause. His mum was truly made up with the cash but could do with so much more. They have builders, plumbers, electricians and other trades helping out on a free basis, but they could do with a real team of local DIY SOS team going in and sorting everything out before the winter sets in.

“What a fantastic family they are. We are so proud and humbled to help Theo and his mum, but there is still so much more to do with house renovations and alterations that will last through the coldest months of the year.”

The Lincolnite reported that Theo suffers from Ohtahara syndrome, and his ARx gene is mutated which causes a rare type of epilepsy that is uncontrollable and resistant to drugs.

“Theo is wheelchair bound and the current layout of his grandma Sharon’s house, where he has been living with his mum, is unsuitable. He is unable to access the house using the front door in his wheelchair as there isn’t enough room.

“This has meant Kayleigh lifting Theo, who needs round the clock care, in and out which is far from ideal, but luckily there were plans in place for a small extension to the front of the house.

“A Facebook page was set up called The Adventure’s of Theo for the big build, created by family friend Michelle McCourt and Kayleigh, Sharon, and Kayleigh’s sister Natasha Green.

The main building work has been done and Kayleigh, Theo and Sharon have moved out of their home and have alternative accommodation with family until the interior is finished.

Theo has been in and out of hospital for most of his life, which at times has resulted in him needing specialist care in the PICU in Nottingham’s Queen’s Medical Centre.

Despite all the challenges Theo faces on a daily basis, he is a happy and cheeky three-year-old with a strong sense of humour.

He communicates through vocalisations and using his body to show his likes and dislikes. He loves balloons, jelly cats, dressing up outfits, and his cousins, and is very partial to watching The Chase and football on TV.

Firms have already offered their support to the project.