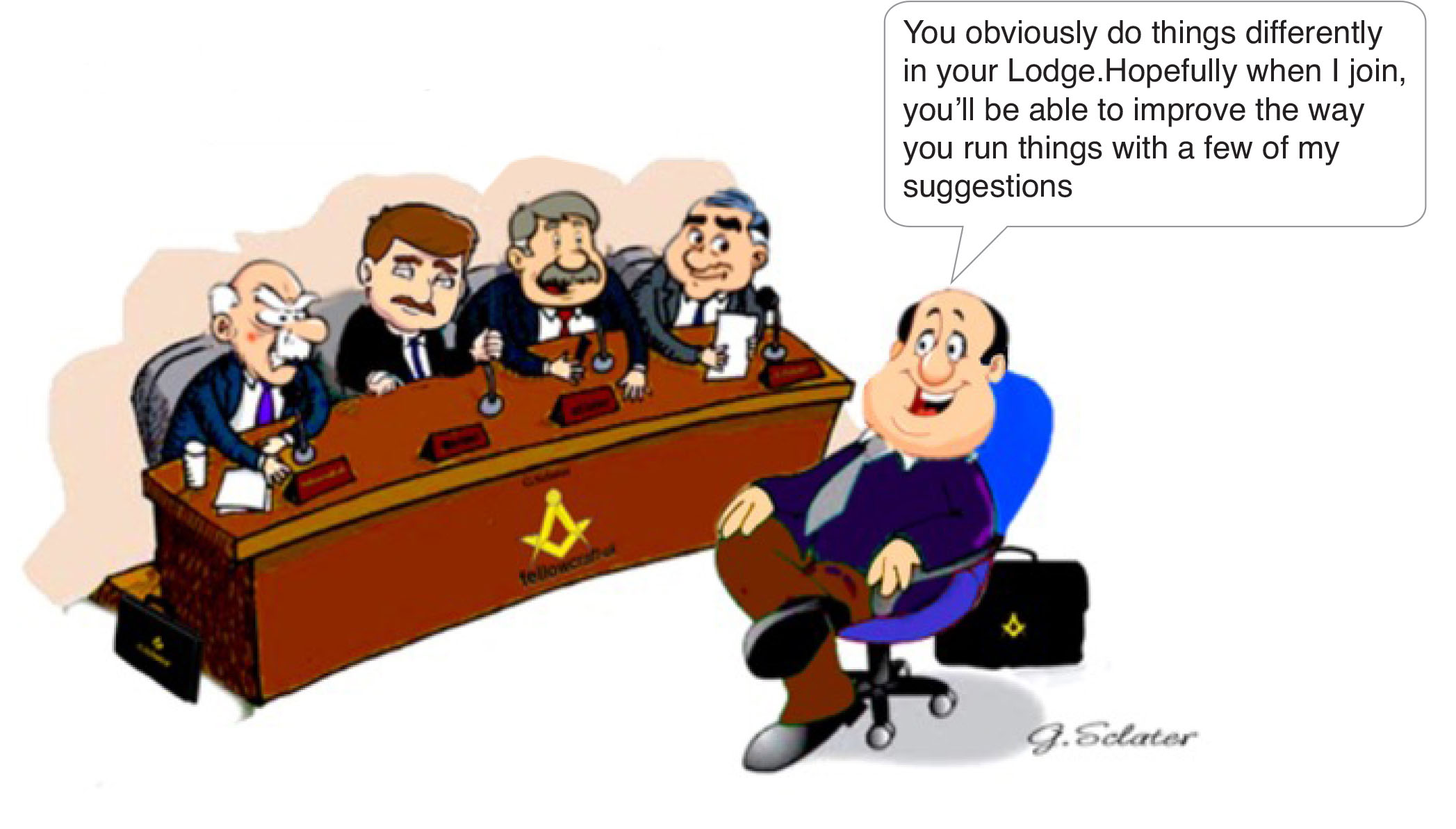 Chris’s cartoon caption, shown here, was the favourite from all 12 winning entries in our lockdown competition, and wins not only a signed piece of artwork but also a copy of Gerald’s book  – the Miscellany of Mirth.

Second was Chris Rimington of Pharos Lodge in Scunthorpe, and third was Nick Brown, also of Paulinus Lodge.

The competition was the idea of Provincial Mentor David Buckingham, and organised by his assistant Nick Brown. All of the judging was done blind, so winners were judged entirely on merit. As a result of work done in Lincolnshire a number of other Provinces picked it up, and Gerald received a number of enquiries.

Lincolnshire members chipped in personal donations that made a gift of £200 from the Province. This year the charity is expected to donate its three millionth bear to offer comfort to a child going into hospital.