NHS nurse Charli Blakely has taken the bull by the horns and become the first baker to step up to the latest fund-raising challenge from the inventive Freemasons of Skegness.

It’s the The So Bake It Be Challenge, which encourages people encouraged to get creative in the kitchen to raise money for the #Lincs2025 Festival in support of the Freemasons’ charity the MCF – and Charlie already has orders for 230 cupcakes.

‘Head chef’ behind the scheme is Tony O’Brien, who said: “It’s a simple format that needs you to bake a cake, cupcakes, or a lasagne, coq au vin, or any other dishes and sell what you’ve made to friends and family to raise money.”

Charli, a recipient of one of the ‘thank you NHS mugs, got to hear about the initiative from her Grandad Graham Longdon who, like Tony, is a member of Lindsey Lodge. Said Tony: “I told Graham; he told He told Charli, and she took the bull by the horns at forged ahead. In only a couple of days she secured orders for 230 cupcakes!  Demand has been so great she’s had to pause taking any more orders (at least until Grandad builds a bakery on the side of his house…!) We don’t expect anyone to sell a lot, just try their best and share the results on our Facebook page here. 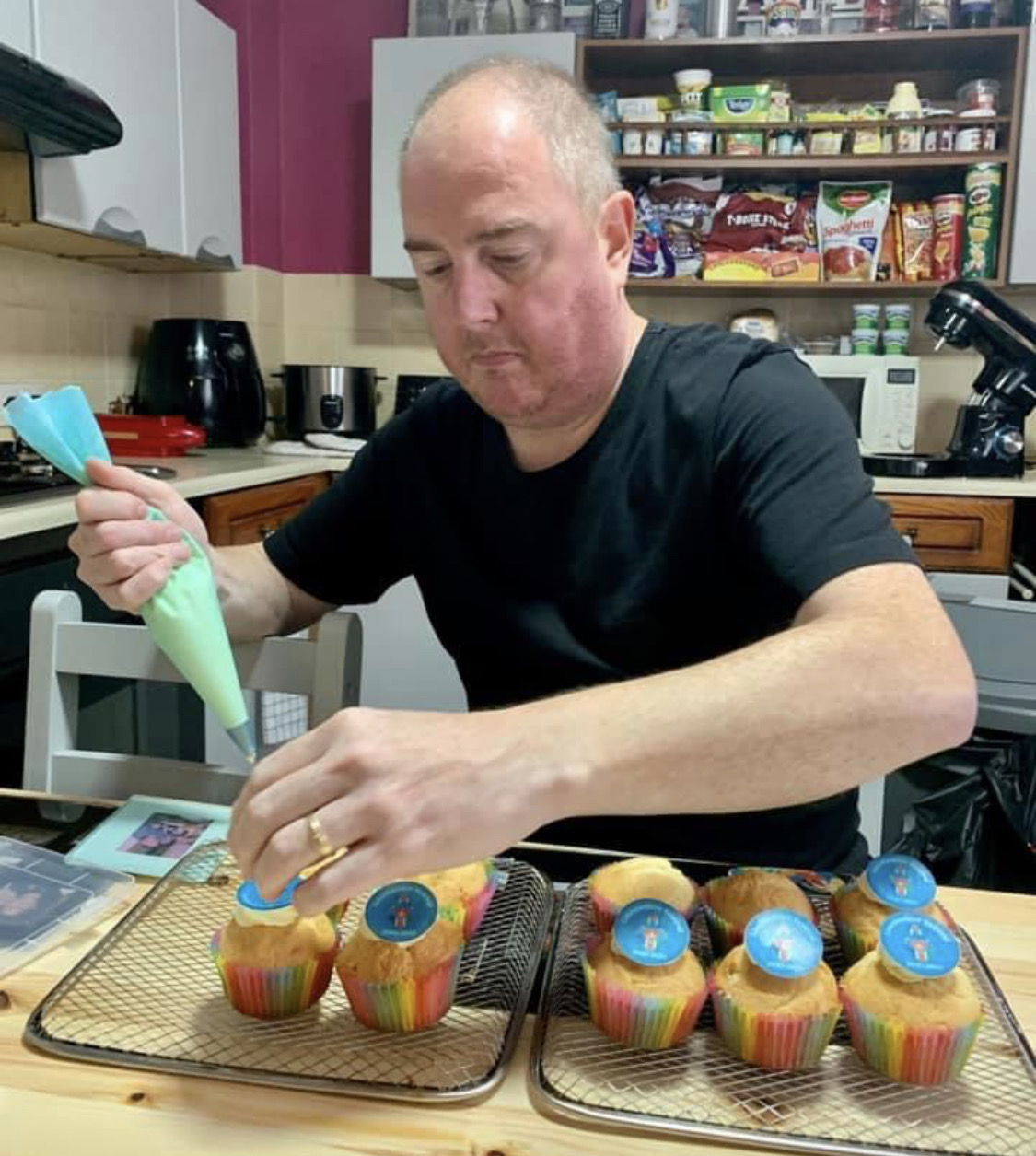 Tony O’Brien busy in the kitchen

Tony’s plan is that the challenge will gather its own momentum because every baker will be asked to nominate three others/. “People should get creative – the sky’s the limit. Involve children and grandchildren – it’s a great summer holiday activity that teaches life skills and doesn’t need a computer. Many hands make light work – but don’t make both; too many people involved in that might spoil it, of the old saying is anything to go by.”

When you’ve sold the fruits of your labour, donate the proceeds to the Challenge’s Everyday Hero page at this link. Tony has even suggested text to use to nominate your three bakers. He said: Once you have completed the challenge, its time to nominate three others to try it. Please nominate at least one person from another Lodge in order to spread the message further afield. Post the nomination to your Facebook feed along with the any pictures of you baking, and use the template below. Just copy it, put in the names, and post it. ‘Thanks for the nomination <enter name here>. I’ve taken part in the Lincolnshire Festival “So Bake It Be” challenge which is raising money for the Masonic Charitable Foundation (Lincolnshire Relief Chest E0151)

It’s now time for <enter nominated friends here> to get flour on their noses and raise money for this great cause.
You have 7 days to complete the challenge and post your results onto your feed and the SO BAKE IT BE Challenge facebook page.
https://www.facebook.com/The-So-Bake-It-Be-Challenge-620188848629503/

Tony added: “I’ve got flour on my nose, because I’m giving it a go – but remember that even if you can’t bake, there’s always the ‘fake it’ option too. All the money donated to the #Lincs2025 Festival will make a positive difference to someone’s life.”